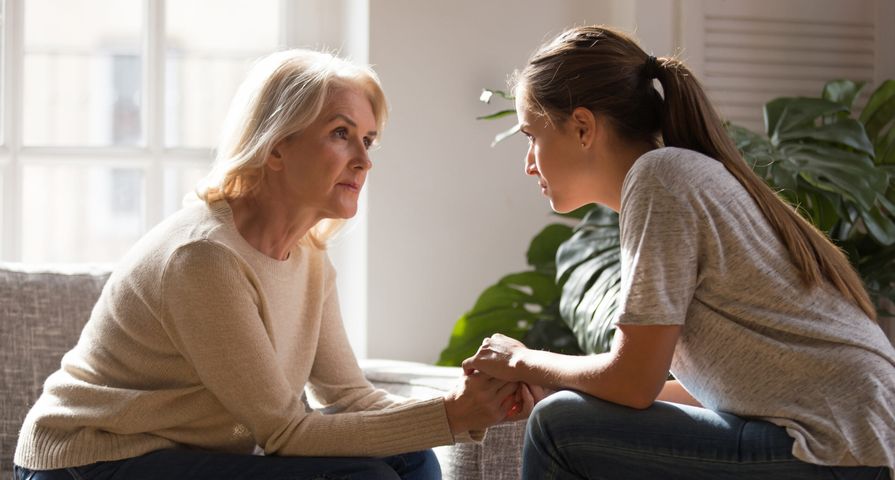 Couple Finances: Whose Retirement Should You Fund First?

We all want to be able to take care of our parents as they age, should they need it. I know every family’s dynamic is a bit different. However, I personally couldn’t fandom living a comfortable life while my mom struggled to make ends through her golden years. Despite that, I do know that some people go ahead and live large while their aging parents struggle financially. If that’s you, you need to be careful. You could actually end up sued one day. That’s because 26 states (plus Puerto Rico) have what’s known as parental support laws on the books. Here’s a list of them all. Also called filial support laws, these laws states that children are on the hook for their parents’ basic needs.

These laws have been around since colonial times. At one time, a full 45 states had filial support laws on the books. The thinking behind these laws was to make certain family would take care of aging or ailing members. That was preferred to having elderly citizens rely on public resources. However, many states repealed their filial support laws when Medicaid began providing more relief to those who needed it.

You should know that very few states actually enforce parental support laws. However, there have been cases in North Dakota and Pennsylvania that indicate what adult children might be in for if more long-term care providers take advantage of the laws. Here is what you need to know, starting with a couple real life examples.

A Pennsylvania superior court ruled that an adult child owed his mother’s nursing home $93,000, based upon his ability to pay. In this case, the mother, Maryann Pittas, was in a rehabilitation facility for six months after she broke both her legs in a car accident. Since she didn’t have her own Medicaid coverage completely in order, she was unable to pay for her treatment. After leaving the facility, she relocated to Greece to live with extended family.

The rehab facility sued Maryann’s son, John Pittas, for the full amount of what she owed. After several years of litigation, the Superior Court ruled in May 2012 that Pittas was liable. The court based their decision upon Pittas’s ability to pay. He only made $85,000 per year as a restaurant manager, but he was slapped a $93,000 judgment — with interest accruing at 6% a year. Yikes!

They (wrongly) assumed that the nursing home wouldn’t be able to sue them for unpaid bills if they didn’t have any assets to claim. The parental support laws, however, meant that Elden could be found liable for the costs — which he was. So don’t try to “beat the system” by stripping your elderly parents of all their assets and then sticking them in a home with no intention of paying. Especially if you live in North Dakaota.

There are gaps in Medicare and Medicaid. If your parents are on either plan, it’s important to remember that nursing home coverage is limited. Certain conditions must be met in order for your parent’s long-term care to be covered. Additionally, that coverage usually lapses after 100 days.

Once that happens, (and if there is no long-term care insurance), patients must pay for their own care until they have depleted their resources. At that point, they can be eligible for Medicaid. Unfortunately, applying for Medicaid can be a convoluted process. Also, there may be a gap in coverage between paying privately and being eligible for Medicaid, which can cause further headaches.

It’s a mistake to assume that Medicare and Medicaid will completely take care of your parents. So make sure you know exactly what is (and isn’t) covered, so you don’t mistakenly rack up huge bills that your family can’t cover.

It’s not just costly lawsuits and expensive judgements. You can actually go to jail for failing to support your parents. This isn’t the case for every state, but some states regard the refusal of support a misdemeanor. In North Carolina, for example, an adult child can face jail time up to 60 days for the first offense and up to 120 days for any subsequent convictions.

That’s not all. Remember that even misdemeanor convictions remain on your record permanently. This means any future employers or landlords will see it if they do a background check on you. Even if an employer is lenient on employers with criminal records, do you really want anyone to know that you were jailed for refusing to support your own parents? We didn’t think so.

Parental support laws are, in many ways, a throwback to an earlier time. However, as long as they laws remain on the books, it’s important to know the details. Your own family could get hit with a huge unexpected expense if you aren’t aware of how these laws could be used. Even though they are slowly disappearing (especially as the push for universal healthcare continue to pick up momentum), you don’t want to be caught holding the bag if your parents struggle with their basic living expenses as they age. So protect yourself (and your parents) by knowing the laws. Then take it one step further and ensure your parents have sufficient healthcare insurance as live out their retirement.