Is a Six-Figure Income a Guarantee of Wealth?

Many of us look at a six-figure income as an ultimate goal. We think that whoever has such money should be set for life. After all, when you’re struggling to make ends meet with an annual income of $45,000, a six figure income seems like more riches than you know what to do with.

However, as countless stories point out, just being a high earner doesn’t mean that you’re home free. In fact, there are plenty of families with multiple six-figure incomes that end up broke. They fall into some of the same traps as those making minimum wage, just on a larger scale.

So, why are some of those six-figure earners, people we might consider “rich,” living paycheck to paycheck? Here are some of the key reasons why some high earners aren’t guaranteed to actually be very wealthy.

Keeping Up With Appearances

Years ago, when our family was looking for our first home, the lender approved us for a huge mortgage that would allow us to buy our true dream home. It was tempting, of course. But the finances didn’t make sense to us whatsoever. Just because the lender thought we could afford it, didn’t mean we could actually keep up with the bills. We ultimately decided on a very modest home instead, and skipped all the extra expenses a “dream home” can come with.

Having a nice big house means you have to pay more to maintain it. From higher utility bills to perfect landscaping, the list of extra expenses can be long. Plus, there’s the peer pressure from the neighbors. We would be surrounding ourselves with folks who spend extra on cars, furniture, private school for their kids, and memberships to the country club.

When everyone around you is doing it, you end up thinking that you need all these things. After all, they are “normal” in your neighborhood’s social circle. However, it can be a trap that drains all your money away. You are so busy trying to live up to the image of what you “should be” that you don’t actually manage to get your budget on firm financial footing. And then you wonder where all your money went at the end of every month.

Where You Live Matters

Of course, sometimes it isn’t all about spending on things you don’t need. The reality is that sometimes those with six-figure incomes have a higher cost of living simply due to location. Six figure incomes in New York City or San Francisco won’t go nearly as far as in a mid-sized town in the Midwest. The difference is amazing. Even modest housing, transportation, and food costs can take a huge chunk out of a six figure income when you live in a high cost of living area.

In fact, there are some cases where you are better off (financially speaking) making less money and living in a low-cost area. Having a lower salary (or trading in L.A. for a smaller city in Northern California) may not sound attractive at first. But at the end of the day, your disposable income matters more than your gross income. You’ll probably find yourself more financially comfortable.

In some cases, a high income earner can be more wasteful with their spending. You can bet that a family of four living on $45,000 a year is looking for every way to save. They are calling their cable and internet company every year to renew their discounts. Or packing their own lunches and making coffee at home. You can be certain they are shopping around, trying to look for the best deal before they buy anything. How many dual six-figure income families will spend the effort to do the same? Very few.

Then there’s the big one — making bad investment decisions. Stocks can be a wonderful way to build wealth. However, it’s essential to look at the long term and not worry too much about the day-to-day fluctuations.

Far too many “rich people” trust their guts. They jump in and out of the markets. It’s an amateur move. In the end, they will spend decades investing with little to show for it. For one, most people mistime their trades. They end up selling low and buying high. For example, you may have heard that Tesla stock is hot right now. That doesn’t mean it’s time to buy — you already missed the boat.

Furthermore, they pay taxes for any gains they see every time they sell. As a result, they squander their one opportunity to become wealthy, even though they were frugal and had lots of opportunity to let their nest egg grow.

I know many people who earned a high income but now live a much more modest life in retirement than their lifetime career earnings would suggest. They could easily be swimming in money if they just use their savings and invested in the S&P 500 through the years.

On the other hand, I know many others who earned a modest salary through their career but literally have millions in their investment accounts. They just kept saving slowly and investing in low cost index funds. They never sold, trusting that the U.S. economy will continue to grow long term. And that equity prices will keep reflecting that reality. In fact, they seldom even check their account balances because they know it’ll tempt them to make a mistake. Over-managing your investments is another rookie mistake. As the late Vanguard founder Jack Bogle once said “Don’t do something. Just stand there!”

Who do you want to be? Who will you become?

Developing a good understanding of money management is far more valuable than earning a high salary. If you have a solid grasp of finances, you can build up financial freedom on almost any income — and have a rich life. A six figure income can help, sure, but it’s not a guarantee of lifetime wealth. You still have to save and invest prudently, over the long term, to become truly wealthy. 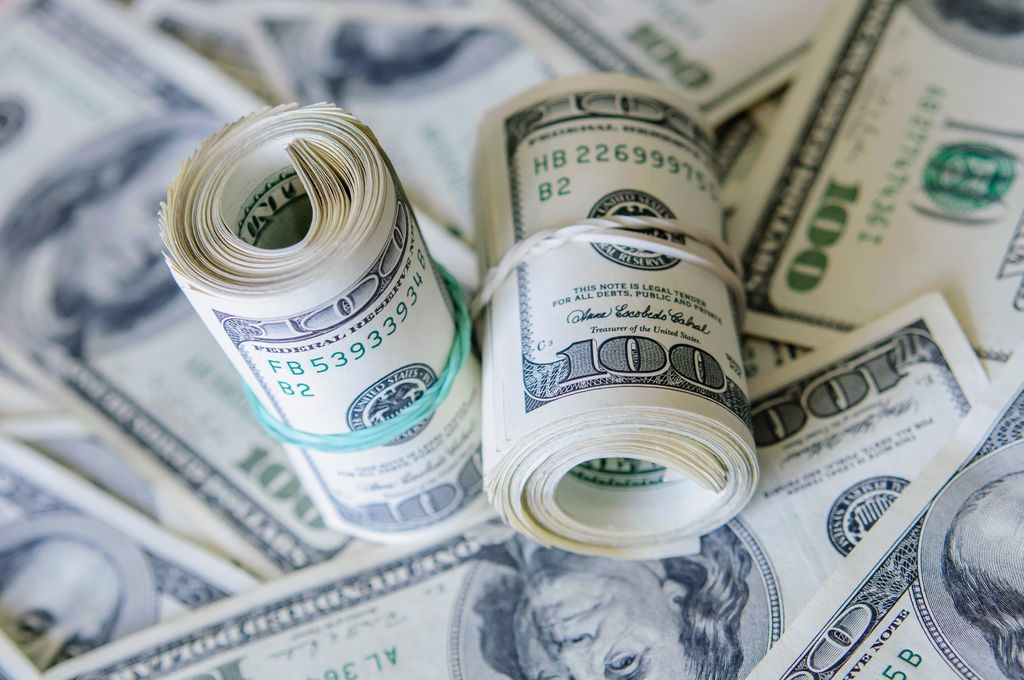 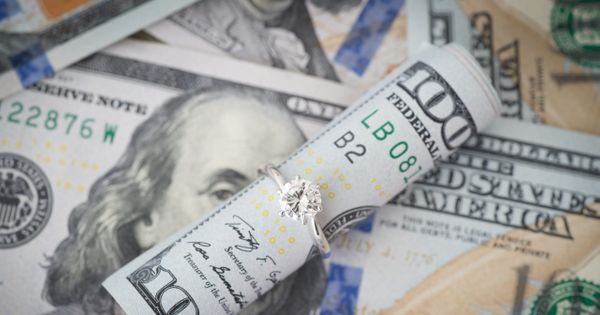 Spending three months’ worth of salary might be the rule of thumb, but is it necessary? That depends on a variety of factors, including your financial situation and your partner’s style. When it’s time to buy a ring, keep the 4Cs in mind: Cut, Color, Clarity, and Carats. Engagement rings can be marked up 600% […]

Is Pinching Pennies The Ultimate Secret To Wealth? 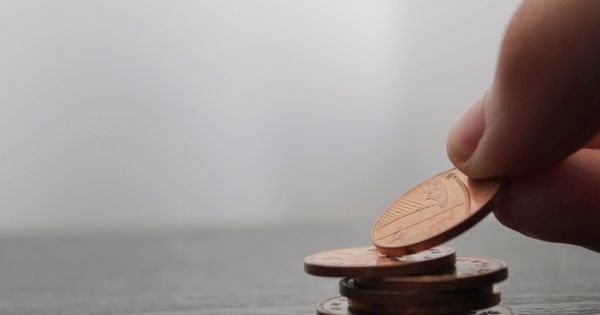 Is Pinching Pennies The Ultimate Secret To Wealth?

I’ve always identified myself as a penny pincher. However, I wouldn’t necessarily say I’m proud of that label. Then again, I’ve never fully shied away from it either. After all, I credit my willingness to scrap and save for giving me courage to jump into the unknown of entrepreneurship when I started MoneyNing.com, all those years […]

Read More about Is Pinching Pennies The Ultimate Secret To Wealth?

Widow’s Pension: Everything You Need to Know 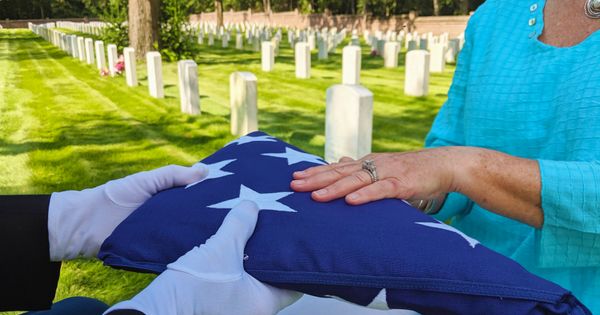 Widow’s Pension: Everything You Need to Know

Qualifying military members can set up a Survivor’s Benefit Plan (SBP) upon retirement. The SBP, along with standard Social Security, can be used by a widow to stay financially afloat. Both the deceased veteran and the surviving spouse must meet certain conditions to qualify for a SPB. The payment amount depends on a number of […]

Read More about Widow’s Pension: Everything You Need to Know

Reducing Debt: Is Your Debt Like a Yo-Yo Diet? 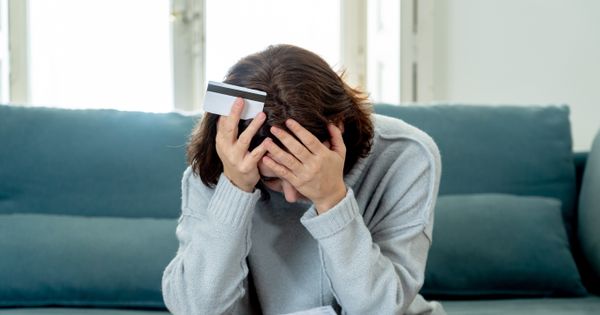 Reducing Debt: Is Your Debt Like a Yo-Yo Diet?

You’ve probably heard the term “yo-yo dieting” before. It’s the problem that many people face when they attempt to lose weight. They will make drastic, unsustainable changes to their exercise and diet plans. The weight drops off, they relax their diet and start skipping gym days, and the weight comes roaring back. Rinse, repeat, ad […]

Read More about Reducing Debt: Is Your Debt Like a Yo-Yo Diet?

Is Thanksgiving Being Taken Over by Consumerism? 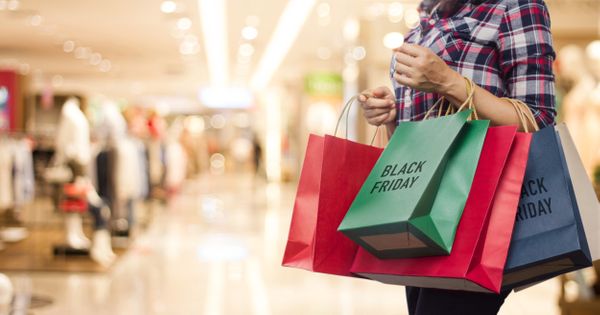 Is Thanksgiving Being Taken Over by Consumerism?

One of my favorite holidays is Thanksgiving. It’s one of the simplest of holidays. You can celebrate it without a lot of fuss — and without the need for elaborate décor or expensive presents. Thanksgiving has long been considered a holiday mostly untouched by consumerism. After all, what is less consumer-based than gathering with family […]

Read More about Is Thanksgiving Being Taken Over by Consumerism?

Do You Truly Understand The Impact Of Your Financial Decisions? 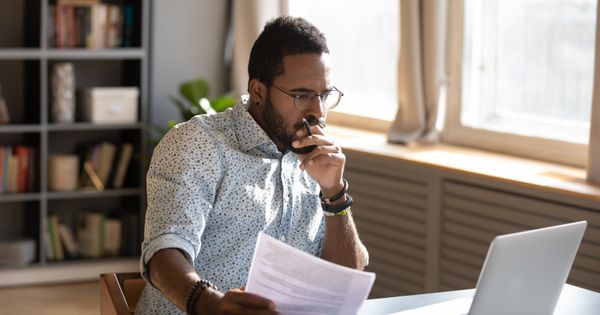 Do You Truly Understand The Impact Of Your Financial Decisions?

Too often, we think of our financial decisions as being made in a vacuum. For example, we figure that the investment choices we make only affect us in terms of gains or losses. Or the decision to fund a 529 education account only means your child will have a better chance of making it through […]

Read More about Do You Truly Understand The Impact Of Your Financial Decisions?

Simple (But Not Easy) Tips for Financial Success 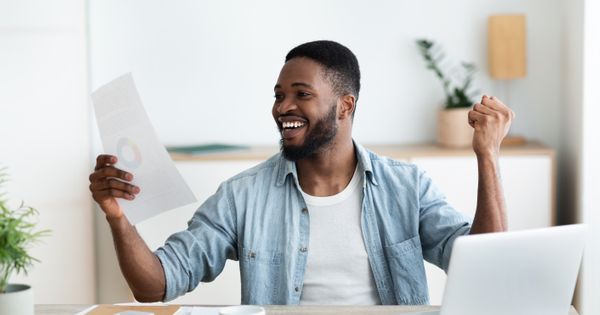 Simple (But Not Easy) Tips for Financial Success

Whether it’s through a blunt comment online, a gentle reminder in person, or just by the look on their face, people tell me the same thing all the time. “David,” they say, ” I already know everything you’re saying to me right now. I want to be financially free. I don’t need someone to rehash […]

Read More about Simple (But Not Easy) Tips for Financial Success

What To Do If Your Financial Plans Fail 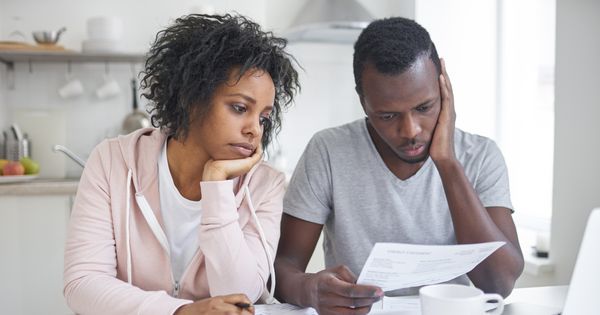 What To Do If Your Financial Plans Fail

Sometimes we make grand financial plans, but they end up turning into nothing. It’s just a reality of life. It happens quite often — more than we’d like to admit, in fact. You’ve probably been there too. You come up with a great plan to pay down that lingering debt, but then a sudden job […]

Read More about What To Do If Your Financial Plans Fail

See All In Financial Advice