How To Understand (and Deal With) High Hospital Bills 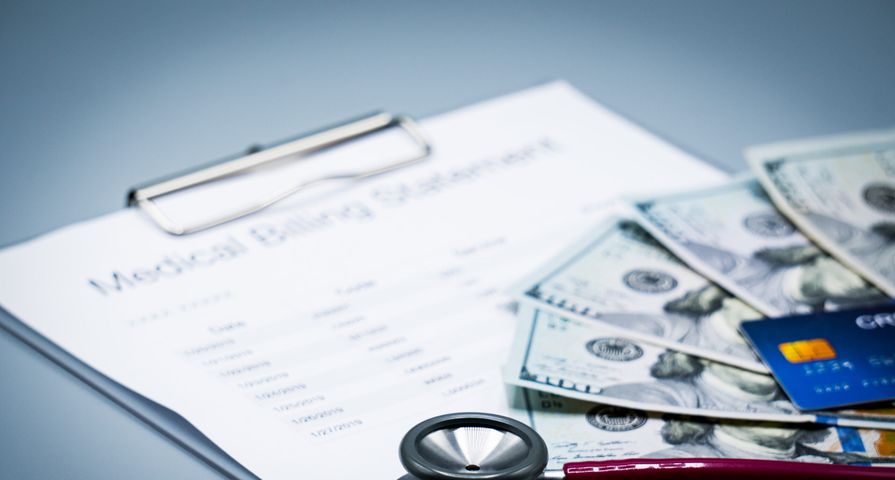 The Cost of Elder Care: A Topic Your Family Can't Ignore

In 2010, a friend of mine entered the hospital with a blood clot in her leg. Nearly three weeks later, doctors discovered that the clot had been cleared up within the first 24 hours. However, other medications they had been giving her were keeping her sick. Despite the fact that my friend’s extended stay was the result of medical missteps, she found herself facing a six-figure hospital bill. Oh, and she was in her early 30s and uninsured.

Unfortunately, these experiences are all too common in America. They can wreak havoc on the finances of even insured patients. The problem is not just the spiraling costs of health care. The complicated medical billing systems in hospitals compounds the problem even more.

My wife once got tangled in a medical billing error worth thousands of dollars. It took her a few months and about 50 different phone calls to sort it all out. If she didn’t have the time, energy, or know-how to fight off the erroneous charges, we would have been out thousands of dollars. If you are ever faced with a huge bill for a hospital stay, here is what you need to know.

Not Everything is Covered

A recent trend in hospital administration is to have a patient be coded as under observation. That’s different than actually admitting them. The reasoning behind this trend is to avoid admitting patients who don’t need hospital care. Unfortunately, however, observation status is considered to be outpatient care according to Medicare (and many insurance plans).

That leaves the observed patient on the hook for (at minimum) a copay. Often, the bill will also include a significant chunk of the time under observation. Patients sometimes don’t even know that they are being observed rather than admitted. After all, insurance is usually the last thing on your mind when you are in pain.

There Are Different Rates

Since insurance companies will be paying for hospital care in bulk (so to speak), they are able to negotiate much lower rates. That includes cheaper rates for individual procedures, tests, and common medications. The hospital will still charge anyone who is paying out of pocket, but the prices will be different.

In fact, the government has so much buying power that they are the ones who dictate how much they will reimburse the hospitals. As a result, Medicare and Medicaid sometimes pay rates that are lower than actual hospital costs. That’s why hospitals charge individual payers much higher prices to compensate. Make sure any hospital bill you receive has the right rates on it.

Errors Occur All The Time

You want your doctors to consistently make good and up-to-the-minute decisions any time you’re in the hospital. After all, everyone wants you to get back to full health as soon as possible. Unfortunately, that can makes it much more difficult for the hospital billing department to stay on top of the financial aspect of your stay.

For example, sometimes a doctor will order a test or a medication that gets cancelled later. Or a handwritten code for a procedure may be entered incorrectly by the billing department. When you receive your itemized hospital bill, take the time to look over each item to make sure everything is correct. You’ll want to bring up any errors as soon as possible.

How To Lower Your Bill

When faced with a huge hospital bill, it may seem as though you are simply stuck. However, there are several ways to lower the bill. Here are some common (and not-so-common) tips to combat a shockingly high hospital bill.

If your hospital stay is planned, find out ahead of time what your insurance will pay for. Ask the hospital how long your anticipated stay will be. It’s actually possible to comparison shop among local hospitals to find the best rates. Health Care Blue Book offers free information about costs of hospitals.

If you find errors on your bill, make sure you dispute the charges as soon as possible. Ask for explanations of any charges you don’t understand. The billing department should have a representative who will sit down with you to help you understand your bill. They are also the ones who can fix any potential errors.

The billing department probably can’t fix everything, though. Sometimes, they will point the finger at someone else to get the bill fixed. Hospitals rely on their doctors and nurses to put in the right codes for care. That means you may need to get in contact with the specific doctor or nurse who made the error. Other times, the insurance company will disagree with the hospital on what the right code should be. Then you’ll be stuck in the middle, while the two sides point fingers at each other.

Hospitals understand that most patients are not able to pay their bill right away. You will generally find that hospitals are willing to allow you to make interest-free payments for while. In some cases, the term can extend over a couple of years. Another important tip is that hospitals will often take a lower rate if you can pay cash immediately.

My wife found out when we had our baby that the hospital offered a 10% discount if we pay immediately over the phone. So instead of paying the bills when they came in the mail, she would just call and get a 10% discount every time. With hospital bills regularly in the four or five figures, any discount is worth it.

Finally, if you are willing to do the legwork, researching how much the same procedures or medications cost Medicare or Medicaid can be an important negotiation tactic. You can request that your bill be lowered to that rate — or at least closer to it. The hospital still considers that amount acceptable, so try to negotiate your way down to it.

The most important thing to remember is that you are ultimately responsible for these hospital bills. Even when everyone was generally agreeing that there was an error on my wife’s medical bill, we were still on the hook. This didn’t change until the hospital made the coding change to reflect the right care that was administered. After that, the insurance finally agreed to cover the cost.

Without that important step, the bill would still be ours to pay. If we ignored it (even knowing it was wrong), it would eventually become delinquent and sent to the collections. My wife’s story should show you that getting your bill fixed is actually possible. It does take work, but don’t give up. You will likely prevail, as long as facts are on your side.