How To Peacefully Handle Inheritance Feuds 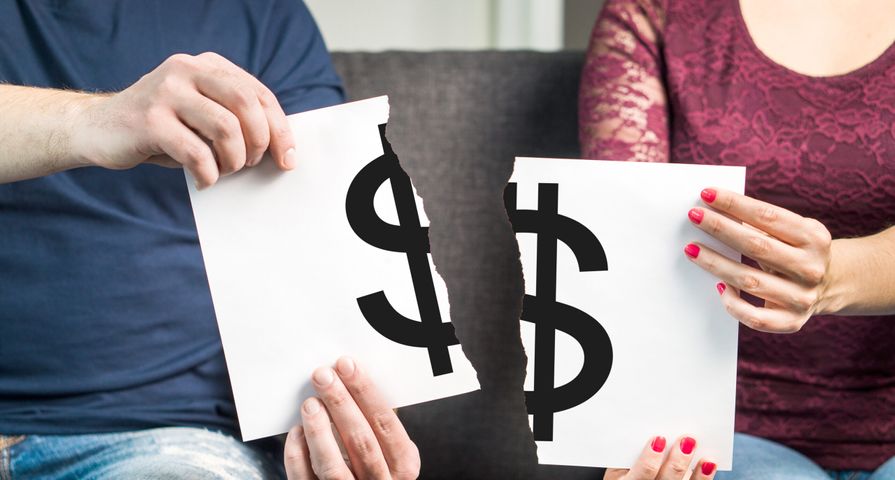 How to Find Missing Money

Nothing brings out intense emotions quite like money. Even in close-knit families, the reading of a will can bring up age-old resentments and jealousies. When you the stress of a fight to the grief of losing a loved one, tensions can fly high. While everyone has the right to dispose of their assets as they choose, those left behind can feel differently.

Still, inheritance feuds don’t have to harm relationships. Here are three strategies you can use to make sure that a family funeral does not become a knock-down-drag-out dispute.

Know What to Expect (Or Don’t Expect Anything)

The biggest reason that families might fight after a funeral is because they are surprised by the will. For example, if you always assumed that your father would leave his money equally among yourself and your siblings, it would be an enormous shock if one sibling received a larger share. That shock can easily turn into anger, as you try to figure out why.

The only way to combat the surprise is to know ahead of time what to expect. That means you should be upfront with your family about the provisions of your will. Don’t shy away from those tough conversations, especially if you aren’t planning to divide your assets up equally. Unless you don’t mind your heirs feeling resentment, that is.

On the other end of the spectrum, it’s possible to talk to your own parents about their estate plans. You will want to tread lightly though. It might feel a bit morbid, but it’s still an important financial conversation for the whole family. One way to ease into the conversation is by asking for their advice on your own estate plans. That way they know you’re not asking for greedy reasons.

Ultimately, however, the safe bet is to assume nothing will be left to you — especially if you cannot converse with your parents about their wills for whatever reason. Maybe they actually spent it all. Maybe they are donating money to a worthy cause, assuming you can make your own successes. You cannot feel resentment about something you never thought you’d receive in the first place.

Set Up a System

Even if none of the bequests in the will are a surprise, there can still be incredible animosity over who gets what. Perhaps there’s jealousy over Great Aunt Mary’s diamond pendant and or her treasured heirloom watch. If your relative didn’t specify those things in their will, everyone should agree on a strategy for figuring out who gets what. Sports fans will be familiar with the concept of a draft. It’s basically that.

For example, all the heirs could agree to draw straws to determine the order of selection. After that, each person can choose one item in the first round, one in the second, and so on. It’s a truly fair method.

When my grandmother passed away, my aunt divided all her material possessions into four sets that she thought was equally valuable. So instead of picking each item one by one, my mom and her siblings all drew a small piece of paper from a hat. The papers were numbered 1 through 4, to signify which set of items they would bring home. This method turned out to be pretty efficient, fair, and completely up to the luck of the draw.

Alternatively, if there are many items that everyone would like to keep, you can set up a faux-silent auction. Everyone has the same amount of hypothetical money. Then can secretively bid on each item and the highest bidder gets to keep it. That system will allow each heir to “pay” more for items that are truly important to them, and less for those they are not as attached to.

One common source for a feud is if a large property — like a house or business — is left to several siblings. In that case, each heir might have a different idea for what they would like to do with it. For example, you might think Mom and Dad’s old Victorian would make a charming bed-and-breakfast. However, your sister might simply want to put the house on the market and cash out.

Even if you don’t have the liquid funds to offer a buyout, you could find an investor for the bed-and-breakfast. You could also explore refinancing a mortgage or taking out a personal loan to fund a buyout. While it will be tougher to start a new business if some of the capital has to go toward a buyout, it’s the only way to be fair to the non-interested sibling.

You should also consider if there’s really something special about your parent’s place that isn’t available anywhere else in the market. Chances are high that while your parent’s place is a great option, there are many other houses that would also fit the bill for your B&B. So just sell the house, divide up the proceeds, and then use your share to start your venture. It’ll cause fewer issues.

Hopefully, your family squabbles don’t get bad enough to require this. However, if one party is refusing to negotiate in good faith or with fairness in mind, it might be time to bring in a professional. There are plenty of professional mediators available — often retired legal professionals — who will help you sort it out. Everyone can present their own case about how they think the assets should be split, and the mediator will make the final unbiased determination.

Someone may still have bitter feelings about the outcome not going the way they wanted. However, they can maybe shift blame to the mediator and save the family relationship from breaking down entirely.

Avoiding ugly family fights over inheritances requires communication and a sense of fair play. I’m a firm believer that it’s best to just divide everything equally and leave it at that. Any other method that’s not completely fair in the monetary sense is just going to cause resentment between the heirs. However, do understand a person’s assets are theirs alone. They can give them away as they see fit.

One of my close friend’s brother is currently living with his mother. He will most likely get the house that her mother owns when she passes. This has caused a rift between the brother and my friend’s wife, who keeps telling everyone she knows that my friend should also be entitled to half of the house.

Most people side with her. It’s easy to see that things are really only fair when you divide up the assets equally when the time comes. However, everyone needs to remember that it’s his mom’s house. And the brother has been living there with her, helping take care of it. That has a value too. She can do whatever she wants with the house. At the end of the day, no one has a claim on anything they don’t own.

You have to remember that you can’t control other people. But you can control yourself and your attitude. That can go a long way to keep relationships strong in the wake of a death in the family.