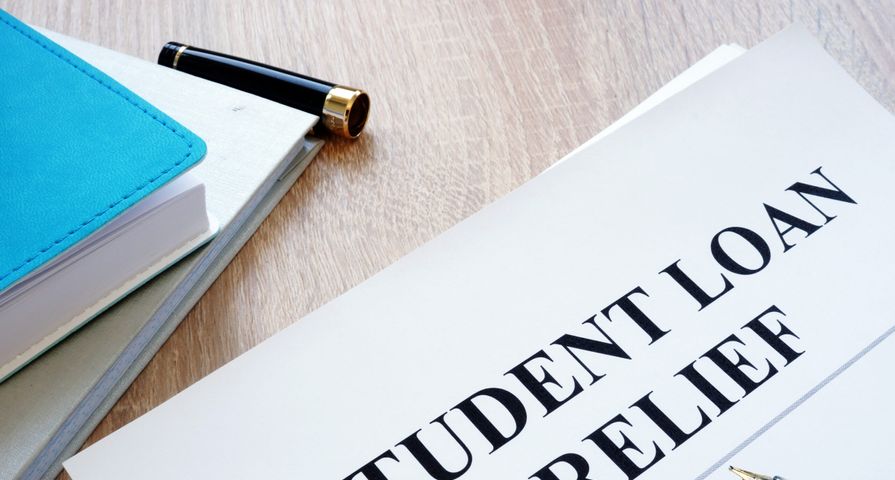 Student debt is a major problem in America. The country collectively owes more than $1.5 trillion — yes, with a T — in outstanding student loans. It’s become a crippling problem for millions, as wages remain low and unemployment hit record highs in 2020. (Yes, part of that is pandemic related, but it’s still the reality for so many people). Some politicians are even trumpeting student loan forgiveness in their platforms. Whether you agree with them or not, the student debt crisis is obviously making headlines across the nation.

If you have a ton of student debt, you may have considered seeking help. There are options, after all, to consolidate, refinance, or re-structure your debt in ways that (hopefully) won’t hamstring your ability to pay rent or buy groceries. The problem is that there are also plenty of shady individuals, predatory companies, or complete scammers out there, trying to prey on the financially desperate. If you are considering a form of student debt relief, here are some things  you need to watch out for. And as the headline warns: never pay an upfront fee for student debt relief.

How to Recognize a Scam

It can be hard to tell the difference between a scam and a legitimate debt relief offer. However, there are some subtle tips. Scam companies will often advertise their services aggressively on Facebook or Google ads. They may even try to contact you directly via direct messages or phone calls. As a rule of thumb, you should be weary of any company who contacts you unsolicited.

Some scammers will tell you that they will do all the paperwork for you. Then they will charge you a fee for that — something they often neglected to mention up front. Even worse, filling out that kind of paperwork is something you can do on your own, for free. You can contact your private lender the U.S. Department of Education to find out about repayment programs. You can also visit the Federal Student Aid website, if your loans are government backed.

These scam companies will happily charge you a fee to fill out paperwork. However, then they will likely disappear. That leaves you with some flimsy paperwork and no idea how to proceed. And they definitely won’t provide any debt relief.

We already said it, but here it is again. No legitimate student loan debt relief company will demand an upfront fee. There are a few different ways they might try to phrase this. They might claim you need to pay a certain percentage of the loan (1%, for example) up front. Or they might try to coerce you into a monthly fee or a single, flat rate payment (usually a few thousand dollars). Some will even suggest you take out a different loan to pay their fee. Don’t do any of these things.

It’s actually illegal for student loan debt relief companies to collect fees before they perform their promised work — which is to lower or settle your loan amounts.

If It’s Too Good to Be True, It Probably Is

While the promise of your student debt being completely forgiven or cancelled is appealing, it’s not going to happen. Be realistic. Legitimate debt relief program don’t do those things. They will attempt to renegotiate on your behalf, aiming for lower interest charges or more manageable payment schedules. They might be able to reduce the principle amount by a bit, but don’t count on it.

Some shady companies claim to have a special agreement with the Department of Education, that allows them to outright forgive student loans. This is certainly a lie, as no such arrangement exists.

If you have Federal Student Aid, you have an FSA ID and password. You should protect that information at all costs. If you are tricked into sharing it with a scammer, they can use it against you in a hurry. That information holds the same legal status as your written signature — except it’s just some letters and numbers. In other words, it’s incredibly easy to forge. They may also ask for your social security number. That’s another red flag, as they don’t need it.

If You’ve Been Scammed

If you think you’ve already been tricked into one of these scams (or seen a company you suspect isn’t on the level), you can take action. You should report it to the Federal Trade Commission, the Consumer Financial Protection Bureau, and your state’s Attorney General office.

You should also contact your lender. Let them know you’re concerned about fraud on your account. This is especially important if you shared your FSA ID and password. It’s also worth contacting your financial institution too. They can place fraud and identify theft alerts on your bank accounts. Hopefully that prevents the potential scammers from digging into your to deep.

If you already paid an upfront fee for student debt relief, only to now find that money gone with nothing to show for it, we don’t have great news. It’s probably too late to recoup it. There is a small chance, though, that the scammer could be forced to repay it if they are caught and brought to justice. It may take years, but any information you can provide authorities about the scammer could help you — and anyone else they tricked.