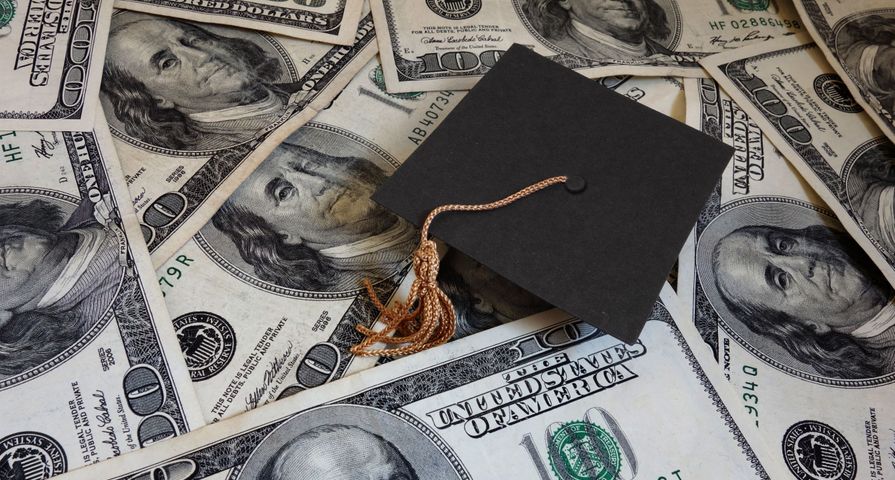 How To Handle The Debt of a Deceased Family Member

Student loans can be a real financial wrecker. The U.S. Federal Reserve estimates that Americans now owe between $900 billion and $1 trillion in student loan debt. That figure has been steadily growing since the 1980s. Other estimates put the total amount of student debt around $1.5 trillion. The average American leaving college owes more than $30,000 in personal student loans. Parents also take out an average of $35,000 in loans to help pay for their children’s education. It could take a lifetime to pay off some of those loans.

The Consumer Financial Protection Bureau states that there are 2.8 million Americans over the age of 60 carrying outstanding student loan debt. They collectively owe more than $65 billion. Given the huge impact of student debt, it’s important to very carefully consider any loans you might seek out for your education. As is often the case, the details can be found in the fine print. If you need to borrow money for school, make sure you know exactly what you are agreeing to. Here are five questions to ask before taking out any student loan.

Are Loans Included in Your Financial Aid Package?

You can avoid this unfortunate situation by carefully scrutinizing any financial aid package you are offered. Be sure to identify and distinguish between scholarships and bursaries (that are essentially free money) and loan amounts that must be paid back.

Does It Need To Be Paid Back Immediately?

Many student loans do not need to be paid back immediately after you graduate. Loans from more reputable lenders often come with a grace period. It’s typically a period of six-to-twelve months. During the grace period, you will not be required to make any payments.

The grace period exists to allow you time to find gainful employment. However, plenty of lenders do not offer a grace period. They expect you to start repaying your student loans right after you graduate, whether you’ve secured a job or not. If this is the case for your potential loan, you may want to reconsider your lender.

Either way, you need to know the exact terms of your student loan. Make sure you are aware of the repayment terms and whether there is a grace period. It can be a big help when it comes to getting launched into your new career once you’ve secured your diploma.

How Much Do You Really Need to Borrow?

This is a critical question to ask. Exactly how much money do you really need to borrow for post-secondary education? Most financial experts recommend that you shouldn’t borrow more money in loans than your projected starting annual salary.

So, if the starting salary for your field is around $75,000 a year, that should be the limit of your student loans. Of course, borrowing less is always advisable. However, taking out loans that are bigger than your annual salary will really put you behind the eight ball when it comes to debt. It could take you decades to pay off your student loans.

So be careful and do some research about your chosen profession before earning a degree in it. Know what the salary range is, and what your starting income is likely to be. Crunch the numbers. Then, try to only borrow as much money as you’ll be able to repay quickly. The bottom line is don’t take on more student loan debt than you can handle.

Which Type of Loan Are You Taking Out?

There are two types of federal student loans available in the United States. By federal, we mean debt that is issued by the government. This is not to be confused with private student loans that can be taken out from banks and other financial institutions.

What Happens If You Can’t Repay It?

It’s extremely difficult to get out of repaying student loans. In fact, student loan debt is probably the most unforgiving debt you can have. While most debts can be dissolved through bankruptcy, student loans are typically immune to this. They are with you for life or until you pay them off in full.

The only real way to get rid of student debt is to pay it back. If you can’t (or regularly miss payments trying), both the government and private lenders can garnish your wages. For these reasons, it’s critically important that you ask yourself what would happens if you can’t repay your student loans. Knowing the answer to this question should help ensure that you don’t take on more than you can afford.

It’s always best to make your student loan repayments on time. If you don’t, the penalties and interest can make things a lot worse. The best advice is always to repay your student loans as quickly and efficiently as possible. After all, it’s debt that you cannot get rid of any other way.

Len Penzo has always had a strong disdain for debt. As a result, he has been practicing sound personal finance management ever since graduating from high school. In fact, using money he saved working as a teenager and throughout college, Len was able to fully pay for his own education, room, and board, without the benefit of any loans. Len, who has a degree in Electrical Engineering as well as an MBA, has been writing about personal finance since 2008 on his eponymous personal finance blog, Len Penzo dot Com. His widely-acclaimed blog has been twice-honored as a Kiplinger Best Money Blog; it has also been honored with two Plutus Awards for Best Personal Finance Blog. Len’s personal finance articles have been featured in the New York Times, MSN, Business Insider, Money, Time, Forbes, The Huffington Post, Yahoo! Finance, CBS MoneyWatch and Clark Howard, just to name a few. Len’s articles have also been the topic of discussion on radio shows, including those hosted by Tim Conway Jr. on Los Angeles’s KFI 640, and Dave Ramsey. He has also been featured on television for CBS News in Los Angeles. For the last seven years, Len has also been a regular guest of Joe Saul-Sehy’s roundtable panel for his weekly Stacking Benjamin’s podcast. Len’s focus is on the importance of personal responsibility — not only for our personal finances, but also for everything else we do in life. His blog’s main theme is that financial freedom can be attained by anyone -- regardless of income level.