Home » Budgeting » Important Things To Know When Creating Your Will

Important Things To Know When Creating Your Will 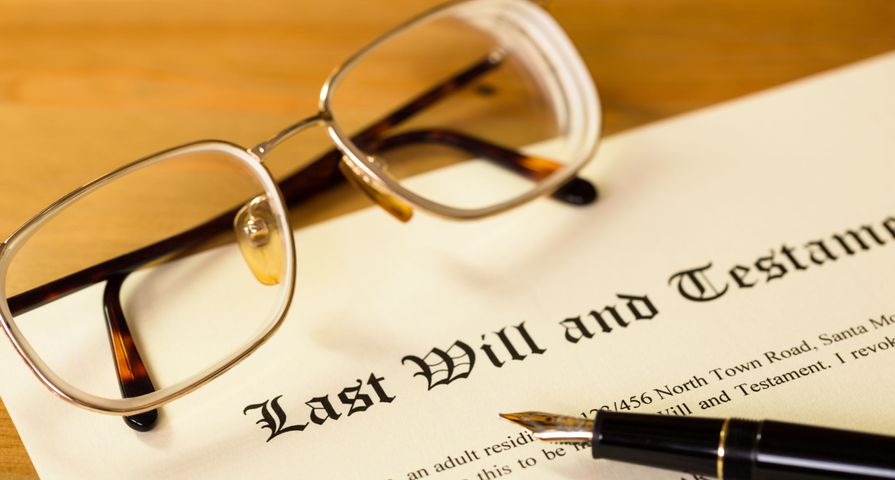 Creating a last will and testament is important for every adult. Especially if you have dependent children. However, a 2019 Merrill Lynch study found that less than 50% of people over the age of 55 have a will of any kind. Even worse, only 18% of Americans over age 55 have a will, healthcare directive, and durable Power of Attorney. This is a huge problem.

If you don’t have a will when you pass, you will be classified as “intestate.” The result is that your assets will fall under “intestacy laws” of the state where you lived. The state government will then determine how your property is distributed upon your death. This can include bank accounts, securities, real estate, and other assets you own. (Although it’s possible to name beneficiaries for some of these things). Your loved ones could end up with nothing. To avoid this happening, you need to create a will. Here are five important things to keep in mind to ensure that your estate is distributed according to your wishes.

The executor is the person who will act as your personal representative after you pass away. The executor does exactly what it sounds like — executes your final wishes, according to your will. It’s an important role. Whomever you select to be the executor of your estate, they need to be trustworthy and reliable. Naming an executor should not be taken lightly.

When selecting an executor, you will want to pick someone who you trust implicitly. Make sure they are responsible and organized. Keep in mind that administering an estate comes with a lot of paperwork, so having someone who is diligent in the role is critical.

Once you decide on someone, make sure you speak with them ahead of time. Ensure that they are willing to accept the role. Being a executor of an estate is not something you want to leave as a surprise. Let them know where to find important documents, such as your will, insurance policies, and any passwords for online bank accounts and other financial assets. Give the executor everything they will need to carry out your final wishes.

A Legal Guardian For Minor Children

If you have children, you need a will. It’s as simple as that. Your will will dictate exactly what should happen to your minor children in the event of your death. That’s assuming their other parent isn’t an option. In addition to financial resources for the children, you will also need to name a legal guardian to look after them until they are 18.

As with an executor, choosing a legal guardian is a big responsibility. If tragedy strikes and both parents pass away, you need to have a concrete plan in place for your children. You should give careful consideration to who would raise your children if something happens to you. Naming a legal guardian you feel confident in will give you peace of mind. This could be a sibling, cousin, friend or neighbor.

It’s also a good idea to have more than one choice of legal guardian, just in case your first choice is somehow unavailable. Like choosing an executor, you need to talk to your choice of guardian before you finalize your will. Make sure that they accept the role. It’s a life changing moment to step in and take care of someone else’s children. It’s a big ask of anyone, so be prepared for a long conversation.

Costs Associated With Your Funeral

The average cost of a traditional funeral in North America is between $7,000 and $12,000. That’s not cheap. That price range includes the services at a funeral home, burial, and the installation of a final resting place. The more elaborate the funeral, the more expensive it will be. So plan ahead.

In addition to distributing your assets after you die, your will should also allocate money to cover the cost of your funeral. Otherwise, your heirs will be on the hook for those costs. Grieving is hard enough, without trying to fund an unexpected funeral.

This requires some homework on your part. Decide whether you want a traditional burial, to be cremated, entombed, or something altogether different. Then figure out what it will cost. The good news is that there’s a wealth of information online. You can get an accurate idea of what your funeral will cost. Set this money aside in your will. Better yet, consider paying for it up front, while you’re still alive. Then rest easy knowing you won’t be leaving your loved ones with unexpected costs.

Even close-knit families that get along well can end up in disputes over the a will. Unfortunately, greed can really bring out the worst in people. Who gets the family cottage? Who gets mom’s fine china set? What about dad’s classic car? How assets are distributed can lead to big fights among family members.

For this reason, it’s a good idea to include some form of dispute resolution in your will. For example, let’s say your children can’t agree on how to divide time spent at a family cottage. You could include a provision in your will that specifies the cottage be sold and the proceeds divided equally. If your daughter doesn’t want a car you leave behind, you can specify that it be given to a niece or nephew who is struggling financially and could use a vehicle.

You shouldn’t assume that everything will be cut and dry with your will. Not everyone values the same things equally. Your grandson probably doesn’t care about your prized stamp collection. It’s better off being sold to another collector, with the money going towards his future education. If your family feels like you’re favoring someone in your will, it can create a lot of hurt feelings. Specifying a way to settle disputes will help avoid these difficult situations.

Taxes can be a big issue when it comes to estate planning. While most U.S. states don’t charge an inheritance tax, six states do – Iowa, Kentucky, Maryland, Nebraska, New Jersey, and Pennsylvania. While the IRS doesn’t charge income tax on inherited money, they do charge taxes on inherited property. That means real estate like a house, cottage, or rental property.

For these reasons, it’s smart to prepare your will using a qualified lawyer. Make sure you pick one who knows the tax implications of your jurisdiction. At a minimum, you should have a lawyer review your will. They can at least advise you on how to handle any tax issues that may arise. If you find that some taxes will be applied to the disbursement of your will, you may want to set money aside to help cover that expense. There are some other ways to shelter inheritances from taxes, but you’ll want expert legal help to tackle those things.