How to Boost and Get More From Your Social Security Benefits 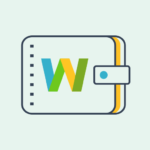 Retirement is the reward for a lifetime of working hard and paying taxes. But, it’s hard to enjoy your downtime if you haven’t left yourself with enough cash to live comfortably. You pay in o Social Security benefits with every paycheck, so it makes sense to maximize what you’re able to receive on the other end of retirement.

Still, a lot of Americans make short-sighted or ill-informed decisions that cost them a large chunk of their Social Security Benefits. Don’t be one of those people. Instead, brush up on the ins and outs of Social Security and start boosting your Social Security benefits before it’s too late.

What are Social Security Benefits?

If you’ve ever received a pay check from an employer then you’ve likely paid taxes into Social Security. The federally maintained program collects tax dollars from the working public and distributes them amongst all eligible beneficiaries.

Social Security benefits play a vital role in the financial stability of millions of American families. It uses a person’s lifetime earnings to calculate and replace a percentage of their income on retirement. Social Security benefits can be claimed by retirees, people with disabilities, survivors of workers who have died, and dependents or beneficiaries.

Who is Eligible for Social Security Benefits?

An American’s eligibility is determined by a fairly simple credit system. Those born after the year 1929 must earn 40-credits over the course of their lifetime. That may sound like a lot, but 40 credits can be earned in just 10-years of income tax.

Those that haven’t earned enough credits won’t receive benefits. But it’s not all bad. The credits that non-eligible Americans did earn will remain on their Social Security record in the event that they re-enter the workforce and earn more credits.

How to Boost Your Social Security Benefits?

As mentioned above, social security benefit totals can rise or fall depending on a number of different factors. Understanding these factors and taking steps to use them to your advantage can help boost the Social Security Benefits you’ll eventually receive.

Here’s a quick look at a few things you can do right now to boost your social security benefits.

Americans can retire as young as 62 and begin to collect Social Security. Choosing to do so will impact the benefits amount though. Retiring before you reach full retirement age could see your Social Security benefits reduced by as much as 25%. Instead, aim to work until you reach full retirement to ensure that you receive full benefits. For those born after 1954, that means retiring at 67.

Americans are eligible for Social Security benefits after working a minimum of 10 years, but your benefit is calculated based on the average of your highest-earning 35 years. Any unaccounted for years within that 35-year span count as zeroes against your average. As such, you’ll want to work at least 35 years in order to maximize your benefits.

Americans whose deceased spouses or ex-spouses were eligible for a bigger Social Security benefit check than they are should explore their survivor benefit eligibility. They may qualify even if their spouse died before applying for benefits.

Retired Americans with dependents under the age of 19 can receive 50% more. Dependents are entitled to up to 50% of your benefit. No, that doesn’t mean you have to give them half. Instead, the family receives even more.

Marriage can mean an increase in Social Security benefits for some spouses. Married individuals that have never worked, or haven’t earned the necessary credits can file a claim under their spouse’s account and may be eligible for up to 50% of their spouses benefit.

Beneficiaries can expect to receive a Social Security statement every single year. This document should be reviewed for errors every single year too. Keep a record of your employment history handy, and be sure to report any calculation errors.

Even without a boost to your social security benefits, you could be in line for increased support beginning in January of 2023. In early October 2022, the Social Security Administration announced an 8.7% cost of living adjustment for Social Security beneficiaries, citing high inflation.

Americans haven’t seen an increase this large in over 40-years, when Social Security benefits were increased by a staggering 11.2% in 1981. It’s estimated that the average Social Security beneficiary will receive an extra $146 per month. Add to that the projected lowering of Medicare Part B premiums, most beneficiaries will no doubt enjoy a sizeable benefits boost next year.

Social Security Benefits can play a significant in your retirement if you play your cards right. Waiting until you reach full retirement age, applying for additional benefits, and monitoring your financial statements are all great ways to ensure that you’re getting every penny that you deserve precisely when you need it most.