How to Avoid Rental Scams 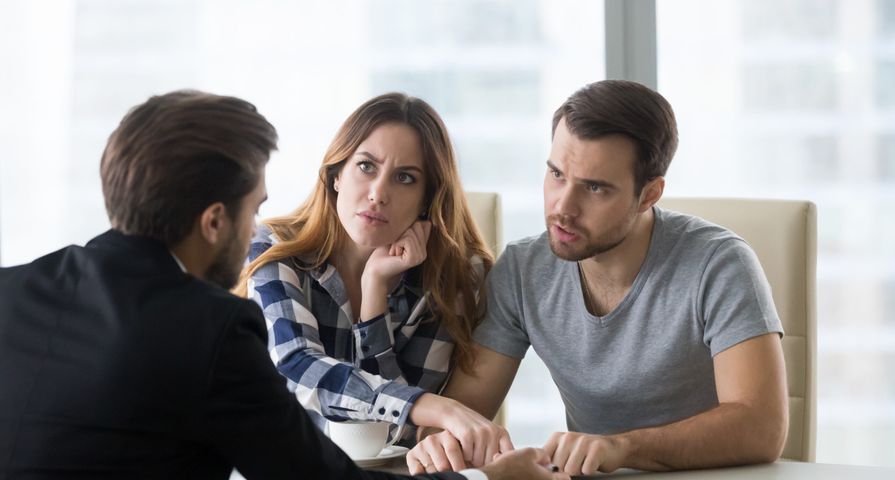 Trying to find a rental can cause extra stress on you and everyone involved. Mix in a pandemic and it’s downright challenging. It seems impossible to find what you want, where you want it, and at a price you can afford.

To help you avoid at least part of that stress, we’ve put together a quick list of tips on how to avoid rental scams. We’ll help you recognize those red flags—before they put you in the red financially.

What to Do if You Are Scammed

Did you know that over 40% of people surveyed by Apartment List reported encountering what they considered to be a fraudulent listing?

It’s true. The majority of scammers “typically aim to steal money” and some will go to great lengths to do so. They may alter a legitimate ad, pose as rental agents, or even try to rent a property that’s already been rented out. But if you find yourself caught up in one of these scams, don’t fret. There are ways you can take action and prevent the same scam from catching someone else off-guard.

You should first contact your legal advisor and/or the police. Provide as many details as possible to help the authorities catch the scammer. Post reviews on the website where you found the listing to warn other renters. You can also call the Federal Trade Commission Consumer Response Center’s hotline at 1-877-FTC-HELP. Both the FTC and the Internet Crime Complaint Center have complaint forms you can fill out as well.

As you look at rental listings, keep these characteristics in the back of your head. If it sounds too good to be true, it likely is.

The Listing is Full of Errors

When you’re looking at a rental listing and it’s full of more errors than a third grader’s first essay, beware. “Serious landlords or property managers will take the time to write a decent listing,” advises experts at Avail. Sure, you’re going to encounter a few typos here and there. But when “phone numbers or company names listed look obscure, chances are something fishy is going on.” While misspellings and errors aren’t an immediate red flag, they can be the first in many that signal a fraudulent listing.

Bait-and-Switch in a Time Crunch

Most people know the bait-and-switch method from sleazy car dealerships. However, there are plenty of scammers out there who aren’t car salesmen — but use the same tricks. In terms of rental properties, oftentimes the bait-and-switch method manifests in one property acting as the poster child (read: click bait) while another, often inferior, property is the actual unit for rent. Basically, the renter isn’t getting what was advertised when they sign the lease.

Scammers will also “copy listing details from an actual listing and create their own posting for the apartment,” with a reduced price that tantalizes even the tightest budgeteer. This is where the time crunch element works best, too. Scam artists will tell you they’ve got high interest in the listing, so “you’d better act fast!” Don’t fall for this one, folks.

We’re all used to contracts and legalities. But when someone tells you that’s not a necessary element in the process of renting, do yourself a favor: run away. Fast.

Verbal agreements protect no one and mean practically nothing when you’re talking legalities. To understand this one, think about the rental listing from an authentic landlord’s point of view. Would you want someone renting your house without any formal agreements? Would you decline looking into their background — even just a little — before handing over a key?

Speaking of which, if a landlord “makes a point of saying that you don’t need a lawyer, it could be a sign that the landlord is trying to rush you into signing the lease and handing over money.” It could also be the first time they’re renting their property out, but either way, trust your gut. An agreement should be integral to the rental process.

It’s common for many leasing agencies to ask for first month’s rent, a security deposit, and/or application fees, all due at the time of signing the lease. But it’s very uncommon for them to expect all that money before you sign an official agreement. If this happens, they’re basically asking you to pay them without any official documentation stating you’re guaranteed something in return.

Another way thieves attempt to scam you is by asking for extraordinary amounts of money up-front, even with a signed lease. Background checks typically have a rate between $35-$75 and even administrative fees don’t usually cost more than $100. If you’re concerned about the amount of money changing hands, look into the details further. This includes listings where the landlord only wants to deal in cash. Without a receipt or paper trail, there’s no proof to stand on.

You Can Look, But You Can’t Enter

Similar to a fake or modified listing, the listings that result in a landlord only being able to show you the outside of a rental property are most often scams. This includes prospective landlords that claim they are out of town, on military leave, or are somehow not able to be there to show you the inside of the property. You may run into instances where someone is renting the property for another party, too. Be wary of these situations, as they can get complicated, fast.

Really, when you think about it, the interior of a rental is the most important part. It’s where you’ll be living. If you can’t even lay eyes on that space, it’s a listing worthy of the bin.

Landlords Can be Scammed Too

Those looking for rentals are the target of most scams, but even landlords can be scammed. Renters looking to scam their landlords play a sophisticated game. They can provide fake pay stubs, rent without intending to even pay, and even try to rent the property right out from underneath you.

Owners of vacant homes should take note: rental scammers can also target these properties as well. “After identifying a target, they actually break into the home, set up their own rental listing and give tours to potential renters. In a few cases, renters have lived in a home and paid a false landlord for months before the truth comes to light.” Don’t let yourself become another chapter in this horror story.

Tips to Keep in Mind as You Look for Rentals

Renting doesn’t have to be a complicated process. However, you should be aware of shady listings and fake landlords well-versed in the art of deception. You should use the characteristics above as a way to weed out legitimate listings from those looking to take your money and leave you wanting. If something feels fishy, trust your instincts and exercise caution.

Think the process through, ask questions, and do your research. Talk to friends and family about it to see what they think. Then, enjoy your new living space and move forward to reach other goals in life. Best of luck in your rental hunt!