Home » Money » Make Money » How to Protect Yourself From Wage Theft 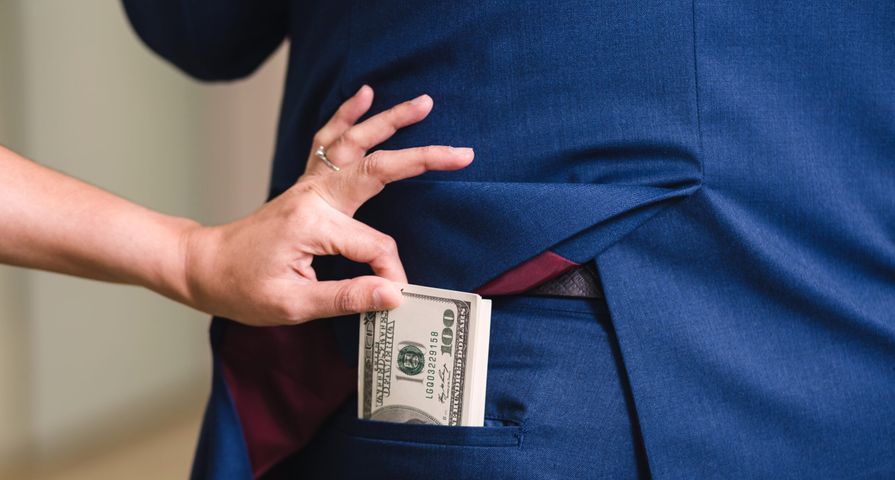 Starting Up: 9 Ways to Save Money as an Entrepreneur

At a certain point in our lives, we realize that adulthood comes with the requirement of a job. That means a 40-hour (or sometimes more) work-week, colleagues, commutes, and many other aspects we associate with our 9-to-5. But as hard as you work, are you sure that you’re taking home every last dollar you earn?

In this article, we’ll introduce you to wage theft. It’s an unfortunately common problem.  We’ll show you exactly how you could be a victim of stolen wages and provide some distinct examples that will help you identify wage theft in its various forms. Don’t worry, though. We’ve got the tools you need to combat wage theft before it victimizes you. Or even after, if you’re unlucky enough to be in that position. Keep reading to arm yourself with knowledge and protect your future wages. After all, you deserve the money you worked for!

What is Wage Theft and Who Does it Affect?

Wage theft is defined as “paying workers less than what they’ve rightfully earned.” In short, it’s when you, as an employee, aren’t paid for the hours you worked. There are many ways wage theft can manifest itself in the workplace. You should be aware that wage theft happens more often than you might think. It can be a huge issue if it’s not taken care of immediately.

Do you think you might be a victim of wage theft? In a study done by the Economics Policy Institute, it’s estimated that employees lose close to $8 billion every year as a result of wage theft. These employees are more likely to include those in low-wage positions, plus women, people of color, and immigrants. All the same, wage theft can affect literally anyone who receives a paycheck. That’s why it’s important to recognize how wage theft happens and to know what to do about it.

Wage theft is the umbrella term used to describe any instance in which wages are wrongfully withheld from an employee. So what does that mean in the context of your average 9-to-5? Here are some common examples of wage theft in the workplace.

Full-time employees and independent contractors do not share the same benefits. Certain tax breaks are a prime example. Misclassification happens when an employer intentionally categorizes a regular employee as an independent contractor instead. The employer will likely get a tax break. This indirectly results in wage theft. Not only is your employer stealing your wages, but they’re also subjecting you to higher tax rates as well. Plus the misclassification might be denying you other benefits, like healthcare.

Working Off The Clock

Simply put, it is illegal for an employee to perform any work-related duties while off the clock. Your employer hired you to perform a job during set hours. Any time outside of that typically falls into the category of overtime. So if your boss makes you “stay late to finish up” without compensation, that’s textbook wage theft.

Employers are, generally speaking, required to pay you overtime (oftentimes one-and-a-half times your hourly pay) if you work more than 40 hours a week. It can vary slightly from place to place, though. Clarify overtime requirements with your employer to make sure you aren’t a victim of wage theft. If you are a salary worker with a contract for 40 hours a week but are typically putting in 50 or 60 hours, wage theft may apply to you too.

We’re all human and we make mistakes. However, tax deductions are a serious matter and should be respected accordingly. It is usually illegal for employers to “charge employees for work-related tools, materials, clothing, etc.” Don’t let bad deductions rob you of your rightful pay.

As evident from the definition, minimum wage sets the bar for what workers can expect to earn for each hour worked. However, “if an employer pays less than the state minimum wage for any hours worked, their actions are wage theft.” This is common in industries with tipping or the gig economy. Many early rideshare drivers claimed that their final wages didn’t even calculate out to meeting minimum wage, prompting changes from the likes of Uber and Lyft.

This is probably the easiest type of wage theft to recognize. Full wage theft is when you employer simply fails or refuses to pay for work you completed. Employers rob their workers of 100% of their earnings when they refuse to pay for completed work. This one is more rare, since it’s so blatant. However, it does still happen.

Now that you can recognize the forms of wage theft, let’s discuss ways in which you can prevent wage theft from occurring.

How to Stay Proactive Against Wage Theft

One of the easiest ways you can protect yourself from wage theft is to keep track of your hours worked. There are a variety of apps you can download that will track the time you clock in and out. Of course, many of them rely on you to manually enter the information on your phone. It can be easy to forget. However, it’s at least a step in the right direction.

Reviewing your pay stubs every payday is another way to make sure you’re getting every penny you earned. Compare your stub to the time clock you kept of the pay period. Ensure that the numbers line up correctly. Use a calculator if you have to. It might seem like a hassle, but don’t assume that just because your employer gets it right most of the time that they’ll never make a mistake.

A preliminary step you can take to counteract wage theft is to thoroughly read through any paperwork you might receive as a new employee. In fact, you can even ask in the interview process what company policy is on such aspects as overtime, paid time off, or sick pay. Be clear about what rights you’re entitled to before you accept any job offers.

What If You Find Yourself a Victim of Wage Theft?

Realizing you might have been a victim of wage theft can feel scary. After all, do you know how long it’s been going on? Will you lose your job if you speak up? Maybe you no longer work there at all, but you’ve since realized that wages were unrightfully taken from you?

Wage theft is an unfortunate reality for many folks, but don’t panic. There are a number of resources out there that are available to help you get back what you rightfully earned.

Typically, the first step in correcting wage theft is to bring the error to the attention of your supervisor. In the majority of cases, wage theft is nothing more than an honest mistake. This works best for instances in which there’s a discrepancy with your timecard. However, reminding your supervisor that any extra hours you work are subject to overtime pay isn’t a bad idea either. Give your boss or employer the benefit of the doubt at first. They are only human, after all. They will probably be more than happy to correct a legitimate mistake.

If a talk with your boss doesn’t cut it, you’ll need to start digging in for a fight. Start by brushing up on federal, state, and local laws concerning wages. You may even find yourself consulting with a lawyer to find out what your rights are and how to exercise them. Filing a complaint with your state’s Department of Labor is another route you can take.

While these actions may or may not result in you being paid for your lost wages, the important thing is that you stood up for yourself. Speaking up may cause backlash at your work. Be on the lookout for retaliation and even unlawful termination. Employers that habitually commit wage theft typically have ulterior motives for the money they’re taking from your paycheck. Anyone caught sniffing out their dirty laundry probably won’t be met with a welcome hug. If this happens to you, definitely consult a lawyer about your options.

Bring Home Every Penny You Deserve

Unfortunately, wage theft is all too common. Sometimes it’s simply an error in calculation. However, there are cases where the motive is much more sinister. We hope this article has helped you learn more about wage theft and how to prevent it from happening to you. Know your rights, be clear about what benefits you can claim, and above all, fight for your wages. You worked hard to earn the money that supports your lifestyle — and you have a right to every penny.