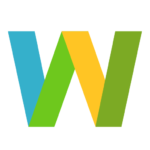 Have you ever wondered what the paycheck and salary structure of military personnel looks like? Similar to their job description, their salary and payment structure differs greatly from that of civilians. How one receives a paycheck as a U.S. troop is more complicated than getting paid for working your regular nine-to-five job.

How Are Military Officers Paid?

A service member’s salary is made up of three major components.

The major component of a military personnel’s salary is their base pay. Base pay is the standard compensation received by every active member of the military for their service. The amount received varies only by rank.

For example, an officer enlisting for service starts at the lowest rank known as E-1 or private. A private earns a base salary of roughly $1,600 per month. By contrast, the highest-ranking position of 0-10, also known as Five-Star General, can earn a salary in excess of $15,000 per month.

Allowances are the next major source of a military officer’s income. They comprise of extra financial grants given to military personnel in addition to their base pay. They serve to cover basic expenses that aren’t catered for by the government, such as food, clothing, and housing.

Other special allowances are given to military personnel in certain situations or after certain service achievements have been reached.

BAH is given to service members that live away from the barracks. Housing allowances are given to officers to provide them adequate and sustainable accommodation when government housing is not provided.

The 2021 BAH rate ranges from $70 to $158. This rate varies depending on the cost of local housing, dependency status, and officer’s military ranking.

Due to barracks often not meeting the minimum standards for housing, officials who reside in barracks receive a partial housing allowance for their inconvenience.

BAS is a monetary allowance given to active service members to offset the cost of feeding. All enlisted members of the military receive BAS.

The value is determined by the cost of food in their given zip code. However, unlike housing allowance, subsistence allowance is not influenced by family or number of dependents because it is designed to feed the service member only.

Benefits constitute the final part of a service member’s salary. While allowances like BAH and BAS cover expenses in advance, military benefits are aimed at reimbursing service members on costs for certain commodities.

Some of these benefits include:

Numerous other benefits like transportation, vacation, and relocation are given to service members. Military personnel are required by law to pay taxes. However, only their base pay is taxable. Moreover, the tax is the same for all officers per state and federal law irrespective of military rank and position.

An officer’s base pay covers federal income tax, Medicare, social security, and state tax. In some instances, an officer could be stationed in a tax-free combat zone or a state that doesn’t tax military income, in which case tax payment won’t be mandatory.

The state in which an officer registers as their official residence will determine the tax laws they fall under.

How Much Do Military Retirees Receive?

Retirement from military service can occur either when one has served for 20 years or are medically retired because they are unable to perform military service due to ailment or injuries suffered while on duty.

Military officers that retire receive compensation, known as retirement pay, for life. Just like basic pay for active service members, the value of one’s retirement pay largely depends on their years of service and rank at the time of retirement.

Typically, the retirement pay of a retired official is about 50 percent of their base pay at the time of retirement from active service. For example, a retired five-star military general can expect to earn about $7,500 per month.

Retirement pay could be higher than 50 percent of an officer’s base pay depending on years of service, retirement plan, and other factors. Do Retirees Get Benefits and Privileges?

In addition to receiving their retirement pay, ex-service members are granted a long list of tangible benefits, which greatly aid their financial well-being post-service. Basically, officers get to keep most of the benefits from their service years with a few added tweaks to suit the needs of post-service life.

Upon retirement, all military personnel receive full medical coverage by registering for the military healthcare program Tricare. Tricare covers expenses for treatments and procedures resulting from any ailment that may arise after an officer retires from active service.

Enlisting for military service is a difficult decision. Changing from a civilian to a service member is life-changing, to say the least. However, being a member of the U.S. military comes with lots of financial perks.

With all the added benefits and allowances that come with the territory in addition to the handsome base pay, few jobs reward effort like military service. The military ensures all of its members are financially secure during and after active service.

This article was worked on by a number of the WalletGenius staff, including freelancers, full-time writers, and editors. Summer has arrived. The sun is out and many people are hitting up local yard sales again. You may be interested in holding one yourself. After all, they can be a great opportunity to get rid of your old stuff — and make a little money on the side. So if you’re planning a garage […]

Read More about Tips for Holding a Successful Yard Sale There was a time, not so long ago, when the idea of working from home seemed like a pipe dream for many people. However, as technology improves and companies come around to the idea, remote work has become a reality for many of us. (Not to mention a global pandemic that forced many workers to […]

Read More about How to Successfully Work From Home

Jobs For Those Needing a Better Work Life Balance Jobs For Those Needing a Better Work Life Balance

We hear a lot about the importance of a work life balance. After all, what’s the point of earning that money if we spend all our waking hours working, never getting time to enjoy life? Unfortunately, the invention of laptops and smartphones means that many employees find themselves answering emails or phone calls at all […] Whether you’re a college student looking to earn a little extra money or an older citizen simply trying to top your budget, there are plenty of seasonal employment opportunities. Some jobs are constantly rolling in and out of popularity, as the months roll by. Even thought the word “seasonal” implies the jobs are only temporary, […]

The Best Reasons to Start a Side Business in 2021

The Best Reasons to Start a Side Business in 2021

Entrepreneurship isn’t always the easiest path to take. Many people start and fail at their businesses, year in and year out. After all, it’s well known that most businesses fail. In fact, the U.S. Bureau of Labor Statistics (BLS) reports that approximately one-fifth of businesses fail after the first two years. Around 65% fail within […] At a certain point in our lives, we realize that adulthood comes with the requirement of a job. That means a 40-hour (or sometimes more) work-week, colleagues, commutes, and many other aspects we associate with our 9-to-5. But as hard as you work, are you sure that you’re taking home every last dollar you earn? […]

Read More about How to Protect Yourself From Wage Theft

See all in Make Money