Home » Money » Make Money » How Much Money Can You Make Driving for Uber?

How Much Money Can You Make Driving for Uber? 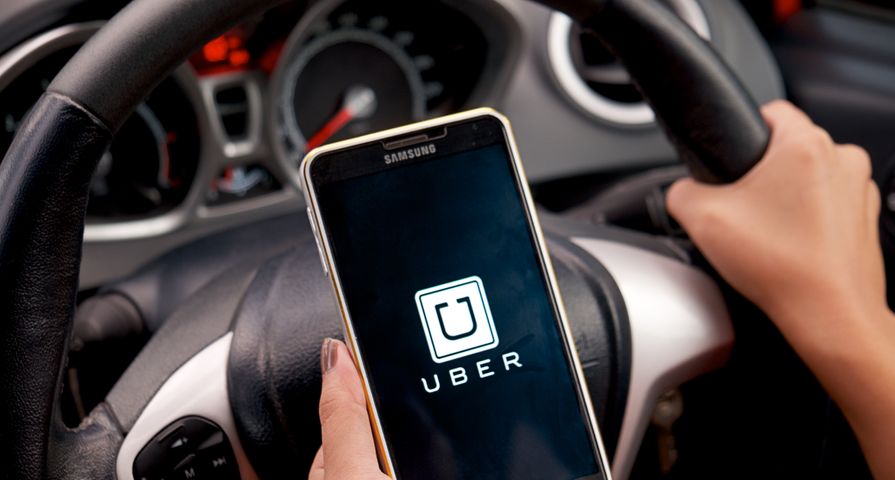 Here Are Some Fun Part-Time Jobs For Retirees

Uber has become a go-to mobility option for smartphone users seeking convenient alternatives to solo driving, taxis, and public transportation. The platform’s popularity continues to soar. Uber is constantly increasing its reach and market share, drawing millions of new riders into its purview. This has naturally created strong demand for more drivers. Many Uber drivers enjoy the flexible, self-directed work schedules. They drivers can supplement their regular incomes by working part-time during their off hours, or even earn a full-time living as an Uber partner.

As Uber notes on its website, numerous factors influence how much money its drivers earn. These include how many hours you spend driving, when you choose to work, where you live, and how frequently you plan to work. Let’s break these (and other critical dynamics) down to shed light on a question with many different answers. Exactly just how much money can you make as an Uber driver?

Drivers make money on every trip. They pocket most of whatever fare the passenger pays for their ride. Uber also pays extra for long-distance trips, waiting periods, and guarantees minimum earnings for short trips. However, fare rates vary widely from city to city and country to country. They are impossible to generalize. They depend on localized market factors, like the regional economy, average wages, and currency valuations. The one commonality is that Uber pockets a percentage of every fare, leaving the driver with the rest.

Next, consider that customer fares differ for the various transportation services Uber offers. Therefore, drivers stand to earn wages at different rates depending on which service they provide.

UberX is the company’s most basic service. It has the least intensive startup needs. Next, there’s UberXL, which features larger vehicles that can accommodate more than five passengers. You’ll need a van or large SUV to qualify.

UberSELECT offers rides in higher-end vehicles, which you’ll need to own (or otherwise provide) if you want to give your passengers a touch of class. The company’s premium offering is UberBLACK, which requires drivers and vehicles to meet luxurious standards. It also provides passengers with additional options and features. It is the most expensive and thus tends to offer the highest pay. However, reports from actual drivers fluctuate wildly.

Uber takes a cut of every fare, currently set at 25% of the total price of the passenger’s ride. This fee covers access to Uber’s proprietary software, credit card payment processing, invoice distribution, and collection of the passenger’s fare payment. Uber used to charge its partner drivers sliding commissions depending on which Uber service they provided, but their system has now shifted to a flat-fee model.
You can earn extra by working during surge periods

Uber offers several options to drivers who want to boost their earnings. Surge pricing is one of the most lucrative. Surge pricing occurs when there’s particularly high demand for rides, allowing Uber to charge passengers higher fares. Drivers get access to a feature known as a “heat map,” which shows where demand is highest in your local area. Trips originating in high-demand areas qualify for higher pay if surge pricing has kicked in. For example, there’s often surge pricing after a large concert or sporting event is over.

Partner drivers can also earn bonuses for working at peak periods, like evening rush hour. For example, Uber drivers can earn a $6 bonus every time they complete three consecutive trips originating in the downtown core of a participating city if the first trip starts between 4:00 and 6:00 p.m. Another bonus program pays drivers extra for hitting certain milestones. For instance, partners can score a $30 bonus by completing 20 trips in a given week.

With a little strategizing, Uber drivers can put themselves in a good position to rack up a lot of fares in a relatively short period of time. For example, you can work heavily during morning and evening commute periods. If you’re a night owl and you don’t mind ferrying partygoers around, you can also work during times when your local bars and nightclubs close. Uber also offers partners access to a unique app packed with features designed to help drivers maximize their earnings. Take advantage of it, since it’s included in the commission you pay on every fare you collect.

Uber drivers can also pad their earnings with tips from customers. Of course, these are impossible to predict as they rely solely on the generosity of passengers. However, passengers tip about two-thirds of the time, and offer up an average of about 7% of the fare. You can increase your chances of earning a tip by providing great service. Simply be prompt, polite, offer a clean and comfortable vehicle, and acquiesce to passenger preferences about music, air conditioning, and windows being up or down. Most importantly, drive safely but efficiently. You can really up your game by providing simple things like chilled bottled water or charging cords for cell phones.

What the Statistics Show

A comprehensive 2018 survey conducted and published by Ridester found that median earnings for an UberX driver reach $13.70 an hour without tips. It rose to 14.73 an hour with tips. That year, UberXL and UberSELECT drivers earned an average of $14.85 per hour, while drivers on the platform’s premium UberBLACK service made $24.87 per hour. However, Ridester noted that very few UberBLACK drivers responded to the survey. They encouraged readers to take their UberBLACK findings with a grain of salt.

Ridester’s research also pointed to high driver burnout rates. They say 46.4% of Uber drivers lasted less than one year on the job. Less than 20% of drivers hit the two-year mark, while only 11% make it to three years or more. However, the company’s driver fleet has indicated increasing satisfaction rates since new CEO Dara Khosrowshahi took the helm in August of 2017. Even so, these figures suggest Uber may be a better bet as a part-time or supplementary source of income or extra cash.

Uber drivers remain responsible for numerous other expenses, which can add up over time and eat into your earnings. You’ll have to pay for your own gas, your own insurance, and all the extra wear and tear on your vehicle. Drivers are also on the hook for costs if they use toll-based infrastructure like highways and bridges. While many customers will offer to cover these charges in the form of tips, they are not obligated to do so.

Before you start driving for Uber, make sure you’ve talked things over with your insurance company. Using your vehicle as part of a rideshare service may affect your coverage, as these vehicle uses might not be covered by your current policy. Don’t put yourself, your vehicle, and your passengers at risk. Make sure you’re properly covered for your Uber activities before you accept your first fare.