Camp Lejeune Water Lawsuit: You Might Be Owed Money 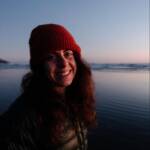 If you were stationed at Camp Lejeune between 1953 and 1987, you may have been exposed to contaminated drinking water. This contaminated water has caused serious health problems for many who were exposed. The federal government recently passed legislation making it easier for veterans and their families to pursue compensation.

Although compensation isn’t guaranteed, you may be owed money if you suffered health problems after being stationed at Camp Lejeune. Learning more about who’s covered by the law and what options are available can help you decide what action to take. Here’s everything you need to know.

The History of Contaminated Water at Camp Lejeune

For around 30 years, people stationed at Marine Corps Base Camp Lejeune in North Carolina may have been exposed to toxic chemicals in their drinking water. Wells were found to contain benzene, trichloroethylene and other chemicals. The water may have also contained pesticides and heavy metals, such as mercury.

For many years, the military buried solvents and chemicals in the ground on the base despite knowing it could pollute the water. This practice likely led to volatile organic compounds and harmful chemicals in drinking water. Military personnel and their families used water containing these contaminants for drinking and bathing.

The toxic chemicals and VOCs found in the water at Camp Lejeune are known to cause serious health problems. Some of the most serious included cancer, birth defects and other diseases.

Water at Camp Lejeune seems to be especially linked to certain cancers, Parkinson’s disease, and problems with the formation of blood cells known as myelodysplastic syndromes. Many of these health problems are painful and can be life-altering or fatal.

The Camp Lejeune Justice Act Is Supposed to Help Those Affected

Congress passed the Camp Lejeune Justice Act (CJLA) in 2022. It gave many impacted people an opportunity to pursue lawsuits and monetary compensation. The CLJA was necessary because other laws regarding statutes of limitations and governmental immunity prevented lawsuits. While such laws may make sense in other types of legal cases, many people felt they were unfair in the case of injuries caused by the water at Camp Lejeune.

The CLJA means that qualifying veterans and families can pursue money for their injuries. If you want to seek compensation under the CLJA, you must file a form before August 2024.

Who’s Covered by the CLJA?

To be covered by the CLJA you must have lived at Camp Lejeune for at least 30 days between August 1953 through December 1987. The following are examples of health conditions that may be linked to Camp Lejeune:

Family members can also pursue a lawsuit on behalf of a loved one who passed away due to a health condition caused by Camp Lejeune water.

If you believe you’re owed money due to Camp Lejeune water, you must file a CLJA claim form. These forms gather basic information about you, the time spent at Camp Lejeune, and the nature of the injury.

You aren’t required to have a lawyer to file the form. However, a lawyer can help ensure the claim is properly filed. Remember, there’s no guaranteed outcome. You should be cautious of anyone promising a big payout or charging high fees. The U.S. Navy will review the forms and develop a plan for handling claims. However, the timeline for this isn’t yet clear.

How Much Money Will Be Paid for Camp Lejeune Water Injuries?

In total, experts estimate that billions of dollars will be paid out in settlements and benefits related to Camp Lejeune’s water. However, the amount you get depends on the type and extent of your injuries. Every case is different, and there’s no guarantee that any single claim will result in money.

However, payouts for severe health problems may be significant since the government has specifically allocated resources for Camp Lejeune water contamination cases. Punitive damages aren’t available under the CJLA, so any payment will be based on your actual injuries and ongoing health care needs.

VA Benefits Are Available for Injuries Related to Camp Lejeune

Additionally, VA disability benefits and health care are available to qualifying veterans, reservists, and guardsmen who resided at Camp Lejeune. These benefits are separate from a lawsuit, but the requirements are similar. Benefits may be available to those who are eligible for VA benefits, were at Camp Lejeune for more than 30 days during the qualifying dates and have a related health problem.

The Camp Lejeune Families Act of 2012 offers health care benefits and treatment for 15 conditions, including cancers, infertility, and neurobehavioral problems. Alannah Koene is a content writer based in Victoria, British Columbia. Although she writes for a range of topics, her professional writing often focuses on business, health, and lifestyle. Spending much of her time exploring the outdoors through sport, Alannah aims to share her perspectives through writing and content. She’s happiest reading a book in her hammock with her dog napping nearby. Have you ever wondered what the paycheck and salary structure of military personnel looks like? Similar to their job description, their salary and payment structure differs greatly from that of civilians. How one receives a paycheck as a U.S. troop is more complicated than getting paid for working your regular nine-to-five job. The U.S. military […]

Read More about Military Salaries, Retirement, and What to Expect See all in Money