Home » Investing » What is a Perfectly Competitive Market?

What is a Perfectly Competitive Market? 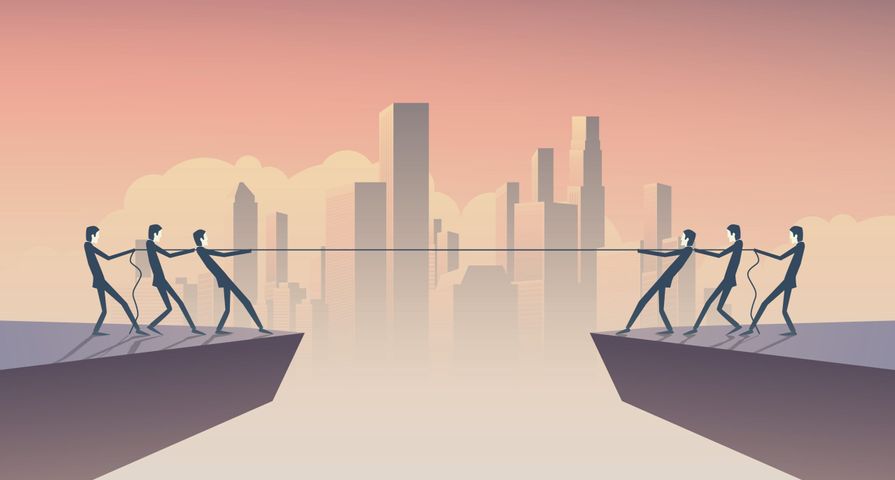 Be Wary Of Over-Enthusiasm When Investing

Have you ever found yourself standing in a supermarket aisle, comparing prices? There’s a bunch of similar products, but with a wide variety of prices. I’ve been there before. From pasta to cheese to bread, I really have no idea what makes one product better than the other. When I do need to make a choice, I often just buy the cheapest option on the shelf. Why not, right? Of course, just because I don’t really know what the differences are doesn’t mean those differences don’t exist. I’ll often come home with groceries, only for my wife to scold me for buying Brand X instead of Brand Y. But imagine if all my choices were exactly the same. What if every brand made the exact same kind of pasta, in the same factory, with the exact same taste? Why wouldn’t I pick the cheapest ones? In this scenario, pasta would be a perfectly competitive market. Let us explain…

What is a Perfectly Competitive Market?

A Monopolistic Market is the Complete Opposite

Modern society (aka capitalism) tends to favor competitive markets. That’s why there are so many laws that try to limit a company’s ability to control prices by becoming a monopoly. I’m sure you’ve heard of antitrust laws or times when the government blocks a proposed merger. The antitrust regulators still approve most deals. However, they won’t hesitate to step in if they believe a merger will limit competition too severely.

Sometimes, governments will step in even when there isn’t any money directly involved yet. Who could forget the U.S. government suing Microsoft in the early 2000s for monopolistic practices. The lawsuit was based on the tech giant bundling Internet Explorer with every Windows installation, while every competing product required users to manually go download.

Is a Perfectly Competitive Market the Holy Grail?

On the surface, competition is always good. It ultimately leads to better products and better prices. After all, everyone wants to make more money. If a company thinks they can make a better product (or the same product, but cheaper), then they will try to do so. Then consumers will choose with their wallets.

Having said that, market competition taken to the extreme isn’t really good for everyone involved. Yes, prices are rock bottom. That might sound appealing to consumers. However, there are plenty of secondary effects that aren’t as desirable. In a perfectly competitive market, no producers actually make any money. Since everybody has perfect information, no one pays more than the bare minimum price.

If one company was making money, then other producers will swoop in and lower the margin until everyone’s profit is zero. Furthermore, innovation grinds to a halt in a perfectly competitive market. That’s because there’s just no incentive to make a better product. In fact, making a better product cannot occur in a perfectly competitive market. After all, having the exact same product is a part of its fundamental characteristic.

Like we mentioned, a perfectly competitive market is really just a theoretical scenario. It doesn’t exist in the real world one. That’s because there’s really no market where the customer and producers both have perfect information. Still, there are some real life examples that comes close.

Take those iPhone charging cables sold at Amazon, for example. When you search for these products, you’ll see a ton of different options. However, they all do the same thing (for the most part) — charge your iPhone. They are pretty much a commodity these days. For the most part, prices dictate which ones are the most popular. Still, there are a couple of ways producers try to make more money by distinguishing themselves in the market. For one, some have better reviews. That suggests that the quality of the products is different. Second, some have different connectors, lengths, or colors that may work better for different customers.

However, these differences all violate the characteristics required for a product to be in a perfectly competitive market. And let me tell you a secret that most people don’t know. Most people in the U.S. think these cables are already plenty cheap, at a few bucks each. But I’ve seen these exact cables (with the same packaging) sold for half the price at stores in Hong Kong. If I were to guess, the same cables are sold for an even cheaper price in China, where they are first produced. For iPhone charging cables, customers simply don’t have perfect information.

However, the economic theory of a perfectly competitive market has some advantages. Companies and economists can use to evaluate certain products or markers in a theoretical way, removing factors like high startup costs or government regulations. Ultimately, though, these are just thought experiments.