Home » Investing » PEG Ratio: What Is It? And What’s A Good One?

PEG Ratio: What Is It? And What’s A Good One? 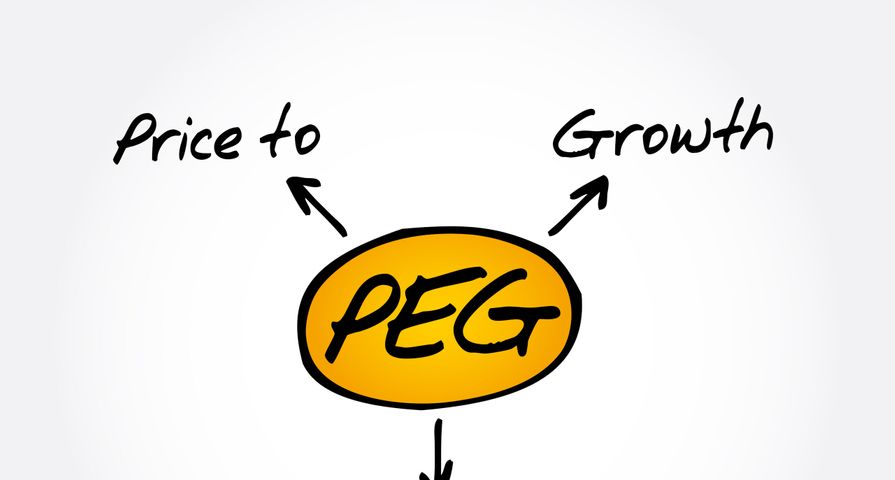 Deadweight Loss: Everything You Need to Know

Investing in the stock market can be confusing, especially for beginners. There are so many terms, theories, and calculations that get thrown around the internet. It can make your head spin if you’re not careful. When evaluating any potential investment opportunity, one important number to know about is the PEG Ratio. Otherwise known as the “price per earnings to growth ratio,” it measures how fast a company is able to grow its earnings. Obviously, increased earnings and stable growth is a good thing for any company. However, it’s not always that simple. On its own, that number doesn’t tell us much. However, it’s still useful for comparison purposes.

A useful measure for stocks is to figure out its price to earnings (P/E) ratio. Different from the PEG Ratio, this indicates how much money the company is worth per each dollar in earnings it is generating. However, investors are interested in the sum of all future cash flows that a company generates. That’s why it not only wants to know how much money people are paying for each dollar of earnings, but also how fast (or slow) the earnings are growing. That’s where PEG Ratio comes in.

How Do You Calculate the PEG Ratio?

The PEG Ratio isn’t that hard t calculate. It’s the P/E ratio, divided by the Annual Earnings Per Share (EPS) Growth. Let’s say a stock has a P/E ratio of 30. If the annual EPS Growth rate is 15, then you will have a PEG ratio of 2. Conversely, that number will only be 0.5 if the stock is able to grow significantly, at 60% a year. The stock is considered a better value when the PEG Ratio is lower.

The general wisdom is that a PEG Ratio lower than 1.0 means a stock is undervalued. Anything over 1.0 is overvalued. In other words, it’s likely a smart investment anytime you see a growth rate higher than the P/E ratio. However, having a PEG ratio of 1 simply means that the P/E ratio is equal to the annual growth rate. That doesn’t give much of an indication whether a stock is a good buy or not.

Let’s look at Amazon as an example. It’s a stock that’s been practically on fire for the past two decades. Despite it’s tremendous growth, it often had a PEG Ratio over 1. There was a time in the past decade when Amazon’s ratio was an alarming 191. Was it overvalued when it hit 50? What about when it hit 100? You would have still made double your money if you bought Amazon stock at those moments. As you can see, this one single calculation isn’t a complete picture of a stock’s value.

Speaking of Amazon, there were also times when their stock had a negative PEG Ratio. That’s because there were periods when the annual earnings growth rate was negative. If you follow the above rule of thumbs, you would certainly think that the stock was not a good purchase. However, those slowdowns were often because of management’s decision to heavily invest for future growth. Many companies make this kind of decision. While there’s never a guarantee that investing for the future will pan out for a company, it can work out. Obviously those decisions paid off handsomely for Amazon.

It’s hard to see whether a stock is fairly valued when you use PEG Ratio by itself. It’s only when you start comparing that the data becomes more useful.

For example, let’s say you calculate the PEG Ratio of two companies. You quickly determine which one is priced higher, after you normalize the price based on how fast the earnings are growing. You can also compare the same company by comparing the current PEG Ratio to a historic time period. That will show whether the company is doing better than the past or not. You can even start calculating the PEG ratio for multiple periods of the past. Then you chart a graph to see if you can spot a trend. This is the kind of analysis that seasoned investors work on every day.

When you research a stock, make sure you know whether the stated PEG Ratio is based on historical earnings and growth rates or future estimated earnings. The former is used to calculate the trailing PEG Ratio. The latter is the forward PEG ratio. While future earnings are ultimately what will determine where the stock should be worth, it’s important to note that these are only based on estimates. As everyone dealing in the stock market knows, it’s hard to predict the future.

On its own, these calculations are only a number. However, compare two (or more) numbers and you can quickly see which stock might be the better value. However, it’s important to only compare PEG Ratios of companies that have similar characteristics.

For example, using PEG Ratios to compare two high growth companies in the same industry can tell you which one is priced more for its growth. On the other hand, comparing ratios of a high growth company and a low growth company (in a different industry) doesn’t make such sense. Remember, some people buy lower growth investments for reasons other than its earnings growth. Some own shares for the dividend, while others buy for a lower volatility. Therefore, comparing the stocks solely based on PEG ratio isn’t the best idea. It’s an incomplete picture.

PEG ratio is a useful and easy way to calculate a basic number. However, its true meaning isn’t unlocked until you use it for comparison purposes. Like pretty much anything that has to do with stocks, the number can only serve as a guide. After all, if making a simple calculation based on publicly available information was all it took to figure out which stocks to buy, everyone would be a stock market millionaire.

When conducting any stock market due diligence, make sure you include the PEG Ratio. It’s one small part of the bigger picture, but still one worth knowing about. Most major business site even include the ratio on their company pages, so you won’t even have to do a ton of arduous math. The more information you have, the smarter your investments will hopefully be.