Home » Investing » Deadweight Loss: Everything You Need to Know

Deadweight Loss: Everything You Need to Know 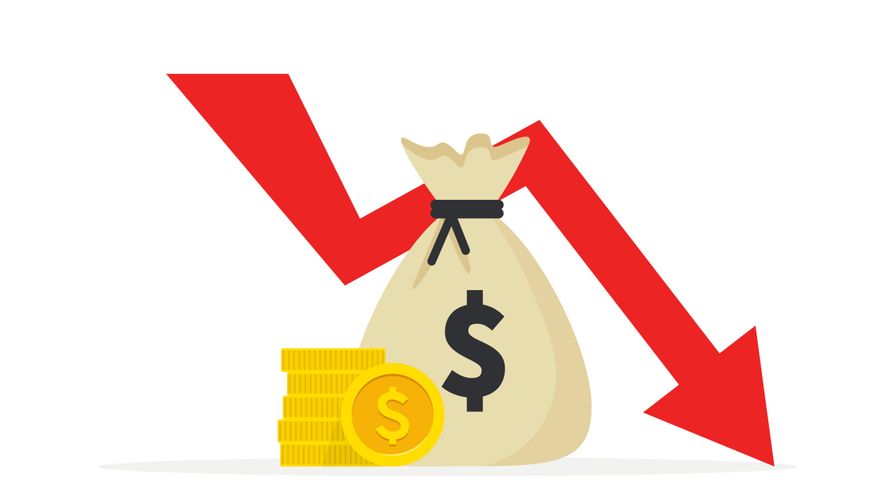 Deadweight loss is a fairly simple economics term. It’s used to describe the cost to the economy when prices aren’t allowed to be set by supply and demand. In the perfect world, markets are always efficient. If a product is sitting on the shelves and there’s not enough people who want it, then the store owner will lower the price in order to attract more buyers. Conversely, if the demand for that product skyrockets, sellers will quickly catch on and start raising prices. Before we dig deeper into deadweight loss, here’s a quick lesson on supply and demand in the stock market.

Supply and Demand in the Stock Market

Stocks are a perfect example of a fairly efficient market. On any given trading day, there are many buyers and sellers for the same stock. You might have heard of the notion that there’s always a buyer or seller somewhere. That’s true. After all, every trade happens because a buyer is willing to take shares away from a seller. In fact, stock prices are partially set by the last trade that a buyer and seller exchanged a shares at. When there are many eager buyers and few sellers, the prices rise. Buyers continue to fight to own shares by making higher and higher bids.  In a crash, the opposite happens. There are very few buyers and many sellers panicking to exit their positions. When that happens, buyers bid extremely low. The price of the stock inevitably drops, as sellers cut their losses.

Deadweight loss is also referred to as “excess burden.” It’s the economic loss if prices aren’t allowed to be set solely on supply and demand. Taxes can actually create a deadweight loss if it’s done excessively.

Not many people are talking about it yet, but there are some interesting new proposals in Congress. Particularly, that they wants to levy a Financial Transaction Tax (FTT)of 0.1% on every trade. In other words, the government wants to tack on a fee of $1 per every $1,000 traded.

Their main focus is to target high frequency traders, making it costlier. However, there’s no doubt that the little guys will be paying the tax too. At 0.1%, it can be argued that this extra cost won’t affect anybody’s decision to make a trade. But what if the tax was raised? Not that anyone would expect the number to ever be this high, but you’d surely think twice about a trade is the FTT was set at a ridiculously high amount.

If that happened, it would mean less transactions overall. It would probably cost jobs — for employees who service the high frequency trading. Many stock brokerage firms would reduce their workforce, since the related business would be bringing in less revenue. This economic loss of jobs is referred to as deadweight loss.

Minimum wage can be another example of deadweight loss. If the minimum wage law is set too high, employers will have to pay a higher price than they would have if markets were allowed to set the price on its own. This can prevent workers from even finding a job. On the other hand, it can prevent a business owner from actually making a profit. In the worst case scenario, a business may not be able to survive if it can’t make payroll. In this situation, everyone involved — owners and employees — would lose their incomes. Deadweight loss is the measure of this lost.

Deadweight loss takes into account the total lost to society when everything is calculated. That includes secondary effects. Let’s say the government decides that fast food workers are worth more than the current minimum wage. They mandate a $20 minimum wage specifically for fast food workers. The restaurant owner would be hurt first, since their payroll costs have increased. They may have to, in turn, raise menu prices. Some people would then decide that the new prices are too high. It’s likely that sales would drop. Even if they don’t, that leaves a bit less money in the budgets of those who still buy food at the restaurant.

There’s more. Now that fast food workers are paid $20 an hour, other people in the industry start to notice. The dish washer at a fancy restaurant may no longer want to clean dishes. After all, they can make the same amount taking orders sitting in a chair at the drive-thru window. The cleaning staff in the hospitality industry will also take notice. Why make beds when you can make more flipping burgers?

This slowly causes a shortage in other industries. It ultimately raises the wages for everybody, as wages will have to go up across the board. Then every industry will have to raise their prices to counteract their new payroll expenses. And then fewer people will buy those goods and services, claiming they are too expensive now. The cycle continues. It can lead to less spending overall. That typically means fewer jobs. The ripple effect can be huge, and the aggregate of these effects represent the deadweight loss.

While we try not to wade too deeply into politics, the minimum wage issue has been a hot button topic lately. When explaining deadweight loss, we used a higher minimum wage — and it’s potential economic impact — as an example. It’s a simple exercise to follow, but it’s a more complicated situation in real life.

There are multiple legitimate reasons to believe that a higher minimum wage wouldn’t actually crash the economy in any way. It could actually help it. All it means is that the mega corporations of the world (Amazon, Wal-Mart, McDonalds, etc…) would have to pay a small percentage more to their employees. In turn, those employees can better stimulate the economy by not being forced to live on scraps. The prices of major expenses — cars, housing, college tuition — continue to rise. However, the federal minimum wage hasn’t even kept up with inflation.

Left-leaning citizens would argue that raising the minimum wage is good for everyone. If the “low-skilled” jobs are worth that much, then the skilled jobs are worth even more. That puts more resources back into the hands of the general population. The political right argue that if businesses — both big and small — are hit with payroll increases, they will slash jobs or simple move out of the country. The reality of the issue would never be that black or white, but we wanted to mention it, in the interest of transparency.

In the perfect world, deadweight loss would be zero. Going back to our example, a minimum wage increase would see more money in the pockets of workers. That means they can afford prices going up, and all things would be equal. However, nothing will ever be totally efficient in the real world because we are all a little bit selfish.

If you asked 1,000 workers in the fast-food industry whether they wanted a minimum wage increase, they would likely all vote yes. How many of those 1,000 might lose their job as a result, though? Similarly, many business owners happily pay less for workers if they can get away with it — even if it means those workers barely have enough income to survive. Both scenarios creates deadweight loss. It’s equally destructive versus the efficient market.