‘Credit Repair Loans’ Explained: Here’s Why They Are Terrible 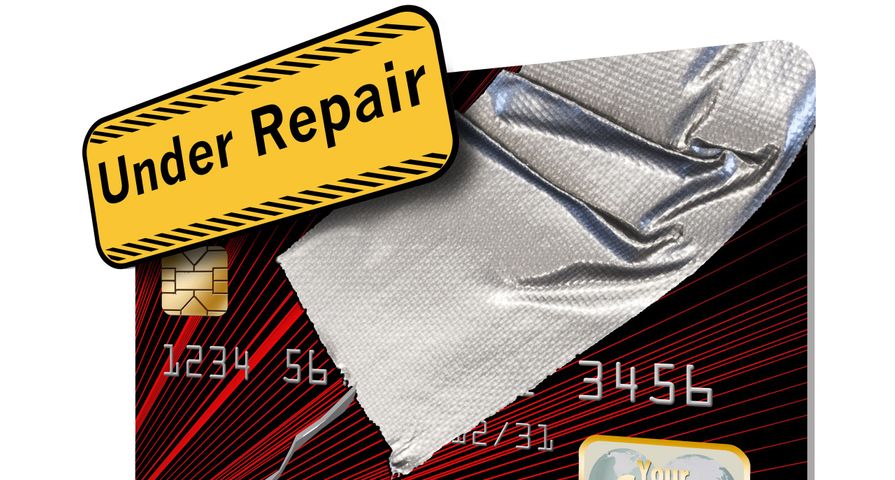 Why Did Your Credit Score Suddenly Drop?

Sometimes it seems like banks and other financial institutions simply make up new phrases in order to make more money. For example, there was a time not that long ago when “Reverse Mortgage” wasn’t even a thing. Among the countless other confusingly named products, you can now apply for a “Credit Repair Loan.” Except you should not, under any circumstances, do that.

On the surface, a Credit Repair Loan sounds like a great idea for anyone with poor credit. Sometimes they are also called “Secure Savings Loans.” After all, it’s a loan that will repair your credit score, right? Not exactly.

Global News recently ran a story about Cody O’Day. He wanted to borrow some money to set up an Airbnb space. The 29-year-old from British Columbia wanted a loan for about $1,750. He knew he didn’t have the greatest credit score, so he ended up at a place called Fresh Start Finance. He was prepared to pay a higher interest rate. Unfortunately, he was talked into something else entirely.

O’Day believed he agreed to a loan of $2,300. He thought he would get $1,750 up front and pay it off over three years. He was aware that the total cost of the loan would be around $4,300. However, after reviewing the paperwork later that day, he realized that wasn’t the case.

He had actually agreed to a terrible product. The contract he signed actually stated that he would only get the $1,750 after he had made three years of payments, totaling $4,300. If that sounds like a terrible deal, it’s because it really is. The APR of this “loan” was more than 39% and included roughly $1,800 in fees.

O’Day tried to cancel the contract within a day or two, but Fresh Start Financial initially refused. When they learned that he had contacted Global News and a lawyer about his options, they eventually relented.

Much like payday loans, these so-called Credit Repair Loans are extremely aggressive. They are targeted at people with poor credit and low financial literacy. However, the companies that offer them claim they can actually help.

In an ideal scenario, you would make payments on your Credit Repair Loan for 12 or 18 months, building your credit score back up. Then, you could apply for a more traditional loan with less costly interest rates and fees. Using that new loan, you pay off Credit Repair Loan (and presumably finally get your hands on the extra cash you wanted to borrow in the first place). While the price for a Credit Repair Loan is ridiculously high, they can almost always be paid off early, in full, with no additional penalties.

Many jurisdictions have a so-called “Cooling Off Period” for loans. It’s a short amount of time where a customer can cancel an agreement with no questions asked. They range from 24 hours to roughly a week. However, the company who offered O’Day his Credit Repair Loan didn’t offer one, despite local laws saying such a provision in mandatory in loan contracts.

If you suffer from poor credit (or no credit at all), it can be tough to get started. However, there are still better options than a Credit Repair Loan. Instead, look into a secured credit card. Unlike traditional credit cards, they work a bit backwards. First, you need to save up a sum of money. Usually $500 or $1,000 can get you started. You deposit that money when you get a secured credit card, for the same balance. The bank will use your deposit as security if you miss any payments or default on your credit card.

On the bright side, if you use your new secured credit card responsibly, a bunch of good things will happen. To start, your credit score will rise. Secondly, your initial deposit will eventually be returned to you — plus interest — if you are a responsible credit card user for a while. That period is usually 12-to-24 months.

If you really need a quick loan, you can also ask family or friends. However, there are plenty of warnings about mixing personal relationships with money lending. You should read this article before going down that road.

Unfortunately, there’s no quick fix for a credit score. A Credit Repair Loan might not even help, even if you stick with the insane payment schedule. You’re just as likely to get further into debt as the fees and high interest take their tolls on your finances. Improving your financial health doesn’t happen overnight.

“Developing a favourable credit history and improving an individual’s credit score takes time and the single most impactful thing an individual can do is to pay their bills of all kinds (mortgages, loans, credit cards etc.) on time, every time,” said Julie Kuzmic, the director of consumer advocacy at Equifax Canada.

There are a number of businesses out there who will happily profit from people already struggling to make end’s meet. Plenty of “rent to own” furniture stores also offer ridiculous financing on household items like kitchen tables, sofas, or new TVs. If you don’t read the fine print carefully, you’ve suddenly agreed to pay over $2,000 for an HD flatscreen that retails at Wal-Mart for $800 bucks.

Credit Repair Loans (and payday loan outlets) perform a similar trick. Educate yourself about all things financial (you’re off to a good start by visiting Wealthversed!) and keep more of your money for yourself.