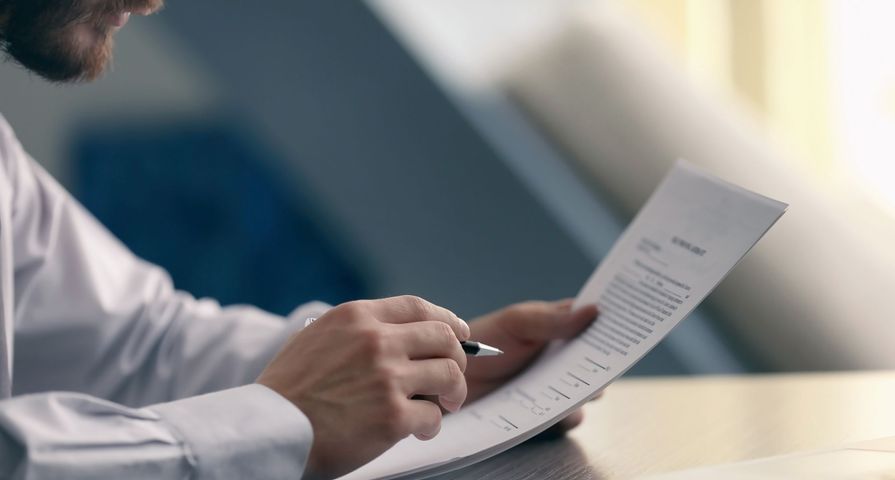 There are a bunch of key words to watch for when you take out any new kind of loan or credit. You probably know the obvious ones. Be aware of phrases like interest rate, APR, minimum payments, default penalties, loan term, and so on. However, you should also scan the fine print for one particular word that, at first glance, seems so out of place.

Look for the word “Iowa.” Yep, as in the Hawkeye State.

The next time you’re emailed a PDF file of some credit card contract or the fine print of a loan, search for the word Iowa. On most computers or software, you can use the keyboard shortcut Ctrl-F to quickly find the term anywhere it appears. You’re probably wondering why this matters. After all, it seems so random. Who cares about Iowa? Especially if you don’t even live there!

You probably aren’t aware, but the state of Iowa has some of the strictest consumer protection laws when it comes to lending and credit. According to this Life Pro Tip from Reddit, Iowa attorney general Tom Miller is to thank. He served from 1979 to 1991, and then again from 1995 up until the present day. He’s responsible for a 70-page consumer credit code that is part of Iowa state law. In short, this document prevents a score of predatory lending schemes that pop up all over the country.

Some examples include a $500 limit on payday loans, helping keep borrowers from getting in too deep. The code also severely limits the fees a lender can charge. Iowa also has a 21% cap on interest rates on car title loans from a separate law put in place in 2007. Other consumer friendly laws include caps on late fees for installment loans or rent-to-own agreements, and clamp-down predatory student loans and for-profit colleges.

Some Lenders Stay Away

All of these consumer protection laws are great for you. However, they aren’t great for financial institutions looking to maximize their profits. Many companies have decided to not bother with Iowa customers at all. The result is a bunch of fine print being added to certain financial products that includes phrases like “Offer not valid to residents of Iowa,” or something similar.

If you find that kind of phrase in your credit card application or bank loan fine print, take pause. It might be a sign that the terms of the deal are not at all in your best interest. Even if you don’t have a ton of alternative options, it’s worth taking the time to ask your lender about. Why is that clause included? Would they offer better terms if you lived in Iowa? Can you get those terms anyway? The answer might be no, but more knowledge is never a bad thing.

The inclusion of the word Iowa in your fine print doesn’t always mean the deal stinks. Those contracts are loaded with standard language that is copied and pasted from one agreement to the next. The point is that you need to be aware of what constitutes a fair agreement and what doesn’t. An offer that isn’t valid in Iowa could still be the best choice for where you live. These terms can also depend on your credit history, credit score, and income levels, so it’s not one-size-fits-all situation.