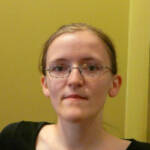 Which States Are the Most Senior-Friendly?

There are several things you should take into account when considering where to live during your retirement years. Things such as taxes, the cost of living, the climate and even recreation options are all worth investigating as a part of your retirement planning. According to one study that ranked the best places for seniors to live, Georgia is the most senior-friendly state. The top five best places for seniors to live are:

A Look at the States With the Lowest Costs of Living

In general, the most affordable places for seniors to retire are in the South. Several Southern states have a low enough cost of living for you to retire reasonably comfortably on savings of between $500,000 and $600,000. The most affordable states include:

Of these, Mississippi is by far the most affordable. Georgia makes an appearance on this list as well as on quality-of-life-focused lists, making it an appealing destination for many seniors. States With a Moderate Cost of Living

If you have a slightly larger retirement budget, you have a lot of options to choose from. The following states are a good option for people who have retirement savings in the $600,000 to $700,000 range. Wyoming is worthy of note for being highly ranked in terms of overall quality of life for seniors while still having a relatively low cost of living. States for Those With Bigger Retirement Funds

If you’re fortunate enough to have saved retirement funds of between $700,000 and $1 million, you have many potential retirement destinations to choose from, including traditional senior havens such as Florida and cultural hubs such as Washington. It’s worth comparing the tax policies of each of these states, as those with very tax-friendly policies may be more affordable than they first seem. There are six states where it’s recommended you have a retirement budget of at least $1 million. Those states are:

The remote nature of Alaska makes it a state you’re unlikely to choose to move to on a whim. California and Hawaii, however, may appeal to you if you’re a sun-seeker, and the variety of cultural opportunities in New York may make it a desirable retirement destination too. If you’re drawn to the idea of retiring to one of these states, take a moment to investigate the neighboring states, as they may offer similar benefits with a lower cost of living. Cost of Living Isn’t Everything

The cost of living is just one thing you should take into account when planning your retirement. Other important considerations include access to health care, the climate in that area, crime rates and recreation options. Since many seniors live for two decades after retirement, it’s worth choosing a place to live that will offer a good quality of life. The SeniorScore livability index is designed to help you choose between different locations when planning your retirement. The index covers several topics that may be of importance to seniors, including health and safety, finances and recreation. In addition to considering the basic cost of living, it’s worth thinking about how taxes can impact your disposable income. Some states tax social security income, while others do not. The same applies to income from retirement plans. It’s also worth investigating issues such as property taxes and sales tax. If you’re on a lower income, do some research into local property tax discounts and rebates, as well as any programs offered for veterans, if applicable. These state-run programs can reduce your annual expenditures significantly. Planning for Life After Retirement

According to the National Council on Aging, millions of American older adults aren’t claiming all of the benefits or rebates they’re entitled to. If you’re over 65, depending on the state you live in, you could be missing out on thousands of dollars of assistance per year. If you or a loved one is worried about being able to make ends meet in retirement, speak to the local Area Agency on Aging for advice about the state or federal programs available in your area. These agencies provide free advice and support to seniors and can point people to the correct organizations based on their needs. Consider the Cost of Long-Term Care

Some seniors find themselves losing mobility later in life or needing long-term care, either in a nursing facility or at home. While some Medicare waivers give support toward the cost of care to those on a lower income, it’s useful to plan ahead and factor the cost of long-term care into your retirement savings. Care fees can vary significantly between states. If you’re approaching retirement age, you may wish to consider what sort of facility you’d like to live in or whether you’d prefer home care. By considering this issue while you’re still healthy and discussing your wishes with your loved ones in advance, it will be easier to make arrangements when the time comes. Can You Live on Social Security Income?

Social security income isn’t designed to be a senior’s sole source of funds in their retirement years. Rather, it’s intended to replace around 40% of a person’s pre-retirement income. Social security payments are based on the average of a person’s income during their 35 highest-earning years. This means some people who were high earners and who now live a frugal lifestyle may be able to survive on social security alone. However, most people will need an additional source of funding to live a comfortable life. This is particularly true today, as cost-of-living adjustments for benefits haven’t kept pace with inflation. How to Work Out How Much You Need for Your Retirement

Most people in the United States live for about 20 years after retiring. One rule of thumb is that you should try to retire with a budget of around 70% of your pre-retirement income for each year of retirement. You may wish to aim for a higher income so you have more money to spend on leisure activities. If you expect to require long-term care due to a medical condition, you may need more savings to cover its cost. If you’re starting your retirement savings later in life, you might find it beneficial to speak to a financial planner to help you decide how best to manage your investments to balance risk and yield as you approach retirement age. It’s never too late to start putting some money aside for retirement, although the investment vehicles you use might change depending on your age. If you’re starting your retirement plan at a more advanced age, you may need to contribute a greater percentage of your current income than someone who started saving when they were younger. Online pension calculators can be helpful for working out how much to contribute to a retirement plan depending on factors such as your age, level of risk aversion and target income. Lesley Harrison is a technical writer and open source software enthusiast with a passion for all things "data". In her spare time she coaches youth sports and loves exploring the English countryside.