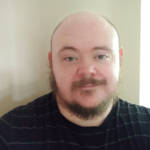 When considering how taxes fit into your retirement budget, check to see how your state treats retirement distributions. Some states tax distributions in addition to treating them as income, while others don’t tax them at all. Of the following states, nine consider distributions to be a form of income but don’t have statewide income taxes.

For that reason, your distributions won’t be taxed if you live there. Other things to think about before determining where to settle for your retirement include property values, cost of living, weather and how close you’ll be to the people who matter in your life.

Florida is considered a mecca for retirees with warm weather and ample access to golf courses throughout the state. It’s not for everyone, however. Consider that Florida is a tourist state, so you’ll need to manage the constant influx of people from out of state. While you’re going to leave winter behind, the extreme heat during the summer can be more than some people can tolerate.

With the second-largest senior population in the nation, Florida is a great place to be if you’re looking to make connections with people your own age. There are many tax benefits to living in Florida, and it’s a culturally diverse state with plenty to do for entertainment. Mississippi is one of the most affordable states to live in. It doesn’t tax retirement income, and low property costs mean you can stretch your money when finding a home. The weather is warm and humid during the summer, but you’ll rarely need to worry about snow. If you choose to live in the northern end of the state, your exposure to hurricanes is more limited as well.

If you’re looking for a state with great healthcare and lots of entertainment, Mississippi might not be the state for you. The state also suffers from above-average poverty and a lack of diversity. Tennessee is quickly becoming a haven for retirees who moved south to Florida to escape harsh northern winters only to seek a more temperate climate and a lower cost of living. It has one of the best affordability ratings in the country with cheap real estate and a reduced cost of living. What’s even better is that the state offers plenty of tax relief for all its residents.

Just as in Florida, however, tourism is a thriving industry in Tennessee, and you’re just as likely to encounter people from out of state as locals. Chattanooga, Knoxville, Memphis and Nashville are all popular travel destinations.

Living in Pennsylvania won’t keep you out of the cold during the winter, but you’ll enjoy low crime rates and access to high-quality healthcare. Pennsylvania’s also a culturally diverse state with a lot of historical significance.

The primary downside to the state is that it’s often hit with frigid temperatures and above-average snowfall during the winter. This places it in the middle of the pack on the list of the best places to retire in the United States.

New Hampshire is a great retirement destination if you prefer a secluded home with beautiful scenery. The state is especially beautiful during the fall when the leaves change, but is prone to harsh and cold winters.

New Hampshire is one of the most culturally relevant states in the nation and has a very low crime rate. Seniors also have access to quality healthcare in the state and don’t need to worry about paying taxes on their retirement income. Illinois, which is home to temperate summers and cold winters, is one of the most culturally diverse states in the United States. The state doesn’t tax retirement distributions, but high property taxes and cost of living might offset what you save on your taxes each year.

Property values in the state are fairly high, which means it’s more expensive to purchase a home there. Your home is much more likely to gain value, however, making it more worthwhile to own property in Illinois. South Dakota is becoming an attractive destination for retirees due to low property costs, taxes and living expenses. It’s home to Mount Rushmore, Sioux Falls and Badlands National Park. The tourism industry makes up a significant part of the state economy.

If you’re an explorer who likes to keep in touch with nature, South Dakota is a great place to retire due to its affordability. However, the state doesn’t have much access to high-quality healthcare, and you need to prepare yourself for harsh winters. Wyoming is another wonderful retirement destination for those who want to return to nature. The state’s sprawling national parks, low cost of living and cultural diversity have been attracting more seniors from other states in recent years.

The state does have snowy winters, but they’re not always as harsh as those in the Northeast. Wyoming also has one of the lowest crime rates in the United States, and it’s affordable to purchase a home there. Nevada is another state that lies in the middle of the pack as a retirement destination. Reno and Las Vegas give the state cultural significance, and the state doesn’t suffer from cold winters or significant weather events. It’s an arid, hot state, so residents need to be concerned about water conservation, high property taxes and an elevated crime rate.

Seniors have access to above-average healthcare services in the state, and they aren’t required to pay taxes on retirement income. Washington is home to a temperate climate and culturally diverse cities. Seniors enjoy access to excellent healthcare services and have a higher life expectancy. Washington is one of the nation’s leaders in nursing home quality.

The state is somewhat expensive to live in despite allowing retirees to receive distributions from their retirement accounts tax-free. High property values and above-average crime may make Washington a less attractive retirement destination, and seniors may quickly grow tired of the frequent rainfall. Alaska has affordable housing and a competitive cost of living. While it has harsh winters and residents are shrouded in darkness for six months each year, the state is home to amazing wildlife reserves and parks. It’s beautiful, but it’s admittedly not for everyone.

Alaska has no state income or sales tax, which can really help you stretch your savings, and the state wants you to move there so much that you can get paid to live there through the Permanent Fund Dividend program. Texas, which is one of the most affordable places to purchase real estate, has low property taxes. The state doesn’t have an income tax, has a warm climate, and is home to many tourist destinations. You’ll want to seek out the NASA Space Center, the Alamo, and numerous forts, missions, and mansions.

While it’s an affordable place to live, it does have one of the worst healthcare systems in the United States and a rising crime rate. It’s political and environmental climate are also turning off some potential new Texans. John Warbuck is a seasoned freelancer and ghostwriter who has covered a variety of topics throughout the years. When he is not at his keyboard, he can be found at the gym, mastering new recipes, learning more about the universe, or teaching his Australian Shepherd math problems.