Don’t Fall For These Expensive Tricks When Dining Out 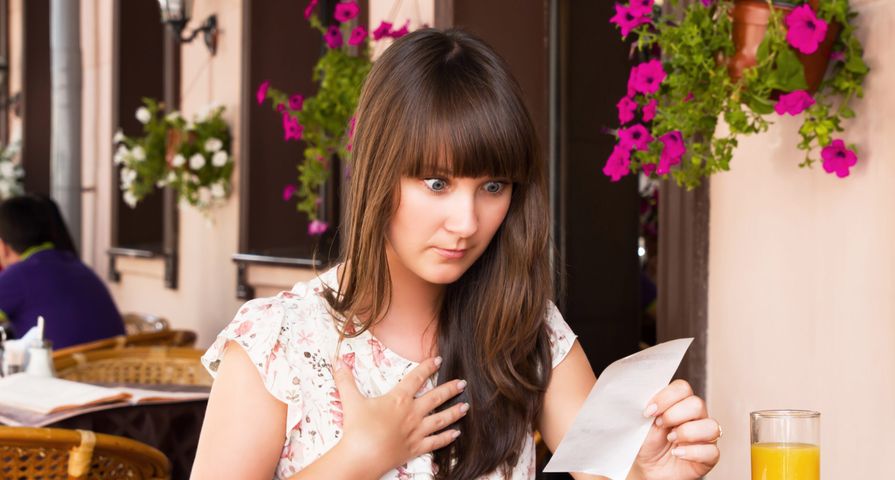 10 Steps for Taking Control of Your Financial Future

People love going out to eat. Unfortunately, the pandemic has shut down restaurants everywhere, for the most part. That’s keeping everyone out of these establishments for now. While we wait, most of are finding that we really miss the whole experience. Not only does someone else take care of the cooking and the cleanup, but you’re also likely to go home with enough leftovers for tomorrow’s lunch.

I certainly miss it. I went on a camping trip last summer, when the country was just opening back up. It was considered safe, since it was outdoors and socially distanced from other strangers. I remember feeling so happy that I was able to eat lunch at restaurant one day. The table was set up outdoors on a corridor, so it wasn’t exactly fancy. The food was actually quite forgettable. Still, I realized after I sat down that I haven’t ordered from a menu in four months. That alone made everything about the experience better. I could’ve ordered anything and it still would’ve tasted decent. I also had an urge to order more than usual, since I hadn’t footed any restaurant bill in months.

Restaurants Will Be Back

Most restaurants are closed to dining again. They will return eventually, though. You might feel a similar sense of excitement when you find yourself dining out again. That excitement could lead to your fun night costing much more than you planned. After all, most restaurants are in all-out survival mode. They’re going to be pulling out all the stops to make sure you spend a little more more once they are allowed to have customers dine in again.

That’s why the next time you finally get to go out to eat, make sure you realize just how many tricks the restaurant will try to get you to part with more money. If you can afford the extra, then by all means support your local restaurants. But if you’re on a budget and just trying to feel normal again, here are a few things to watch out for.

Menu engineers work hard to steer you towards particular dishes. For example, you may have wondered why some dishes have boxes drawn around them. It’s because management realizes your eyes will be drawn immediately to that selection, making you more likely to order it.

This is also why beautiful photographs of the food fill some restaurant menus. Personally, seeing a picture often helps me figure out what a menu item actually is. For others, it’s much easier to visualize eating something when you can what it is first.

Here’s the real secret though. Those highlighted items are generally the biggest money makers for the establishment. They have inexpensive ingredients, are easy to make, and result in high profit margins.

Menu placement is also used to keep less profitable dishes from being ordered too often. For example, a seafood combo plate might cost the restaurant a lot in terms of ingredients and labor. You’ll still be able to find this dish (and its higher price) on the menu. However, it will probably be banished to a difficult-to-see corner or last page of the menu itself. The restaurant hopes you’ve already decided on your order before you get to that forgotten section of the menu.

Menus also try to play mind games with you by omitting symbols or decimal points. The next time you look at a menu, check to see if there is a dollar sign in front of the prices. Menu engineers have discovered that omitting that little symbol is enough for you temporarily forget it’s money you’re spending. This is also why you’ll sometimes see a price listed as “9.5” instead of “$9.50.” Just removing that zero from the end makes you less likely to really think about the true cost of your order.

Any non-wine enthusiast who has ever tried to order a glass of red at a nice restaurant has probably felt a little intimidated. The waiter (or sommelier, if you’re extra fancy) drops off a thick book for you to peruse. It seems much easier to just ask for a recommendation or order the house red. Unfortunately, that intimidation factor can cost you. The house red is often sold at an enormous markup. A better strategy is to tell your server your wine price range and to ask for a recommendation within it.

Cocktails can also be a big money maker for restaurants, particularly when they are on special. You generally have to ask how much a special cocktail costs. Even those on the regular menu might not have a price listed. When your server helpfully asks if you’d like a refill, it can be easy to agree without thinking. After all, sodas probably have free refills. You know that’s not the case for your cocktail, but it’s a simple psychological trick that works more than you think.

Speaking of sodas, few things restaurants sell have a higher profit margin than the fountain sugary drinks. I’m not here to tell you that you shouldn’t ever order one. After all, it’s all about priorities. Still, you should know that the $1.99 glass of Coca-Cola only costs the restaurant itself a few cents. If you’re worried about accidentally running up the tab when you get back to dining out, stick with water. It’s free and much healthier for you.

Restaurants design their ambiance with profit in mind. Those that play loud or fast paced music tend to see higher turnover of tables. After all, you’re unlikely to linger over a meal if you can’t hear your dinner companions’ witty conversation. On the other hand, restaurants playing soft or slow music find that their customers linger longer. In turn, they usually order more food or another round of drinks. In each case, the restaurant is trying to maximize its profit.

Dining out is a nice treat. When things get back to normal, we can all do our local restaurants a big favor by visiting them again. However, make sure that you ordering, eating, and drinking mindfully. After all, your own finances may be in need of some recovery work after Covid. You don’t want to find yourself surprised at the size of your check.