Home » Taxes » How to Make Sense of Tax Brackets

How to Make Sense of Tax Brackets 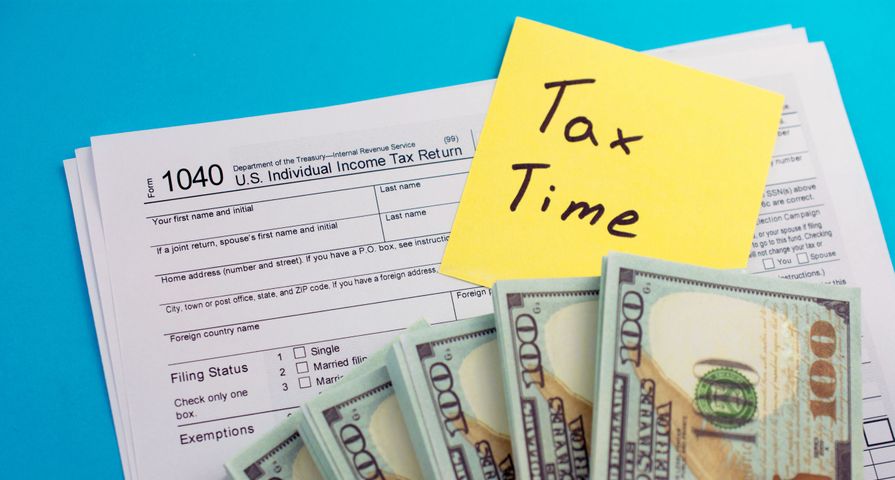 Have you ever heard a friend or a co-worker complain about a recent raise or promotion, claiming that it bumped them into a new tax bracket? For some reason, these people think that they actually take home less money after taxes as a result. We’re not sure whether they are really bad at math or just simply misinformed.

Tax brackets are a bit confusing at first. However, we promise they aren’t so complicated that you can’t wrap your head around them. By the end of this article, you should know exactly what the tax brackets are and how they affect your income.

What Are Tax Brackets

If you’re reading this article, you’re probably only vaguely aware of tax brackets and how they work. You might assume that it’s as simple as “the more money I make, the more the government takes.” While that is technically true, it’s also a gross oversimplification. A tax bracket is more accurately defined as what percentage separate portions of your income will be taxed at. Still confused? Let’s keep going.

For now, let’s ignore the “Married” column.  The lowest tax rate is 10% and the highest is 37%. As you can see though, your annual income would have to be over $518,401 in order to get hit with that top rate. However, U.S. Census Data from 2016 shows that only nine percent of Americans have an income of over $100,000. If you want to get to the $518K mark, it drops down to one percent of Americans. To make a long story short, it probably doesn’t apply to you.

How Do Tax Brackets Work?

Here is the single most common misconception about tax brackets.

That’s completely wrong. This type of thinking is why you sometimes hear people complain that a raise at work actually cost them money. We promise you, it didn’t. Here’s how it actually works.

Tax brackets could be more accurately described as “tax pockets.” Each pocket only holds a certain amount of income. More importantly, each pocket is taxed at a different rate. This is where the phrase “marginal tax rate” comes from. In our hypothetical scenario, here’s how the $87,000 actually gets taxed.

It’s a mistake to think that making $87,000 means you have to give 24% of your income to the government in taxes. It’s actually much less. If these numbers didn’t help you understand, try watching this excellent video from Vox. It’s a great visual teaching tool to better understand tax brackets.

Backing up, you probably noticed that the numbers are different for married couples. If you file your tax return jointly, you can actually earn more money combined before you jump up to the next tax bracket. In addition, married couples can now use the standard deduction of $24,800. What’s that? We haven’t said anything about deductions in this article? You’re right. Here’s how they work.

So far things have been pretty straight forward. You earn the income, put it in the appropriate tax bracket (or pocket), and pay the assigned marginal tax rate. Now things get a bit more confusing. You can use deductions to reduce the amount of taxable income you need to claim. The standard personal deduction for 2020 tax returns is $12,800. It’s double that for married couples filing jointly.

Continuing our example of a single person making $87,000 per year, their taxes actually drop again when the personal deduction is applied. Their total taxable income drops to $74,200. That means they won’t actually even hit the 24% tax bracket. Their tax owed is now actually $12,114.

There are a bunch of other deductions you can use to also reduce your taxable income, if you qualify. The most commons ones are medical expenses, state tax, property tax, and charitable contributions. For more information on tax deductions, check out this article. Note that if you choose to itemize your deductions separately, you cannot still claim the standard personal deduction too. You have to choose one or the other, but not both.

There are extremely rare cases where making more money can actually cost you. However, it won’t be from higher income taxes. For individuals or families with low incomes, there’s a good chance you can take advantage of various government subsidy programs. Whether they come in the form of affordable housing, food stamps, or daycare funds, these programs are extremely helpful to anyone who qualifies.

However, these programs typically use your gross income levels to determine how much assistance you or your family qualify for. If your income rises, you could lose access to some of these programs. The result is that you’ll have to pay for these things out of your own pocket. Hopefully your income has risen enough to actually do so. However, there are rare cases where your income can rise juuuuuust enough to disqualify you from these welfare programs, but not enough to offset your new costs of paying for everything yourself. If you find yourself in this situation, it’s time to buckle down and budget hard.

The Earned Income Tax Credit (EITC) is a special credit designed to help low-to-middle income individuals and families. It will effectively lower your tax liability, leaving you with more of your money to provide for your family. Although it can provide minimal help to childless individuals, it’s really designed for families.

The amount of the credit varies, depending on your income and the number of eligible dependent children you have. You can check the IRS page about the EITC for more information. There’s also an online assistant to find out if you are eligible and how much the EITC might be for your individual taxes. If you can use the EITC, it might ultimately have you paying a lower percentage of your gross income in taxes. And that’s a good thing.

What About Really High Tax Brackets?

You may have seen politicians bickering over tax brackets on Twitter, CNN, or Fox News. Republicans often warn that Democrats want to “raise taxes to over 50%” in an effort to scare voters. It’s not that simple. As you already learned from reading this article, the top tax bracket is currently 37%. And it only applies to those making more than $518,000 per year. Again, that’s about one percent of Americans.

When Democratic politicians talk about raising taxes, they are usually talking about the ultra rich. They basically want to add a few more “tax pockets” to the list. That means that income over a million dollars might get taxed at 42%, for example. Or income over ten million dollars being taxed at 50% or higher. Some left-leaning politicians have claimed that any income over $10 million should be taxed at up to 70%.

Again, this would not change the marginal tax brackets for 99.9% of Americans. Whether you believe that millionaires and billionaires paying more is “fair” or not is a matter of personal politics. Regardless of what you believe, we hope this article shed some light on an often confusing topic. Oh, and be sure to vote.