Home » Taxes » 10 Things You Need to Know About Filing Taxes

10 Things You Need to Know About Filing Taxes 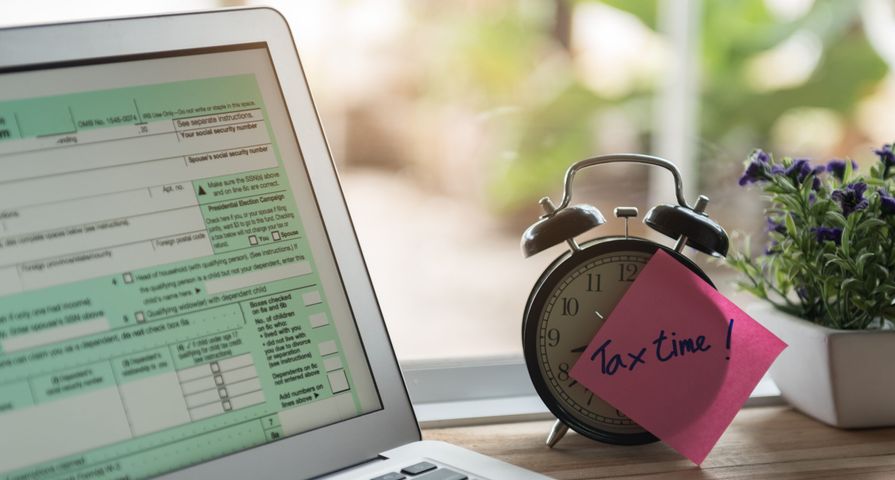 You’d think that an activity we’re required to take part in every year might be old hand by a certain age. Shouldn’t we know all there is to know about filing taxes, especially since it’s a compulsory event in which we’re all obligated to take part? But then again, think about the homemade caramel rolls you make every holiday season. You’ve made them for years, but you still need to get that recipe out each time, and — of course — you still manage to burn the butter at least once.

Taxes are no different. We all can use a refresher, and let’s not forget that the tax return recipe can change annually, too. So let’s jump right in and get one big question out of the way: Did I miss the deadline?

Yes, you can totally be forgiven for not knowing when exactly your taxes are due — especially if you’re asking because you want to pay them now. But remember: April 15 is Tax Day.

Now, if you missed the deadline, don’t just run to Barbados and change your identity. Yes, you might face penalties for filing late, but the sooner you file, the fewer you’ll have. The IRS absolutely takes interest on your outstanding return.

But even if you’re kicking yourself because you were due for a refund, don’t lose hope. Filing late doesn’t mean you automatically forfeit what the government owes you. Just don’t wait too long, because the statute of limitations runs out after three years. Miss that, and you’ve essentially given a charitable contribution to the IRS — in the form of your refund check [source: IRS Filing].

The IRS gets a bad rap for making tax code more complicated than it needs to be. But we don’t give them enough credit for, well, the credits. After all, the IRS doesn’t just find one or two ways to give you a fair break come tax time; they find a ton.

When you’re filing your taxes, it’s important to know the difference between credits, deductions, and refundable and nonrefundable credits. Those are all going to save you money, but it’s good to know how each one will help your bottom line.

Getting your ducks in a row to file taxes as a person with a single employer is hard enough. Figuring out how to fill out your return when you’re self-employed, freelance or an independent contractor can be extremely intimidating. While it’s important to keep track of all your income for tax purposes, it’s easy to see how receiving loads of different checks might result in an oversight that leads you to underpay your taxes that year.

But no reason to panic. The IRS actually has a setup in place to help those who aren’t getting money withheld from a regular paycheck or salary. The key? Paying your taxes several times a year. Nope, that doesn’t mean you’re filing a return every three months. Instead, you’re asked to send in estimated quarterly payments to the government so that you can easily track the money you earned — and owe. Of course, it helps the IRS too; the agency likes receiving revenue throughout the year just as much as you.

You’ll still have to file a year-end return, but if you’re diligent about your finances, you won’t be surprised by a huge tax liability come April.

Before you start your taxes, you may be unsure about whether you should go ahead and file online or take pencil to paper. There are some pretty specific benefits and drawbacks to either, so let’s walk through what might work best for you.

First off, electronic filing is a lot simpler for most folks. As long as you understand how your computer works and feel confident about your ability to navigate online, you’ll probably find that using tax preparation software is going to guide you through the process much more efficiently than you would be able to do on your own. Keep in mind as well that while the IRS reports a 20 percent error rate on written returns, electronic filings bring back less than 1 percent with mistakes [source: TurboTax Tips].

Of course, there are drawbacks to filing online. Paper returns are also free to fill out and file (minus a stamp), and some folks’ taxes require forms or procedures that might not be covered in a basic software program. So let’s look at one other trick you might want to know about before filing your taxes: how to do it for free.

Trying to decide between hiring someone to do your taxes, filing a hard copy or doing it yourself electronically is a pretty big tax decision. If one of the big drawbacks to online tax prep is the cost, don’t get out the pencil yet.

Here’s the thing: If you earn less than $58,000 a year, you’re eligible to file online at no cost. The IRS works with over a dozen private tax preparation software companies to offer free services to those who qualify. As long as you meet the criteria for the individual company, you can file without cost — and with the benefit of their tax guidance services.

It is important to note that not all the companies have the exact same rules. TurboTax, for instance, will let you file for free only if you have income of $30,000 or less (unless military) or qualify for the earned income tax credit. TaxACT, on the other hand, asks for an income of less than $52,000, along with some residency requirements. The IRS can help you pick the right option, so long as you can answer a few questions about your income [source: IRS Free File].

Before you file your taxes, you might want to set some expectations about when you receive that coveted — and perhaps desperately needed — refund. If you sent out your taxes on April 1 (no joke), don’t run down the postal carrier on April 7 and demand your refund check.

If you filed a paper hard copy through the mail, you should expect a six-to-eight-week turnaround on your refund — and that’s from the day your return is accepted, not mailed [source: IRS Ten Things]. Filing electronically will drastically cut the waiting time. Expect around three weeks from when your electronic return was received. Of course, direct deposit will be much faster than waiting on the mail for a paper check.

You should also be aware that the IRS now offers a smartphone app that allows you to track your filing and refund. Enter your Social Security number and the exact amount of your refund, and you can check right on your phone for the progress of your money.

It’s hard to see getting a gigantic check from the government as a problem. It’s hard to see getting a check — no matter what size — from anyone as a problem, after all. But if you’re consistently getting substantial refunds, you might be filing your taxes wrong. Wait, that sounds a bit harsh. It’s not so much that you’re doing it wrong — it’s just that you could be enjoying that money all year long.

Think about it like this: Getting a refund is pretty much the government saying, “Oops, we took too much. Here’s some back.” While it’s arguably better than the government frowning at you and demanding more money, the idea is that we all give — or keep — the amounts we deserve, as it comes to us.

One way to solve it? Adjust your withholding at work with a W-4. If you’re withholding too much, the government owes you money every time. But if you correct your withholding so you’re getting less taken out of your paycheck for taxes straightaway, you’ll get more take-home pay to use year-round or invest as you, not the IRS, see fit.

3. You Can Compromise on Your Bill

Are you so worried that you won’t be able to pay your tax bill that you’ve been avoiding notices from the IRS altogether? Bad idea. Not only are you setting yourself up for tax evasion, you’re just increasing the penalties the longer you wait. And then there’s the lesser-known fact about paying an IRS bill: If you can’t pay your tax liability, you can compromise with the IRS on it.

Now let’s be straight: This isn’t something that everyone just shakes hand on. The IRS offer in compromise involves a fair amount of documentation and paperwork — including proof that you’re prequalified [source: IRS Offer]. But it has gotten a bit easier in the last few years, lowering some of the expectations of payment on the taxpayer [source: Dunn]. Basically, you have a period in which to pay off as much as the IRS determines you’re able to, which at least gets them some of the revenue it’s owed. (Think of it as a short sale for taxes.) It might work best for folks who’ve racked up quite a bit of tax debt they’re having trouble paying off.

2. You Can’t Avoid an Audit

It’s not realistic to assume you won’t get audited. Somebody has to, after all, and there’s no magic formula that safeguards you. That being said, your odds of being audited by the IRS are less than 1 percent, so don’t panic [source: McCormally]. But if you feel like you’d rather be on the safe side, you might want to know about some easy ways to avoid audits before you file.

Nobody should be surprised to hear that the first rule of thumb is documentation. Don’t think you should avoid deductions or credits you deserve; just make sure you have good information to back up your claim. Remember, too, that your deductions need to look reasonable. If you’re donating half your money to charity, your return is going to stand out. And remember to make less money. No, really: If you make over $200,000, you have a 3 percent chance of getting audited, while those making over a million bucks in earnings have odds at 8 percent [source: Ballenger].

It sounds crazy, but you need to know that sometimes you don’t need to file your taxes. In general, there’s no need to report taxes if your income doesn’t exceed the standard deductions (that’s $6,200 if you’re filing as a single person) plus one exemption ($3,950 in 2014). So if you make less than $10,150, you probably don’t even have to sweat it. (Keep in mind this doesn’t count if you’re being paid with Social Security benefits.)

Now, if you’re a dependent on someone else’s return, things are a little different — you can’t take an exemption, so if you make more than $6,200, you need to file a return, whether you’re a kid or an adult. (And if that money is unearned — through investment income, for instance — you have to report anything above $1,000 [source: TurboTax Everyone].) Do know that even if your income is under the threshold, you still might get a refund if you do file a return. Say you made $5,000 this year, and $500 was withheld: You can get that $500 back, so long as you file a return.