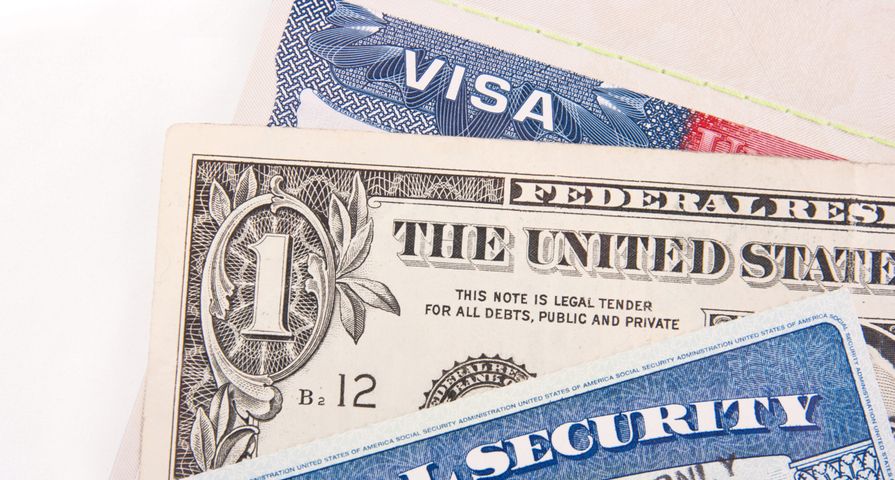 On Jan. 1, German citizen Hans Schlabaugh arrived in the United States for business meetings. He returned to Germany 10 days later. Then, on May 15, Schlabaugh traveled to the U.S. again, this time on a visa to work for the American division of his employer for the remainder of the year.

For tax purposes, the Internal Revenue Service considers Schlabaugh a U.S. nonresident alien until May 15. After May 15, he is considered a U.S. resident alien. Will this affect the tax forms Schlabaugh will file for that tax year?

In a word: Yes. He’ll need to file federal income taxes as a dual-status alien, which recognizes a person as a U.S. resident alien and a U.S. nonresident alien in the same tax year. Typically, this occurs the year a non-U.S. citizen arrives in or departs from the U.S., as long as certain residency requirements are met.

Being a dual-status alien shouldn’t be confused with citizenship, though. It only applies to federal taxes. It signifies that a person will need to follow different tax rules for portions of the same year, depending on the amount of time he or she is a U.S. resident alien versus a U.S. nonresident alien [source: IRS].

Certain people, although they may meet the criteria for dual-status aliens, are exempt. This includes teachers, trainees, students and people temporarily in the U.S., such as professional athletes or foreign government workers.

We’ve compiled 10 tips for keeping up with all the ins and outs of taxes for those who wind up with more than one status.

You’re not a U.S. resident, but your work necessitates that you to live in America for a significant period of time, probably several months. This may sound like a simple enough scenario for figuring out your income taxes, but there’s an important test that will eventually factor into the mix.

Before you break out the calculus primer or hire a tutor, take heart. This test doesn’t require any studying. In fact, it may be one of the easiest tests you’ll ever take. It simply tracks the time you’ve spent in the United States.

You’ll also meet the requirements of the Resident Alien Test if you become a permanent resident of the U.S. but do not have citizenship or are in the process of applying for citizenship. In this case, the Resident Alien Test applies to someone who, for example, has a green card that allows him or her to resident and work in the U.S. lawfully [source:Investopedia]. Find out how — and when — you’ll qualify as a nonresident alien next.

If you are not a citizen of the U.S., but are in the U.S., you may be considered a nonresident alien, according to the IRS. Unlike a noncitizen who passes the Resident Alien test, which involves a green card and a days-spent-in-country threshold, the Nonresident Alien Test requires neither of these criteria. In fact, the opposite is true.

In addition, if a person who is not a U.S. resident does not show “substantial presence” in the U.S. — by living in America for 31 days in the current year or 183 days during a three-year period that includes the current year — then that person is considered a nonresident alien [source: Investopedia].

When a noncitizen of the U.S. is classified as a U.S. resident alien, that person is subject to specific taxation on income. In general, a resident alien will be taxed on personal income in the same way a U.S. citizen is taxed.

This means a resident alien will need to include all forms of income — interest, dividends, wages or other compensation for services — when filing federal income taxes. A resident alien also will need to include income from rental property, royalties or any other type of income on his or her taxes. And this goes for income earned in any other part of the world, too. Worldwide income should be included when filing U.S. federal income taxes.

Because resident aliens are taxed the same way U.S. residents are taxed, resident aliens will be taxed on income according to the graduated tax rates determined by the IRS. These gradated tax rates, known commonly as tax brackets, range from 10 percent on taxable income of $9, 075 or less to 39.6 percent on taxable income of $406,750 or more [sources: Erb, IRS].

There is one important exception. Nonresident aliens need only to claim sources of income that originated in the United States.

To complicate matters, there are exceptions to the exception. Certain investments, like stocks, could still be subject to tax. For example, if you live in Saudi Arabia and own a company that operates in the U.S., but you are a nonresident alien of the U.S., the income you receive from the business could be subject to U.S. tax. Dividends like these would be taxed at 30 percent for a nonresident alien, unless they are capital gains received from the sale of a business or property, at which point the money is exempt until a certain threshold — usually $250,000 [sources: IRS, Investopedia, Pomerlau].

6. Claim Tax Credits When You Can

As long as a resident alien meets the criteria for each credit, he or she is typically able to claim credits such as a Child Tax Credit, Earned Income Credit, Adoption Credit, Child and Dependent Care Credit and Credit for the Elderly and Disabled [source: IRS].

For example, if you are a nonresident alien, you will not be able to claim the standard deduction unless you are a student or business apprentice from India. However, generally, you can claim deductions on income that is related to your business activities and earnings in the U.S., and itemize certain deductions such as charitable contributions, state income taxes and some business expenses [source: IRS].

Keep in mind that when you are considered dual-status, you will need to toggle between which deductions you are allowed on income earned either as a resident alien or nonresident alien during the same year [source: IRS].

4. Know Which Exemptions to Claim — and When

When you’re a resident alien, you’re able to claim all the same exemptions as a U.S. citizen, such as dependents.

There are certain exceptions. For example, U.S. nationals or residents of Canada or Mexico may claim additional exemptions for spouse and dependents under certain circumstances, such as when a spouse has no gross income and cannot be claimed as a dependent of another U.S. taxpayer or when dependents qualify under normal dependent regulations [source: IRS].

For most people, filing a solitary federal tax return is the norm. For dual-status taxpayers, however, filing federal taxes is a bit more involved.

A dual-status taxpayer will need to file two tax returns for the year, one for the portion of the year when the person was a nonresident and another for when the person was a resident alien. As if this weren’t complicated enough, you’ll need to know which forms to file at the end of the tax year based on your status at the end of the tax year. For example, if you end the tax year as a resident alien or a resident, you will need to file Form 1040. At the top of Form 1040, you’ll need to write “Dual-Status Return” and then attached a statement to the return that illustrates your income for the portion of the year when you were a nonresident. You may be able to use a Form 1040NR or Form 1040NR-EZ as the statement, as long as you write “Dual Status Statement” across the top.

A nonresident alien, on the other hand, will need to file Form 1040NR or Form 1040NR-EZ. This would be applicable to a dual-status taxpayer who does not reside in the U.S. on the last day of the tax year and who is not a U.S. resident at the end of that same year. When filing, “Dual-Status Return” will need to be written across the top of the return and an income statement will need to be attached [source: IRS].

2. Elect to Be Treated as Full-year Resident

If you are not a citizen of the United States, and even if you live and work in the U.S. for only part of the year, you may be able to file your federal income taxes as a full-year resident. This option may be especially attractive during a dual-status transition year because electing to be treated as a full-year resident in the U.S. allows the taxpayer to file only one tax return instead of two. Otherwise, the taxpayer would need to file a tax return in the United States and the country in which he or she is a citizen.

In order to be considered a full-year resident during a tax year, certain conditions must be met. For example, the option is open only to nonresident aliens who are married to a person who is either a citizen of the U.S. or a resident alien of the U.S. Plus, both spouses must agree for the nonresident alien to be treated as a full-year resident. To make this election, both spouses must sign a statement and attach it to their tax return, and the status will remain in force until either spouse’s citizenship status changes — or a requested revocation, separation, divorce or death occurs [source: KPMG].

One of the chief benefits to being treated as a full-year resident centers around filing a joint tax return, which we explore in more detail in the next section.

1. File as a Full-year Resident

While the option of filing a joint tax return only applies to people who are married, it offers a number of tax benefits, including the ability to stay within a lower tax bracket or take a higher standard deduction. In fact, standard deductions aren’t available to dual-status aliens as a general rule [sources: KPMG, IRS].