What is Cryptocurrency and Bitcoin? A Beginners Guide 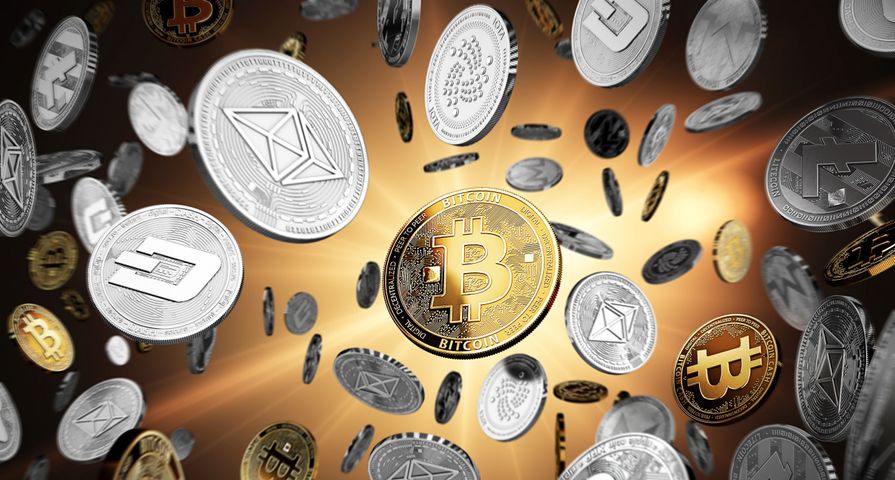 Great Strategies For Investing During A Bear Market

The term “cryptocurrency” is bandied about a lot these days. Most people understand that the term refers to a virtual coin or digital currency. Many people think of Bitcoin, perhaps the primary brand in the crypto world. Bitcoin’s price has fluctuated between a low of just over $300 per coin, to a high of just under $20,000 in the past five years.

However, the vast majority of people know little else about this controversial financial vehicle. It’s alternately praised as the next big thing in investing or vilified as little more than a scam. As is often the case, the truth sits somewhere in the middle. In this article we will unpack cryptocurrencies for beginners. We will explain exactly what they are, how they work, and whether or not they should be taken seriously by investors. Here’s everything you need to know about cryptocurrencies.

Blockchain is the digital ledger where all transactions involving a virtual currency are recorded and stored. If you buy Bitcoin, sell Bitcoin, or use Bitcoin to purchase something, it’s recorded using an encrypted code in the digital blockchain ledger. Essentially, blockchain technology is the infrastructure that makes virtual currencies possible. Blockchain is the foundation on which cryptocurrency is built.

Bitcoin is often mentioned alongside any mention of cryptocurrency. That’s because Bitcoin was the very first blockchain-based cryptocurrency invented. It was launched back in 2009 by a group of online hackers that went by the pseudonym “Satoshi Nakamoto.” Little is known about them to this day.

However, as of the end of 2019, there were over 18 million Bitcoins in circulation worldwide. The total market value of all of them is around $146 billion (USD). Today, Bitcoin remains the most popular and valuable cryptocurrency in the world. There are thousands of cryptocurrencies other than Bitcoin, but none are as widely used. Other popular brands include  Litecoin, Dogecoin, and Ethereum. Many cryptocurrencies in circulation today are merely clones of Bitcoin.

Cryptocurrency fans like to say that the digital coins can be transferred directly between two parties without the need for a third party such as a bank or credit card company. Transfers are completed with minimal processing fees, allowing users to avoid the steep fees charged by banks and other financial institutions. Those who are really pushing the cryptocurrency narrative see a future world where money and currency is completely decentralized. It would no longer be controlled by governments, banks, or credit lenders. In this financial paradise, currency is something that is held and only exchanged between individuals, or individuals and companies. No more exchange rates or mismatched inflation. Just a single, global currency for all.

On the flip side, there are some serious drawbacks to cryptocurrency. The lack of oversight and regulation, plus the largely anonymous nature of transactions, makes virtual money ripe for fraud. It’s also easy to use for various illegal activities – both on and offline. Money laundering and tax evasion, for example, are more easily accomplished using cryptocurrencies.

For these reasons, many critics of digital currencies have labeled Bitcoin and other cryptocurrencies as the “wild west” of money. They paint them as a dangerous tool for people operating on the dark web. Still, some cryptocurrencies are more private than others. Due to its popularity, Bitcoin is not nearly as private as others that are available today.

The forensic analysis of the Bitcoin blockchain has enabled authorities around the world to arrest and prosecute criminals. Lesser known cryptocurrencies with names such as Dash, Monero, and ZCash are more difficult to trace, since they offer more anonymity than Bitcoin.

Now for the ugly part of cryptocurrencies. Because of their speculative nature and scarcity (which drives up demand) the prices of cryptocurrencies tend to swing widely. They often move up or down by thousands of dollars in mere hours. Sometimes in only minutes.

Using Bitcoin as an example, the digital currency has both surged and collapsed in value since its debut. Often in the same day. Bitcoin hit an all-time high of $19,738 in December 2017. One month later, it dropped down to $6,000 per coin. For this reason, many critics view cryptocurrencies with a great degree of skepticism. They claim crypto is, at best, just a fad and a speculative bubble at worst.

Another ugly aspect of cryptocurrencies is that they are frequently hacked. While cryptocurrency blockchains are encrypted and considered secure, there are other methods used by criminals. The online exchanges on which cryptocurrencies are traded and the wallets in which they are stored are regularly targeted by hackers. Over the past decade, several online exchanges have been the subject of hacking and theft. Millions of dollars’ worth of coins have been stolen on numerous occasions. More than one cryptocurrency owner has seen their investment in these digital coins vanish in an instant due to a hack.

There are a lot of online scams related to cryptocurrencies. Google the term “cryptocurrency” and you’ll be inundated with ads and offers to buy various cryptocurrencies. If you look closely, the majority of them are not legitimate. As of the end of 2019, there were an estimated 1,375 different virtual coins that you could potentially buy.

It’s important to note that the vast majority of these cryptocurrencies are not worth one real dollar of investment. Keep in mind that literally anyone who has the skill to write computer code can develop their own cryptocurrency. This fact is driving the proliferation of digital currencies. Everyone thinks they can strike it rich by inventing the next Bitcoin.

Purchasing Bitcoin is a complicated process that will require you to first own a “digital wallet.” You must also register your identity with the U.S. Securities and Exchange Commission (SEC). They require all cryptocurrency users to verify their identities when registering for digital wallets as part of their Anti-Money Laundering Policy. The whole process can be cumbersome.

Lastly, be aware that owning a digital currency does not give you any ownership in the underlying blockchain technology or in a particular company. This is one of the big differences between cryptocurrencies and traditional investments such as stocks. If you buy stock in a publicly traded company, you own a small percentage of that business. That’s not the case with cryptocurrencies, even if a company like Facebook offers it. You don’t actually own anything. You just hold the virtual coin you bought at whatever price it happens to be worth at a given moment.

The Future of Cryptocurrencies

There is a lot of uncertainty that surrounds cryptocurrencies. Where they might go from here remains to be seen. Bitcoin and other cryptocurrencies would love to move into the mainstream and become a more legitimate form of currency. In order for that to happen, a growing number of merchants would need to accept them as payment. That doesn’t seem to be happening very fast — if at all.

Additionally, governments around the world would need to accept cryptocurrencies as legal tender. Right now, the opposite is happening. Many governments, including the U.S., are threatening to ban cryptocurrencies entirely. It’s worth noting that retail investors (i.e., non-professionals) currently account for most virtual currency trading around the world. Institutional investors have largely stayed on the sidelines because their company won’t allow them to invest. They are simply too volatile to risk money on.

Whether investing in Bitcoin (or another coin) is right for you will depend on your tolerance for risk. Make no mistake, cryptocurrencies are a risky and highly volatile investment. They rise and fall dramatically, often without warning.

Many investors support the underlying mission of virtual money – to decentralize currencies and move money out of the hands of governments and financial institutions. While this mission may one day become a reality, it’s not likely to happen anytime soon. Governments, banks, and traders continue to view cryptocurrencies as nothing but a speculative bet. Those who invest in crypto are often brushed off as little more than gamblers. Some critics consider them a modern world day-trader, for a new digital age. For these reasons, it might be best to take a “wait and see” approach to cryptocurrencies. The market for virtual coins still has a long way to go before it matures and evolves into the mainstream.