What Happens If You Get Fired After Taking Out a 401(k) Loan? 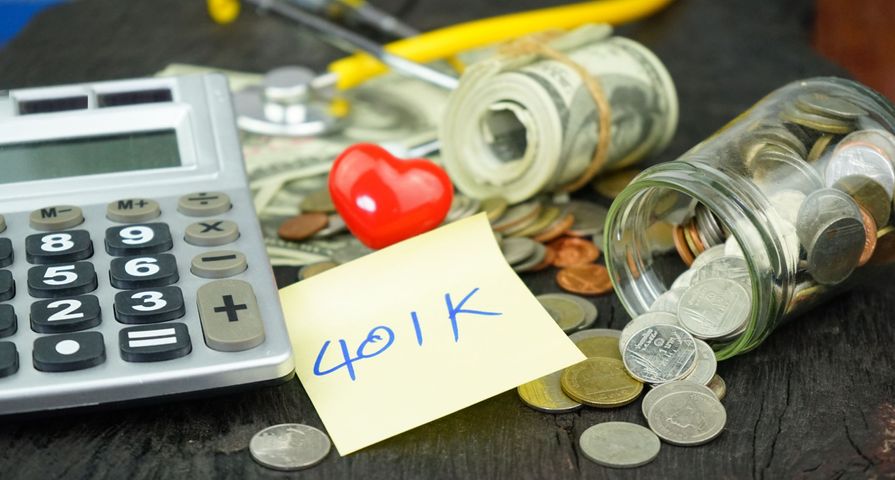 It's Now Easier To Borrow Money From Your Retirement Savings

You may or may not already know this, but it’s possible to borrow from your own 401(k) retirement fund. It’s hardly ever a great idea, though. You’re really only taking away from your own financial future. The money you borrow is really already yours. Except once you borrow it, it will no longer be invested and earning a return. Plus you have to pay it all back anyway. So really, it’s best to avoid a 401(k) loan if at all possible.

However, let’s assume for the sake of this article that you’ve already listened to those warnings and decided you’re borrowing from your 401(k). Since your 401(k) is a saving tool offered exclusively through your employer, it begs the question: what happens to your 401(k) loan if you suddenly become unemployed?

Whether you resign, get laid off, or outright terminated for a suitable reason, that loan doesn’t go away. Here’s what you need to know.

The Internal Revenue Service (IRS) allows you to borrow certain amounts from your own 401(k). The amounts start at $10,000 or one-half of the amount you currently have vested. Depending on your employers rules about how and when contributions are vested, this amount could vary a lot.

The maximum amount you can borrow is $50,000. Although you can take out multiple concurrent loans, the total amount of them combined cannot be more than this.

You’ll have to start paying back these loans immediately. There’s no grace period. Typical terms dictate that you must pay back every dollar within five years. There are, however, some longer terms available if you use the loan to buy a house.

Basically, if you need $10,000 right away (and have enough in your 401(k) account), you can get your hands on the cash right away. Then you pay yourself back over the next five years. For people who lousy credit, this can sometimes seem like a better option than a high-interest loan from a traditional source.

I Left My Job. Now What?

You might think, “Well I’m really just borrowing money from myself. So what’s the big deal if I keep it after I quit/got fired/whatever?” Unfortunately, it doesn’t work like that. The IRS insists that you still pay back the entire loan within the original term.

Plenty of people leave their jobs before the five-year mark. In fact, the medium job tenure in America works 4.2 years before leaving, according to the Bureau of Labor Stats. Obviously, if you are one of those people who don’t stick it out longer than 4.2 years (for whatever reason), having a five-year 401(k) loan is a bit of a problem.

If you simply can’t pay back the loan, the IRS switches it from a loan to a distribution. This means it counts as income, and is taxable. You’ll also have to pay a withdrawal penalty, meaning you get dinged twice for something that seemed simple at first.

The IRS will also allow you to roll the loan into a different retirement fund. However, the most popular alternative — the IRA — doesn’t offer a similar kind of loan. That means you’ll have to park the funds into a 403(b) or 457(b). If you find another job quickly that also offers a 401(k), you may be able to move your old loan into the new program. Then you can continue to make your normal payments.

How Long Do I Have?

These loans used to come with very stringent repayment terms. If you left your job, you had to repay the loan within 60 or 90 days. That was before the Tax Cuts and Jobs Act of 2017. Now, you have a little longer to scrounge up the repayment cash. The new deadline is Tax Day for the year you left your job. So if you left your job today, in 2020, you’d have until Tax Day of 2021 to repay an outstanding 401(k) loan.

Of course, if you lose your job in December, that’s a different story. You’d only have three and a half months to find new employment and get your loan repaid.

Many 401(k) loans don’t have flexible repayment plans, even if you remain employed. The majority of them offer only two repayment solutions: stick with the regular payments over five years, or pay off the entire balance with a single payment. That means if you do find yourself with an unexpected windfall, you can’t even use it to make a dent in your outstanding loan amount.

Even if you feel very comfortable in your job security, a 401(k) probably isn’t the best way to get your hands on a lump sum of money. Remember, you’re going to need that money a lot more once you finally leave the workforce and retire. Instead, you should try to build up an emergency fund. If it’s too late for that, consider this article about when it makes sense to take money from a retirement fund. Sometimes it’s not actually as terrible a choice as you would think.