Financial Mistakes You Should Avoid After Retirement 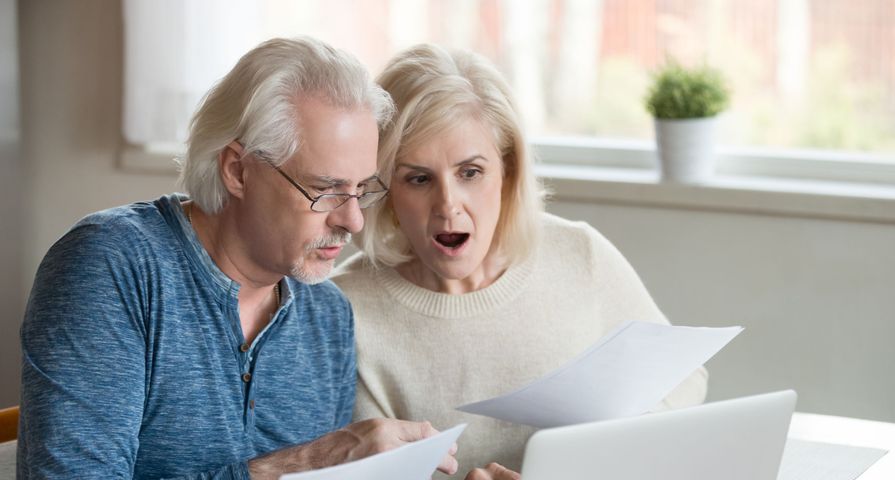 Everything to Know About IRAs for 2020

Getting to retirement is a major accomplishment. Being able to stay retired is also an impressive feat. According to a Labor Force Transitions report published by the U.S. Federal Reserve Board, one-third of American retirees return to work on a full- or part-time basis. The majority do so simply because they need more money. Whether it’s due to poor planning, a downturn in financial markets, or unforeseen circumstances, many Americans end up having to unretire. Here are eight common financial mistakes that people make in retirement that could lead them back into the workforce. Try to avoid them!

Not Having a Financial Plan

Most people have some type of financial plan while they are working. They budget to save for retirement, pay down the mortgage on their house, or to send their kids to college. Probably all three. However, many people abandon their financial plan once retiring. They feel like they have “crossed the finish line.” This can have disastrous consequences.

The reality is that you still need a weekly or monthly budget in retirement, as well as a long-term financial plan. It can be argued that knowing where your money is coming from (and where it’s going) is even more important once you’re retired. After all, you’re living on a fixed income now. Even though you’re no longer in the workforce, you’ll still need to budget for groceries, utility bills, healtcare, and taxes. Plus all those incidentals and unexpected events. Keeping track of your retirement income and expenditures is the first step to avoiding financial problems.

People often go a little crazy when they first retire, and understandably so. After years of hard work and discipline, you’ll rightfully feel that you’ve earned a lifelong reward. The problem with this attitude is that it can lead to overspending. Maybe you plan to splash out on the car of your dreams, travel to an exotic locations, finally get that expensive golf course membership, or initiating a long-awaited home renovation. Those are all great ideas — if you can actually afford them.

It’s very easy to spend too much money in retirement. Especially when you have all that new free time on your hands. Nearly half of retirees spend more money in the first two years of retirement than they did when they were working, according to the Employee Benefit Research Institute. That sort of spending can be dangerous.

As a rule, financial experts say retirees should not deplete their savings by more than 5% a year. If, for example, you have $1 million saved, a 5% withdrawal rate per year would give you $50,000 to live on, in addition to Social Security. Keep this in mind to avoid outliving your nest egg.

Debt can be a problem at any time in your life. However, you need to be especially mindful of taking on debt in retirement. Taking out a loan or running up the balance on multiple credit cards can lead to financial ruin. Even though this should be common sense, debt is a growing problem for retirees.

According to a study by the Retirement and Disability Research Consortium, the median consumer debt of Americans aged 65 or older is now $31,300. That’s nearly three times what it was in 2001 and nearly five times the level in 1989. Careful budgeting and using cash when possible are the best ways to stay out of debt. The high interest rates charged on loans, and the equally high monthly payments, can wreak havoc with a retirement budget. Your savings could depleted quickly and leave you no choice but to rejoin the rank-and-file. Try to avoid new loans altogether, but keep one credit card for emergencies.

Failing to Plan for Healthcare Costs

While many costs and expenses fall in retirement, healthcare costs rise as you get older. According to Fidelity Investments, the average married couple will spend $285,000 on healthcare in retirement. That figure doesn’t include costs associated with long-term care, either.

While many people say they plan to stay healthy and avoid healthcare costs, that’s easier said than done. Many ailments strike without warning and leave people unprepared. Medicare helps, but it only covers about 80% of retirement healthcare costs. Most American retirees need supplemental insurance to bridge the Medicare gap. It’s therefore important to plan (and budget) for health insurance costs after you retire. If you don’t, be prepared to pay out of pocket for unexpected healthcare costs.

Moving at the Wrong Time

The term “downsizing” gets thrown around a lot in relation to retirement. It refers to selling your larger house, which you may have needed to raise your family, moving into a smaller, more manageable place. Plenty of retirees prefer a condo or apartment. However, downsizing doesn’t always make financial sense.

Many retirees, for example, downsize and get hit with higher property taxes at a new condo in a more expensive neighborhood. Others relocate to an area where real estate is cheaper but other costs, such as transportation or shopping, are higher. Keep in mind that many small towns or rural areas do not have easy access to hospitals and other medical facilities that you might need in old age. Downsizing might sound great in theory, but it should not be viewed as a financial cure-all. There are expenses associated with downsizing too.

Being Too Conservative with Investments

One of the great myths perpetrated by the financial industry is that retirees need to be conservative with their investments. It’s commonly suggested to move away from equities and into safer, fixed instruments like bonds. This approach doesn’t account for the fact that investments still need to grow, even after retirement.

Without continued growth, your savings may not last over the long-term. At a minimum you’ll need your investments to grow enough to keep pace with inflation (typically 2% to 3% a year). It’s best to keep your retirement savings invested and growing in retirement. That means you shouldn’t transfer it all to more conservative places.

Unfortunately, taxes don’t go away once you retire. Taxes in retirement are often more complicated. Your employer no longer takes taxes directly off your paycheck, meaning all the responsibility is now yours. If you don’t plan ahead, you could get a painful surprise during tax season. Plenty of retirees make costly tax mistakes.

One of the most common mistakes is failing to withhold the right amount of tax from your pension and/or Social Security income. That can result in a nasty tax bill at year end. Most retirees don’t have to pay federal income taxes on their Social Security benefits. However, if you receive substantial income in addition to Social Security, up to 85% of those benefits may be taxed.

Another mistake is failing to take the required minimum distribution (RMD). That’s a certain amount of money that people age 70 and older must withdraw from IRAs and their 401K every year, based on their age and account balance. Also, with a traditional IRA, withdrawals are taxed as income, and the tax rate is based on your total income for the year.

If you’re not well-versed in tax matters, then you should consult with a trustworthy financial adviser or accountant. Remember that tax planning at year end is likely too little, too late. You should have a plan in place at the start of each year to ensure your taxes are covered. You don’t want any surprises that could jeopardize your finances.

The best advice is to wait (if you can) to begin collecting. If you can hold out to age 70, that’s the best choice for your finances. Really, the only time it makes sense to collect Social Security earlier is if you have health problems. According to the Social Security Administration, the maximum monthly benefit that an individual American can receive each month in 2020 is as follows.

As you can see, you would receive up to $1,525 a month more if you delay until age 70. That additional money can make a big difference to the quality of your life in retirement. For this reason, it’s important to carefully consider the right age at which you should file to collect Social Security benefits. Your other investments, debts, and overall health will all be big factors in this decision.