Don’t Fall For These Gold and Silver Scams 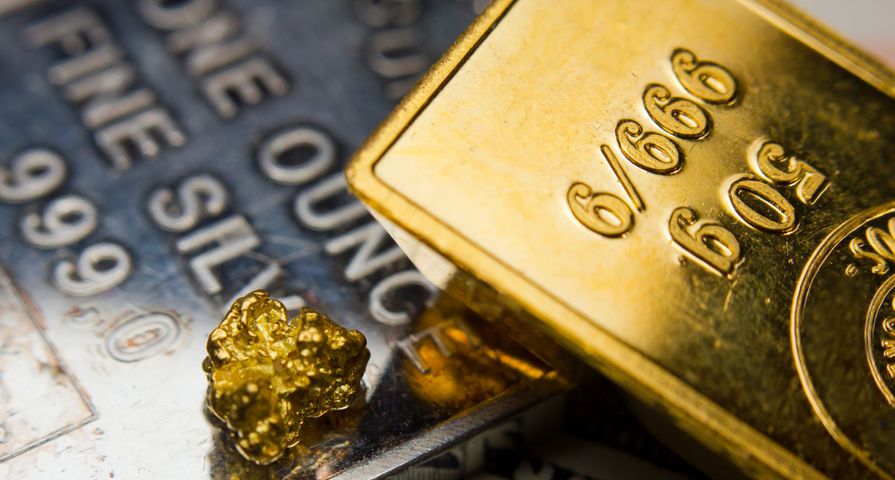 Here's What The Fed's Emergency Interest Rate Cut Means For You

With global economic markets often on the rise and fall, there are some headlines floating around the internet that urge you to invest some (or all) of your retirement funds in gold and silver. You should absolutely not do this.

A recent report from Quartz details how predatory Facebook ads have been targeting senior citizens — especially those who lean politically conservative. Those ads are used to get seniors on the phone with a salesman who uses “extremely high pressure” tactics. Some of the ads direct to a perfectly normal looking website called Metals.com.

How The Scam Works

The scammer will warn their mark about a supposed new law that would enable the government to confiscate retirement savings in the event of a major recession. Or they will offer to protect a retirement fund from a coming economic crash caused by Democratic political action. If you fall for it, you”ll be asked to transfer your retirement savings into a specialized IRA. This self-directed IRA is able to invest in a variety of areas, including previous metals.

The problem is that any gold and silver will be bought at inflated prices. The value of that IRA will almost instantly drop in half (or more). Here’s the story of one senior, Cheryl, who spoke to Quartz about her experience.

“Eventually she agreed and, at the direction of the salesman, she said, she transferred $83,000 of her retirement savings into a self-directed Individual Retirement Account (IRA), a special kind of IRA that allows a broader range of investments, including precious metals. Then, with the salesman’s help, her $83,000 was used to purchase silver coins from Chase Metals to be held in the IRA. Separately, she bought $60,000 worth of coins that she had delivered directly to her home.”

“When she checked her IRA balance online, she said, it turned out that instead of the $83,000 she expected to have, her holdings were worth less than a third of that. That’s because the price of the coins she purchased was far higher than the value of the precious metal they contained.”

Should You Invest in Gold or Silver?

Cheryl’s story is a sad one. All told, she estimates that she lost around $25,000. In the end, she had to sell some of the coins she bought separately back to Chase Metals just to recoup a portion of her funds. Naturally, they offered a much lower price than the one she originally paid for them.

While plenty of people do invest in precious metals, it’s a highly volatile market filled with shady characters and organizations. The AARP regularly warns citizens to beware of coin scams. Additionally, most financial experts would only advise putting a maximum of 5% of your investments in precious metals.

Chase Metals (and their associated brands Metals.com and TMTE) have attracted the attention from state regulators. They have been accused of fraud and illegally offering investment advice. In some cases, Quartz uncovered cases where they sold gold and silver coins at over 200% markup. Many states, such as Texas, Kentucky, and Georgia have already taken action against the company.

Maybe you enjoy the thought of having a pile of gold around, to bring out your inner pirate. If you do want to buy precious metals, there’s one important thing to remember. The value of any gold or silver product doesn’t come from it being a “collectible” or collector’s item. Those are unregulated phrases that can be used by anyone.

The true value in a gold or silver coin/brick/bullion/whatever is only in its “melt value.” That is, the actual value of all the precious metals inside it, if melted down. Most collectible coins are not 100% gold or silver, but rather filled with a bunch of other, less valuable metals. Anytime you are buying gold or silver, ask for the item’s melt value. In some cases, Chase Metals was selling coins with about $26 of silver in them for $56 each. That a terrible investment, no matter how you slice it.

How To Protect Yourself (or Your Parents)

There’s a reason these scammers prey on senior citizens. Your elderly loved ones might feel a bit overwhelmed by technology. Maybe they are worried about their retirement investments not lasting. Either way, here’s what you should keep in mind to protect yourself. It’s also worth having a talk with your aging parents about the topic.

Legitimate precious metal companies won’t cold call you about investments. You should always speak, in person, to a legitimate financial adviser before you invest in gold or silver. Remind your parents (and yourself) that sketchy Facebook ads are often disguised to look legitimate. As a company, Facebook has faced numerous criticisms over allowing misleading ads, both political and otherwise.

If you suspect that you or someone you know has fallen victim to a gold or silver scam, you should contact your state’s office of the North American Securities Administrators Association. Use this website to find your closest one. You should also report it to your state’s consumer protection office.