What to Do If Your Employer Overpays You 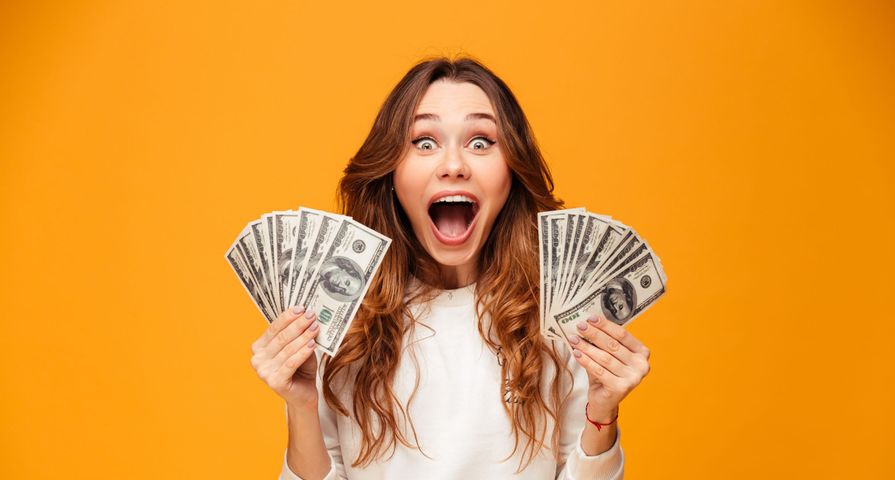 It’s payday! You look at your pay stub or bank balance to find the best surprise ever — you’ve been overpaid! It’s like the “Bank Error in your Favor” card in Monopoly. However, before you start making plans for how to spend your unexpected windfall, you should consider one sobering fact. Under U.S. federal law, most employers will have the right to reclaim that money. These provisions extend to employers in both the public and private sectors. However, they hinge on the company being able to actually prove you were accidentally overpaid.

Legal questions aside, there’s also a moral issue at play here. If you were accidentally paid too much and nobody notices the error, should you report it? How do you even go about giving the money back? This guide will explain everything you need to know about accidental employer overpayments.

Situations in Which Overpayments Can Occur

Payroll clerks sometimes forget to carry the proverbial one, leading to arithmetic errors that result in your paycheck getting an unexpected boost. Or someone makes a type in a spreadsheet, and the computer spits out a higher total than it should. However, such situations are relatively rare. According to employment lawyers, most overpayments result from technicalities contained in work contracts. Here’s a common example.

In such a situation, the employee is legally obligated to repay the signing bonus. Such cases can often wind up in court. However, if you’ve been overpaid, it’s a good idea not to let things progress that far. You can end up on the hook for much more than your undeserved wages if you come out on the wrong side of a court decision. You will likely incur your own legal fees, and potentially be required to pay all or part of your former company’s fees if you lose.

It’s important to note that the exact labor and employment statutes that cover these types of situations vary from state-to-state. The federal Fair Labor Standards Act (1938) give companies the legal right to garnish an employee’s wages to reclaim overpayments. However, state-level statutes can affect how these standards are implemented. In some cases, state legislation works in the employee’s favor. In others, it provides the employer with additional protections.

For example, in Indiana, companies can unilaterally recover overpayments by deducting them from your future wages. They only have to give you two weeks’ notice before garnishing your paycheck. In Washington state, companies can do the same without even giving notice. However, that only applies if the overpayment was detected within 90 days of being issued.

California, on the other hand, aggressively protects workers in these situations. It is illegal for a California company to garnish your wages to recover overpayments. They are only permitted to if you sign a legally binding agreement that explicitly states the repayment terms.

To protect themselves, most employers address the issue in the contracts you are required to sign at the outset of a new position. The terms may be buried in legalese or fine print, but many such contracts contain terms that protect the employer’s interests, while accounting for both state and federal laws.

Should You Report An Overpayment?

Most people are fairly honest. You wouldn’t feel right about pocketing money they didn’t actually earn, right? For others, the fear of being “found out” — and potentially punished — is enough to prompt them to speak up. These issues can be amplified by a number of factors. If you have a good working relationship with your employer, you won’t want to ruin that. If you work for a small business that’s struggling to get by, an overpayment starts to feel more like theft. Maybe you’re new to the job, or planning to stay with the company for the long haul. In that case, not reporting an overpayment can sour your career prospects quickly.

On the other hand, you may be tempted to keep the extra money. If you were working for the employer on a contract that has since expired, there’s not much to lose. If you’ve since left your job on other terms, good or bad, there’s a tendency to shrug and say “well, what can they really do about it?”

It often feels easier to keep the extra money when you don’t actually have to look someone in the eye after you do it. Remember that if you elect to keep the money (and hope the company doesn’t notice), you’re putting your job and your future relationship with your employer at risk. If you don’t work there anymore, you could also be inviting legal trouble. In most cases, that roll of the dice simply isn’t worth it.

How to Report an Overpayment

Companies typically have policies in place to deal with these types of situations. Regardless of whether or not you still work for the company, your first step should be to report the overpayment. The obviously recipients are your direct supervisor, a member of the payroll or accounting team, or to a human resources officer.

You should take the following steps.

Also, keep in mind that wages and salaries are not the only forms of compensation that might be overpaid. Employers sometimes give their workers too much holiday pay, reimburse them for expenses they did not incur, or repay too much for legitimately claimed expenses.

Work With Your Employer to Fix the Situation

If you come forward voluntarily, chances are your employer will do everything it can to make the repayment process as easy as possible. It’s best to simply work out a way to refund the overpayment in a lump sum, if you can. However, this may not be an option in all cases. For example, if no one notices the mistake until weeks (or months) later, you might not have the money readily available to return.

Setting up a plan to repay the money usually involves taking a haircut on your future earnings until the discrepancy has been settled. Most repayment plans will spread the overpaid sum out over multiple pay periods so you don’t have to make a huge one-time financial adjustment. While you shouldn’t expect this to happen, your company may simply tell you not to worry about repaying the money. If the amount was modest and you were forthcoming about it, you might be rewarded for your honesty.

What If Your Employer Falsely Claims An Overpayment?

In rare cases, your employer may claim it made an error and overpaid you, when it didn’t. This can lead to protracted disputes that may not work out in your favor. It could damage your standing with the company. If it reaches the courts, things might get worse. Businesses usually have more legal resources at their disposal than individual employees.

Nonetheless, your first step should be to request details and documentation. Ask your employer to provide you with a written statement summarizing the date and amount of the alleged overpayment. Compare this against your own records to make sure you didn’t accidentally overlook something.

If you’ve done your due diligence and your employer is unfairly threatening to garnish your wages or take other action, consult an employment lawyer. Free and low-cost legal aid services may also be available to you through community groups and other local resources, if you need them.