How to Attend Sporting Events Without Breaking the Bank 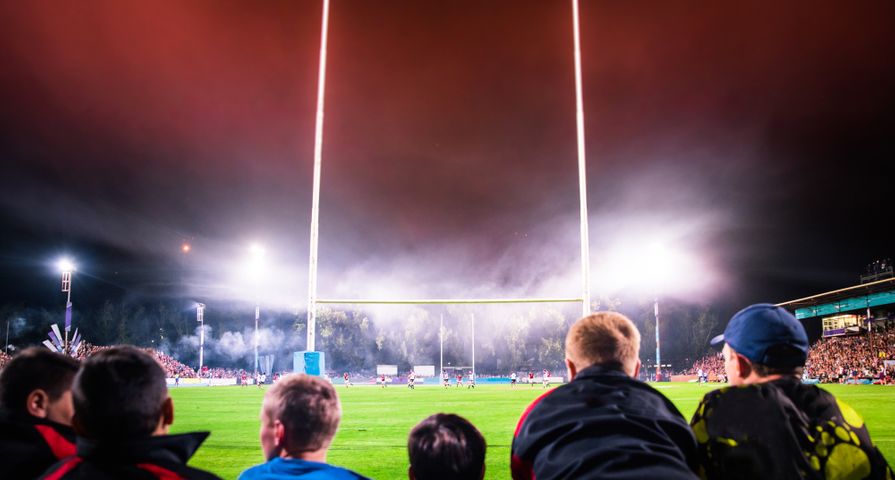 How To Not Overspend When Planning Your Wedding

We all know how expensive attending a sporting event can be these days. Decent seats, concessions, and parking all add up quickly. For many fans, watching the game at home has become a more appealing option — especially now with the advent of big screen, high-definition televisions.

However, you might still have the itch to root, root, root for your home team in person. If that sounds like you, chances are there’s a minor league baseball, hockey or basketball team near you. Or maybe some local Division-III college with an athletic program or some other second-tier professional league that practically gives away its tickets.

So there you have it! What? Oh, you want to attend a “real” sporting event? Well, if you follow a few simple rules, you’ll be able to attend a game of one of North America’s major sports leagues (or a big-time NCAA game) without having to skip out on this month’s electric bill.

If you’re not able to get tickets for free like the cool kids, then you’re going to have to at least throw down to get into the gate. The crappiness of these seats is irrelevant, though. In 90 percent of sporting events, you will be able to sneak into better seats. Obviously, this works best if you’re with no more than two or three other people. However, if you are in a big group, chances are you’ll entertain each other more than the game will, regardless of where you’re sitting.

This is harder to do for NFL or big-time college football games. A lot harder — but not impossible. Just be sure you secure the cheap tickets way in advance, because these have the highest probability to sell out. However, this stunt is practically impossible for a Red Sox-Yankees game.

Your best bet for ultra popular games is to arrive early and try to stake out a spot in the stadium’s general admission areas. Lots of arenas have some sort of sponsored beer garden or other area that is first come, first serve. They aren’t front row, but better than being in the nosebleeds!

One last tip: there are numerous ticket apps now. You can often stand outside the stadium and watch as the average prices drop as it gets closer to the start of the game. For games that aren’t in high demand, you can usually get tickets for almost half-price if you don’t mind missing the first few minutes of action.

Carpool or Hitch a Ride

If you don’t have reliable public transportation to a stadium (or just don’t want to get shanked by a hobo while waiting for a subway), you’re going to have to get there yourself and pay for parking. These days, parking can run anywhere from $40 to $100+. That’s insane! See if anyone is willing to just drop you off and take off. Otherwise, try to arrange a carpool of other fans going to the game that will split the cost of gas and parking with you. It can save you a serious amount of cash.

For places that allow it, try to arrive to the parking lot of the event about two hours before game time. Then you’ll have plenty of time to consume as much food and beverage (adult or non-adult) as you like. Fill up early and you won’t have to shell out $11 for a hot dog or $19 for a watered down light beer.

On the off chance that you can’t get to the game with enough time to tailgate, there is something else you can to so save on concessions besides starving or dehydrating yourself. However, the ethics of our next suggestion are a little shady.

Thank the Inventors of Cargo Pants

Whether this guy is alive or not, we all owe them a thank-you note at the very least. It’s not hard to figure that a clothing item with multiple pockets will come in handy to the cheap thrifty sports fan. You can put whatever you want in these extra pockets as long as there’s not an obvious bulge. If the bulge is questionable, you can always pull a trusty move I learned. It usually gets you by with no questions asked.

As you’re about to walk up to the security personnel, pull out your wallet, keys, and cell phone from your front pockets. Hold them up and over your head, or with your arms straight out to your sides. More likely than not, they’ll see this as a sign of you being an honest guy and they’ll let you right through. Those suckers.

You don’t always have to be sneaky about bringing in snacks, though. Most Major League Baseball parks allow outside food, as long as it’s reasonably packaged. Lots of stadiums also allow water bottles. Make sure you check the team website to know what you can and can’t get away with. Definitely don’t try to sneak in alcohol — you may be refused entry entirely (or thrown out) if you’re caught.