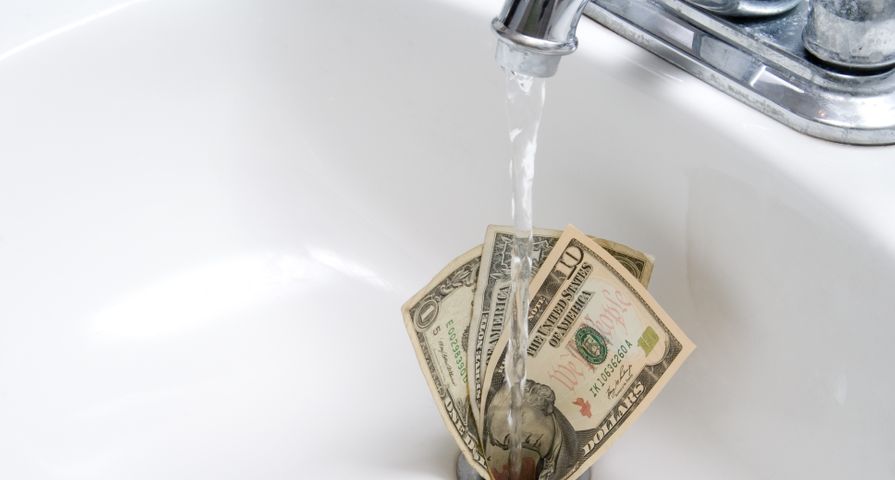 There are lots of common financial mistakes that many of us make. Not budgeting for monthly expenses, for example. These mistakes, while not advisable, usually aren’t too damaging. If you can correct the course, your personal finances will be back on track quickly and easily.

However, there are also some serious mistakes that people make with their money. The kind of mistakes that can ruin your finances for a long time. Maybe forever. We’re talking big mistakes that can result in your house being put up for sale or your car being repossessed. Here are seven serious financial mistakes that should be avoided at all costs.

Instant gratification is a problem. There is a desire to own things immediately, rather than save for them. This leads many people to accept those “buy now, pay later” plans at department stores, warehouse clubs, and other retailers. People pick out a new sofa, television, or fridge on the promise that they don’t have to pay for six, twelve, or even 18 months later. Sounds great, right?

Some deferred payment plans run for two or three years. However, problems can arise when those payments come due. Especially if you’ve furnished your entire house using multiple deferred payment plans. Keep in mind that many of these plans come with interest rates of 25% to 30% or higher. While you defer the payment for a while, it eventually comes due. Some people find themselves overwhelmed and unable to afford all the stuff they’ve bought. Store credit cards are equally bad and charge ultra high interest rates. For these reasons, it is almost always best to avoid “buy now, pay later” programs.

Just because you’re offered multiple credit cards doesn’t mean you should take them. But many people do just that. According to a study conducted by Gallup Inc., the average American adult owns three credit cards. That’s two cards too many.

The debt grows with the interest and the credit cards that were supposed to provide convenience become major liabilities. In really bad situations, you might end up using one credit card to make monthly payments on another credit card. When this happens, you know you’re in serious financial straits. The smartest approach is to own one credit card that has a low limit ($5,000 to $10,000). Pay the balance off each month and avoid the hefty interest charges.

Using Savings To Pay Off Debt

More of us are responsible for our own retirement these days, as company sponsored or government pension plans are rapidly becoming less valuable. And less common. Building a nest egg during your working years is critically important. We could argue that saving for retirement is the single most important personal finance goal for everyone.

So, it’s always a bad idea to raid your retirement savings to pay off debt. It is never a good idea to dip into your 401K (or RSP) to pay off a credit card or line of credit. First, if you withdraw from your retirement account, you’ll have to pay income tax on the amount. That will hurt. Second, you’ll pay a 10% “tax penalty” on top of the regular income tax. More financial pain. Third, you’ll miss out on your savings growing tax free over many years, earning compound interest along the way.

The bottom line is that it’s never a good idea to take money from your retirement savings to pay down debt. It might seem like a quick and easy solution, but it’s very costly in the long run. You’re better off finding extra money or tightening the purse strings to pay down debt. Tax deferred retirement savings plans should be protected at all costs.

Car lots always seem to push a lease. They would rather you lease a vehicle then finance it over a number of years. The reason for this is because it equates to never ending car payments for them. If you finance a car over 36, 48, or 60 months, you end up owning the vehicle outright by the end. You’ll make no further payments.

However, if you lease a car over 36 months, you’ll own nothing at the end of three years and be stuck looking for another ride. That means committing to another lengthy round of payments. Or you can start taking the bus.

Pushing you into one lease after another is great for business, but bad for the consumer. The same applies to renting an apartment or house instead of buying one. We know that it can be hard to find the down payment and affordable mortgage to buy a place, but the financial benefits are huge.

Some people just seem to be satisfied with leasing vehicles or renting appliances rather than buying them outright. Those payments can eventually stop, if you get off the leasing carousel. Remember that money freed up after paying off a car or other major purchase can be put towards other priorities such as saving for retirement or paying down debt.

If there’s one thing worse than living on your credit cards, it’s taking out payday loans. Or any other loans that charge extremely high interest rates. As a rule, you never want to finance your daily life with debt. Consider that a recent government study concluded that the typical payday loan charges the equivalent of 442% annual interest, and you can see why using such a service is a terrible financial decision.

Other types of loans to be avoided include those offered by pawn shops, casinos, and car title loans – which is when you use your car as collateral. Not only do these types of loans trap people into trying to pay off a debt that grows exponentially fast due to the high interest rates, but they can result in the loss of property. If you find yourself needing money between pay checks, it’s a sign that you are living beyond your means. You need to nail down a better budget to help stay on track financially.

Drawing Down Equity In Your House

Some people get themselves into trouble by drawing down the equity in their home. Using products like Home Equity Lines Of Credit (HELOCs), they basically forfeit that equity in exchange for cash flow. Essentially, they’re like a second mortgage on the house.

Where you can get into real trouble is if you become “upside down” in your mortgage. This means that you owe more than the house is worth. Generally speaking, it’s never a great idea to draw down the equity you have accumulated in your house. The only time a HELOC might make sense is if you use it to renovate or improve the house and increase its value. Sadly though, many people use HELOCs to finance exotic vacations and buy sports cars.

Not Saving For Retirement

Not saving for your future is a serious financial mistake that has long-term implications. Yet the savings rates in the U.S. are abysmal. Data from the Federal Reserve shows that the average American household has only $11,700 in retirement savings. Worse, 29% of U.S. households have less than $1,000 saved for retirement. What will happen when you’re too old to work? Social Security will not be enough for most people to live on.

There is a reason why financial experts warn that there is a retirement crisis coming. You need to have money put away for old age. Saving for retirement on a consistent basis from the time you start working is crucial. As already mentioned, it is equally important to resist the urge to touch those savings over the years. Rather, let the money grow through the power of compound interest. Add to the nest egg every chance you get. Your future self will thank you.