Life Events You Should Never Go Into Debt For 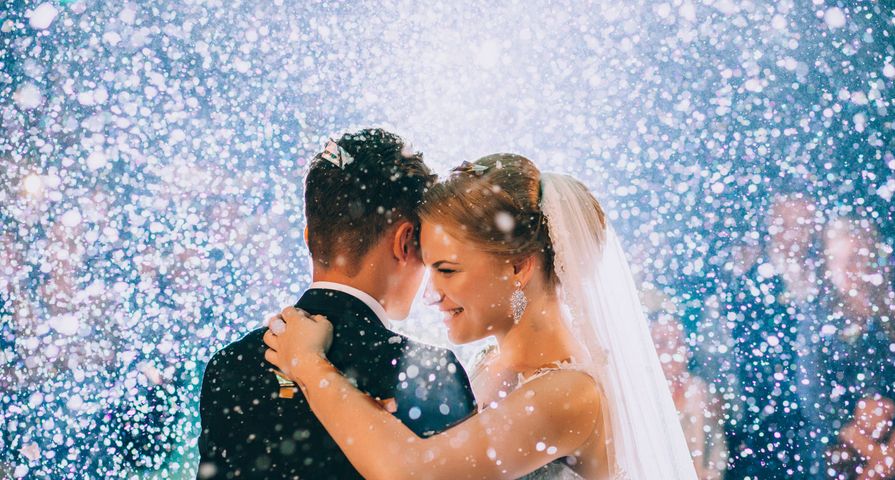 There are some costly events in life that you simply cannot avoid. You may have to go into debt for them. These include unexpected medical emergencies or a major (and necessary) home repair. That said, some debt should be avoided whenever possible. There are certain things in life that you should never go into debt for — whether an event or a purchase. This new debt can quickly add up and overwhelm your finances. In short, these life events are worth the debt they often cause. Here are five things you should never go into debt for, no matter how tempting it might be.

The holidays can really put you in a financial hole. According to the National Retail Federation, the average American spent $1,050 on holiday gifts, food, and travel in 2019. Nearly three-quarters of that amount was purchased with credit cards. Credit cards that charge an average of 18% to 30% in interest. This is not smart shopping.

A report by CNBC found that less than half of shoppers (42%) said they’ll pay off their holiday debt in three months or less. Most people take five months or more to pay off the debt. Those who only make the minimum payment on their credit card could spend five years or more paying off a $1,000 holiday debt.

Of course, the holidays roll around again every 12 months. There’s a risk of piling on more debt when you haven’t quite even finished covering last year’s spending.  Do yourself a favor and set aside a little cash each month for Christmas. If you save $100 a month throughout the year, by December you’ll have $1,200 to spend on the holidays. Or just make more realistic gift decisions for your friends and family.

Rest and relaxation are important. However, an amazing vacation in an exotic locale can leave you feeling even more stressed if it puts you thousands of dollars in debt. Financial website CreditDonkey has calculated the average family of four spends $4,580 on a vacation. Those costs include airfare, hotels, food, and activities. Without careful planning, vacations can leave you seriously in debt.

The worst thing about vacation debt is that you have little to show for it when it is over. Maybe you bought a few trinkets, a souvenir t-shirt, and took some fun photos. Unfortunately this is, by definition, bad debt. Good debts provide you with an appreciating asset, such as a house. Bad debts are things that leave you with nothing but a big bill to pay. Usually one that is getting bigger as interest piles on.

If you want to go on vacation, save up for it. Or, better yet, plan on going away on vacation every second year. In between trips, have a staycation at home. You may be surprised at how relaxing sticking around the house can be.

Your wedding is a special day. One of the most special days in your life, in fact. When it comes to weddings, many people want to make it a big event. They will spare no expense to have the day they’ve always dreamed of. Unfortunately, vendors and businesses that cater to weddings know this. That’s why they charge an arm and leg for their services.

Despite these exorbitant costs, everyone seems willing to spend major money on their wedding. “It’s a once in a lifetime event,” they say to themselves as they sign another invoice. Many couples take on heaps of debt to have their dream wedding. This is a huge mistake. It will leave newlyweds in serious financial straits just as they begin their life together.

The truth is that you don’t need to spend a lot of money to have a fun and memorable wedding. Keep it simple. Or at least scale back your expectations. You have a whole lifetime to make amazing memories, so don’t dig yourself into a financial hole just to experience one extra special day. Your wallet (and future) will thank you.

Cars are a terrible investment –especially brand new cars. New cars are both extra expensive and a depreciating asset. They decline in value the moment you buy them. Then they continue to drop in value as you drive them. The more miles you drive, the less valuable a car becomes.

Despite this, many of us take on car loans of $30,000 or more, with interest rates of anywhere from 5% to 15%. Even worse, buyers are increasingly taking out loans of 66 to 96 months. Loans like this with longer terms often leave people “underwater.” That means they owe more money for their car than it’s actually worth. This is a terrible situation.

(Even shorter car loan terms can leave you underwater, at least temporarily, as the value of your new car drops immediately –sometimes by over a third —  after you drive it off the lot.)

Most financial experts agree that it’s always better to buy a gently used car — one to three years old, depending on mileage and condition. Then, if you must take out a loan, try to keep the term under five years. In fact, a 36-month term would be even better. Shop around for the lowest interest rate. Then pay off the car, own it outright, and drive it until the wheels literally fall off. The longer you can go without another loan payment for something that constantly loses value, the better off you’ll be.

Side note: Never lease a car for personal use. A lease is basically never ending car payments at higher interest rates.

Most of us have experienced what it’s like to be short of cash a few days before payday. Whether from poor planning, overspending, or an unexpected emergency, running out of money before payday happens to the best of is. However, being cash strapped is never an excuse to take out a payday loan. Allow us to repeat that. NEVER. TAKE. OUT. A PAYDAY. LOAN.

Companies offering payday loans prey on desperate people. They charge horrific interest rates that can equate to over 400% on an annualized basis. Payday loans also contain tricky language and repayment schedules that can further trap people in a vicious cycle of debt. It can be almost impossible to escape.

Even small payday loans can be extremely difficult to pay back. Rather than take out a payday loan, it would be better to build up an emergency fund. That way you can tap into it if you find yourself short before you get paid again. It may take time to accumulate and build, but it’s worth it. Start small by putting aside $50 or $100 a month. It really adds up over time. This fund will help bridge the gap when money is tight. This is a much better approach than taking out a costly and dangerous payday loan.