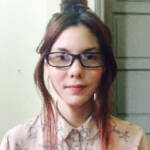 The History of Michelin Star

Michelin star is a French invention. It started in 1900 with the publishing of the “Michelin Guides.” These guides directed chefs on achieving culinary excellence and provided outlines for restaurant kitchen conduct. Nearly three decades later, it awarded its first stars in 1926. In 1931, the system broadened to the three-star rating system that is still in use today.

The rating system can be broken down as follows:

Many exquisite Michelin star restaurants are scattered across the world, so there’s something for everyone no matter where you are. Chef Chan Hong Meng, also known as “Hawk Chan,” is a renowned chef in Singapore. His street stall “Liao Fan Soya Sauce Chicken Rice & Noodle” received a Michelin star in 2016. As the world’s cheapest Michelin star restaurant and the second street stall to receive a star of excellence, it sells dishes as low as $1.50. In the heart of Singapore, his stall is close to many of the city’s main attractions.

Among the dishes sold are crispy-skinned soy chicken, barbecued pork and pork ribs. While the 2021 Michelin update didn’t include Hawk Chan’s famed dishes, they’re still worth a mention. For more information about this modest, albeit excellent, food stall, visit its Tripadvisor page. The Kam family has been known for its delectable roast goose for more than 70 years. Third-generation family members opened the current shop; while famous for its roast goose dish, it offers a wide range of delicious goose dishes and other roasted meats.

The restaurant is on the iconic Hennessy Road in Hong Kong’s Wan Chai district. Dishes cost between $9 and $38. This small, humble restaurant can fit a maximum of 30 people at a time. So, expect to queue for a while when you get there. In Chef Yuki Onishi’s journey to reinvent the classic ramen dish, he won the first Michelin star ever awarded to Ramen cuisine. His dishes are known for tasting heavenly while being MSG-free. Each item on the Tsuta menu adheres to a strict natural ingredients-only policy, with some of its most popular dishes being the premium char siu shoyu soba, spicy teriyaki chicken Ramen and tonkotsu soba.

His Tokyo restaurant features a convenient ticket system. It assigns you a time slot so you can avoid having to wait. It prices its dishes between $9.49 and $14. You can find up-to-date information about the restaurant here. Situated in Pathum Wan, Bangkok, this restaurant offers the chance to experience ancient royal Thai cuisine in the modern day. With a core value of retaining authenticity, it strives to create ancient flavors despite the limitations posed by not having all of the ingredients the cuisine once used. The price of dishes ranges from $10 to $70, with main menus more expensive than starters.

Some of its most enjoyed dishes include grilled pork red curry and crabmeat with a sweet and sour coconut sauce. The Michelin Guide recommends its sweet and sour crispy rice noodles with river prawns. Additionally, you can reserve a table and avoid long wait times. Located in Jongno-gu, Seoul, Balwoo Gongyang is more than a run-of-the-mill Michelin restaurant. As the only temple food restaurant to earn a Michelin star, its authentic temple food has roots in Korean Buddhism. This culture stems from 1,700-year-old traditions. While Koreans are well-known for loving barbecued meats, Balwoo temple food is strictly vegan and conscience-friendly.

In an interview with Chef Kim Ji Young, she says she hopes “this occasion leads to increased exposure of temple food and Korean cuisine to people around the world.” She recommends people try the seven-course Heesik, noting that it’s “quite special.” The lunch menu costs $28, while it prices the more extravagant dinner menu between $42 and $95, depending on what you order. This modern Tapas bar is in the heart of vibrant central London on Soho’s Dean Street, but the franchise has four London locations in total. It has a magnificent collection of Spanish tapas alongside other regional a la carte menus from different parts of Spain. Try its piquillo pepper tortillas, grilled quail with aioli or chicken thigh with romesco sauce. The Dean Street location accepts walk-ins only, but you can reserve a table at any of the other three locations.

It prices dishes from $25 to $60. This is not only reasonable by London standards but also incredible for a Michelin star restaurant in London. For those looking for affordable Michelin star dining opportunities closer to home, Meadowsweet, New York, is the perfect pick. Its menu features American food with a Mediterranean influence and meals are between $14 and $16 for lunch and $24 and $42 for dinner. Popular starters include tuna tartare, crispy baby artichokes and braised Wagyu beef empanadas.

Its most sought-after main dishes include pan-roasted chicken, spiced duck breast and American Wagyu bavette. Next time you’re in New York and in the mood for affordable fine dining, visit Meadowsweet. However, check up-to-date information about opening hours. With Dim Sum-style plates of seasonal Californian cooking, the Michelin Guide notes that the items on State Bird Provisions’ menu can be a little confusing at first — all the more fun! Located on Fillmore Street, San Francisco, its dishes start at $5 and are exhibited on rolling carts pushed by the wait staff. Note that obtaining a reservation can be challenging, and for a table at dinner time, your wait may start as early as 4:30 p.m.

Zé Almeida founded this Sao Paulo Michelin star restaurant in the 1960s and his son, Rodrigo Oliveira, now runs it. Located in a secluded area, it requires a bit of off-the-beaten-track traveling to get to, but the northeastern delicacies will be worth every mile. Dishes are between $27 and $41 and include classic Brazilian rice and beans, bone marrow with bread and arugula and sun-dried beef.

Despite the common conception that Michelin star dining isn’t affordable, there are plenty of reasonably priced options around the world. So, no matter your budget, you’ll find fine dining worth traveling for. Marie is a psychology graduate and freelance writer. Her wide range of interests include science, eastern philosophy, and music.