12 Money and Personal Finance Quotes From Our Favorite Cartoon Characters 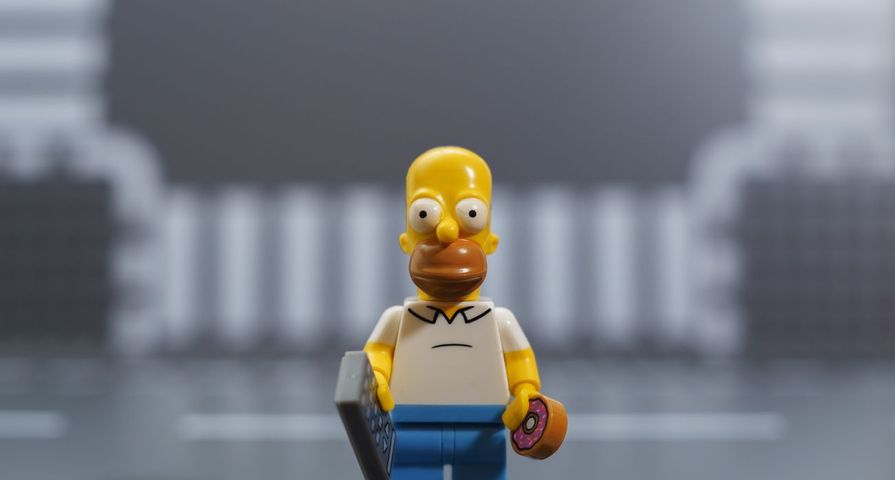 Chances are, most of the personal finance advice you’ve encountered came from books, articles, and interviews with experts. There is no shortage of money management wisdom from these sources, and frankly, it can get a bit repetitive after a while. How many times do we need to hear platitudes like “spend less than you make?”

Sadly, the “boring” delivery of personal finance advice leads some people to tune it out, no matter how valid or helpful it happens to be. As a change of pace, Wealthversed assembled 12 money and personal finance quotes from our favorite cartoon characters. Perhaps unintentionally, these characters have made excellent and worthwhile points that deserve your attention.

Ignoring Homer’s appalling grasp of arithmetic, it’s worth observing that this statement is the opposite of the truth. Various wise individuals have said that money solves problems that the lack of money creates. In other words, if you’ve been struggling to pay your utility bills, make your car payments on time, or buy a presentable wardrobe, more money will indeed solve those problems.

That said, it will do little or nothing to solve interpersonal, romantic or psychological shortcomings. Regrettably, many people go into debt buying lavish items that they erroneously believe will solve those problems.

2. “I hope this isn’t a rip-off like that breakfast machine I bought!” – Peter Griffin

Peter’s failed attempt at buying an automated breakfast-making machine illustrates the importance of comparison shopping and research before purchase. While most merchants are honorable, a rotten few will always hock outdated or useless merchandise to the unsuspecting public. Without careful research of major purchases, it is all too easy to overpay for inferior merchandise or, as in Peter’s case, buy something that falls utterly short of expectations.

Another way to avoid such an outcome is to delay such purchases until you can operate from a position of strength and calm, rather than panic and urgency.

Here, Cartman is voicing the widely held notion that entertainment must be expensive. To be sure, there’s nothing wrong with a lavish night out on the town. Plenty of us have fond memories of nights involving huge bar tabs and restaurant bills.

Still, such outings are not the only way to have fun. It’s worth remembering that countless activities can be enjoyed for little or no cost, including hiking, biking, fishing, swimming, camping or reading. Keep these types of ideas in mind before concluding that the day or night is wasted because money is tight.

4. “Well, I don’t have anything else planned for today. Let’s get drunk!” – Bender

Bender’s listless alcoholism contains a parallel lesson for money management. Runaway spending and debt do not, in most cases, simply “happen” to someone. Rather, they tend to arise from the lack of any coherent, over-arching financial plans or goals.

Someone who is ambitiously saving up for their dream home, for example, has a superior and ever-present alternative to blowing money on impulse purchases. Conversely, someone who is motivated only by the vague goal of “savings” is more likely to succumb to unintelligent financial temptations.

5. “I tell you what, this family goes through microwaves like other families go through shoes.” – Hank Hill

While it’s perfectly advisable to save money, some people take it too far. Buying poorly made appliances because they cost less in the short-term is usually not a net saving. Actually, it exposes you to higher repair or replacement costs later.

On the other hand, spending a little more upfront for quality products often does save money overall. This is because the item in question will last longer, perform better, and create fewer headaches than the “cheaper” alternative.

Rather than winding up in Hank Hill’s predicament, just spend the money to buy the quality option upfront.

6. “If this is mom, uh send money because we’re college students and we need money for books… and highlighters… and… ramen noodles… and condoms.” – Stewie Griffin

As Stewie’s fictitious answering machine message displays, far too many college students and young adults are financially dependent on their parents. Plenty of today’s students actually do not work at all during school, opting instead to live on mom and dad’s dime. However, this is rarely the ideal way to set the tone for one’s adult life.

At some point, every young adult needs to stand on their own two feet, financially and otherwise. You should generally strive to start assuming control of your finances once you reach this age.

7. “We’re gonna make it through this. We still have 20 bucks. In this town, with our brains, we’ll turn it into millions in no time.” – Roger (American Dad)

Those in financial trouble often feel despair about their prospects for recovery. Frequently, such doubts arise out of the belief that they don’t earn enough money, lack a financial advantage that other friends or family members have, or are buried too deeply to recover.

However, as Roger — sort of — points out, plenty of people have risen from the ashes using little more than the meager resources at their disposal and a go-getter attitude. To concede financial defeat because of dire circumstances is ruinous to your chances of eventual success.

8. “All he does is lie there like an unemployed whale.” – Bart Simpson

It should go without saying that steady, prosperous employment is essential to financial success. If you are frequently out of work, it will be difficult to nourish a savings account, grow an investment portfolio, or even put food on the table. Plus, as Bart lamented, sustained unemployment tends to produce depression, anxiety, and listlessness.

For all these reasons and more, you must strive to always be employed.

9. “We need to learn how to drive hybrid cars without being so smug about it!” – Kyle Broflovski

Another all too common source of financial ruin is chasing fads. In one episode of South Park, the town becomes absorbed in hybrid car hype, buying them for no other reason than to share in the environmentalist self-congratulation of it all. Kyle, without knowing it, dispenses the correct advice for this and all other purchasing decisions.

The reason to buy something is that it is objectively a good value and something you want, not to maintain an image on par with the rest of the herd.

There is an old saying that while smart people learn from their mistakes, geniuses learn from other people’s mistakes. Never is this truer than when it comes to personal finance.

Most people witness a wide range of financial behaviors from friends and relatives as they grow up. If you are just starting out financially, it is often advantageous to take stock of all the choices you have witnessed other people making and what the results of those choices were. Deciding who to emulate and who to ignore is critical.

11. “No one believes forecasts, but we all want to hear them.” – Dilbert

Among cartoon characters, Dilbert stands tall in terms of financial acumen. Here, his point can easily be applied to the current recession.

Whenever the market tanks, large portions of the population eagerly await the latest forecasts and predictions of when things will begin to turn around. The fact that such forecasts routinely turn out to have been wrong does little to dissuade people from seeking them. Instead, you should largely ignore speculative claims about where the economy is going and focus on shoring up your own financial position. Whether that means higher savings, more effort at work or growing a small business.

12. ” You be careful too, Hank. You’re going down there with a liver, two kidneys, and no timeshare. I expect you to come back the same way.” – Peggy Hill

The worst thing you can do is walk into a store full of salespeople without already knowing what to buy. Any uncertainty on the part of the shopper can be used to manipulate you into buying something far more powerful, grandiose, and expensive than you ever needed to buy.

Frequently, a salesperson is going to push what it is most lucrative for him to sell, rather than what is most beneficial for you to own. In order to avoid these hassles, it’s best to decide early on what you want and drive to the store only to emotionlessly buy it.